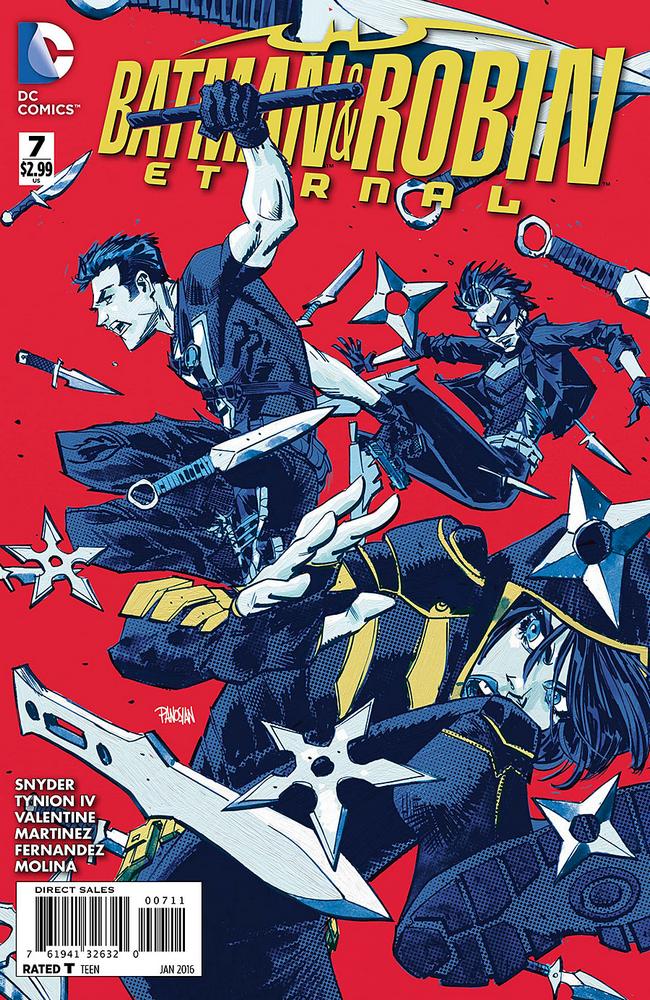 Who doesn’t love a great ballet? As Dick Grayson narrows in on the next clue in tracking down the mysterious Mother, Harper Row and Cassandra Cain go on assignment at the grand ballet in Prague. Little do they know, they’re the ones facing the spotlight.

I’m just going to say it. I never understood the compulsion to ship two characters until reading this comic. I mean, I get the concept, that sort of overwhelming desire to pull two characters into a love relationship that may or may not have a basis in authorized fiction. But I never really felt it. But I feel it. Genevieve Valentine has made me feel it. It’s real and it’s spectacular.

I want my Harper/Cass ship to be real and I want it now.

That there’s even a miniscule likelihood that love could bloom between these two young women in the coming months has me — no joke — anchored to this title like it’s my new bible. I seriously never even considered it (although how could I? Cassandra has been returned to the DCU a mere six weeks) but now that it’s scratched its way into my brain, I cannot think of them any other way.

It doesn’t hurt that the art in Batman and Robin Eternal #7 presents this truly lyrical set of moments between the two women as they watch a ballet performed. It’s unclear whether this was Cassandra’s first exposure to an art form that seems uniquely suited to the way she reads the world and communicates. What is crystalline in execution is the effect the ballet has on her — and Harper.

The most subtle body language and gestures artist Alvaro Martinez infuses into Cassandra in what is nothing short of a glouriously rendered double page spread are worth reviewing over and over. The slight teardrop, the clutched necklace, Cassandra’s hand on Harper’s. Harper’s hand on Cassandra’s. It’s all as beautiful a dance as the performers (who are illustrated with grace and stunning detail by Martinez as well). The detail Martinez and inker Raul Fernandez put into the Czech architecture, the costuming, even the construction elements of Batman’s Prague Batcave — they all combine to make a beautifully exotic and seemingly dangerous setting for the story to proceed.

Valentine’s focus on Harper and Cass, with Grayson playing leader, is a perfect fit for the writer’s sensibilities in developing complex, thoughtful women on the page. Coming off of her stellar run on Catwoman — negotiating a beautifully delicate relationship between Selina and her love Eiko (not to mention Selina and her cousin Antonia) — I’m so glad to see the writer ply her trade on another well-deserving couple of young female protagonists. It’s almost a shame to have any pages wasted with Tim and Jason here, not because their voices aren’t right on, but because they don’t seem to benefit as much from Valentine’s unique perspective as Harper and Cass (and to a lesser extent Grayson) do.

It’s a beautiful issue, and feels like a strong beginning for how relationships will develop going into the future of Batman and Robin Eternal. Am I left to ship my new dears Harper and Cass (Casper?) or will this play out magnificently on the page without needing my imagination? Not sure. But I am certain that Valentine’s scripting and Martinez’s pencils here have given me something I never even knew I wanted. And that’s a grand feat worth celebrating.