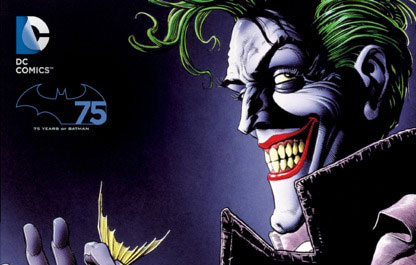 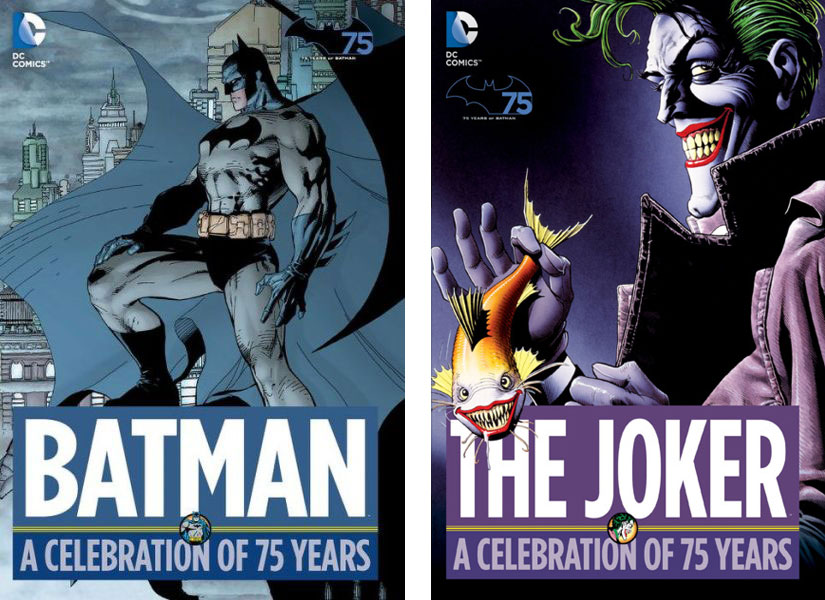 There’s been a lot of Batman collections over the years — not to mention those for the Joker — so there’s an increasingly high bar for putting together a presentation that will seem both fresh and familiar, and honor the characters appropriately. The books released today from DC Comics in their growing “Celebration” line meet the expectations set out for them, with a few extra gems thrown in for good luck.

Crafted in the same format as last year’s Superman and Lois Lane editions, the Batman and The Joker hardcovers looking back at their seven decades in print are beautiful pieces of editorial construction. Interludes are well written, but the art design of the book itself, independent of the stories, makes this a book I want on my shelf. Well curated to hit on a little bit of each decade — just a taste of each one, really — these volumes contain some of the strongest collaborations we’ve seen in comics, and not just in Batman comics.

The work arising out of the partnership of Steve Englehart and Marshall Rogers always gets me with its sharp, clean look and still to-this-day modern feel (The Laughing Fish). Denny O’Neil and Neal Adams performed miracles in their representation of the hairy-chested love god that is the Batman (The Secret of the Waiting Graves). And best of all, discovering a Paul Dini and J.H. Williams collaboration I never knew of within these pages is a delight I could not have imagined (The Beautiful People). And this is just the beginning of what these books have to offer.

To wit, the full contents of Batman: A Celebration of 75 Years include:

“The Case of the Chemical Syndicate” — Detective Comics #27

“The Batman of Tomorrow” — Detective Comics #216

“The Mystery of the Menacing Mask” — Detective Comics #327

“The Secret of the Waiting Graves” — Detective Comics #395

“…The Player on the Other Side” — Batman Special #1

“The Case of the Chemical Syndicate” — Detective Comics #27 Special Edition

And the full contents of The Joker: A Celebration of 75 Years include:

“The Riddle of the Missing Card” — Batman #5

“To Laugh and Die in Metropolis” — Superman #9

There are some noticeable absences from both volumes that probably would have made my personal wishlist, including appearances from the extended Batman family (Batwoman, the original Bat-Girl, Two-Face, and Damian Wayne) and notable writers (no Grant Morrison to be found, despite his lengthy run on the character). The focus seems to be squarely on some unavoidables (the origin stories, the Joker fish) and those characters who today are playing a prominent role in New 52 continuity, even up to this very month: Catwoman, Poison Ivy, Leslie Thompkins, Deadshot, Wrath, and Bane.

The end result, however, is a collection of stories that include many not featured in such grandeur to date, and they do represent a swath of glory for both characters, particularly the Joker. No tribute can equal the influence these two characters have had on the public mind, much less the comics community, but these two volumes are a very nice start towards doing so, indeed.