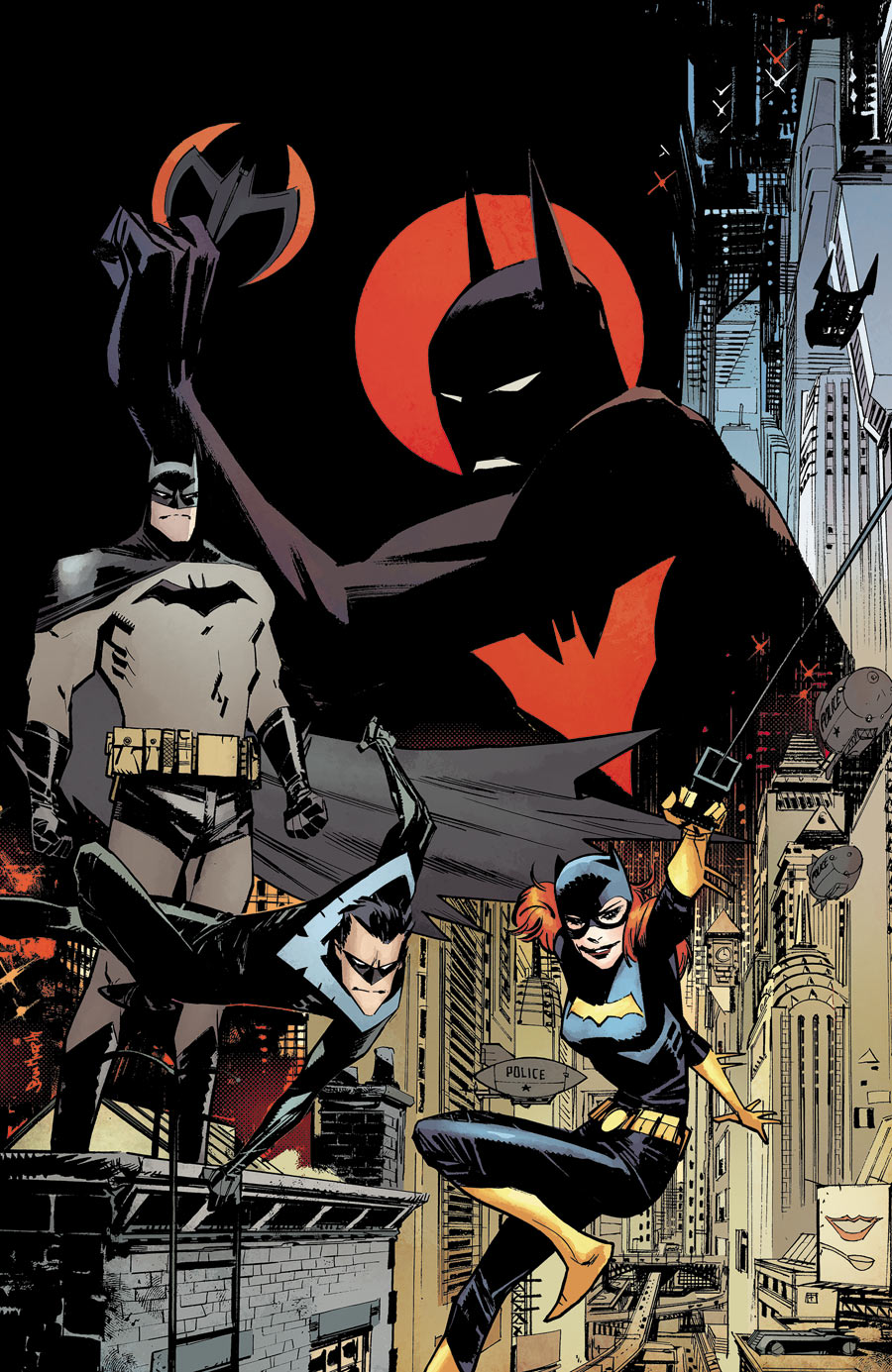 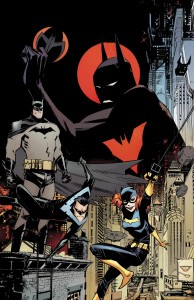 It’s a brave new world, all over again, as both Batman and Justice League Beyond reach 2.0 status, relaunching a title that places them both one year into the future’s future — and things aren’t quite the same. Everything you loved about Terry McGinnis, Superman, and their compatriots in the League is still there, but… without Bruce Wayne? Welcome to a brand new universe, Batman fans.

Kyle Higgins is probably the perfect choice to take over the ongoing adventures of our future Dark Knight now that he’s begun to escape his mentor’s shadow. No stranger to that phenomenon, particularly given his current run on Nightwing relocating to Chicago, Higgins captures Terry’s core personality and eagerness well, juxtaposing him with a gruff, but not as unyielding as Bruce version of Dick Grayson, now the man behind the voice inside the Bat-cowl transmitter. Terry, of course, seems much more grown up, now attending (or at least enrolled in) college, and working more seamlessly with Commissioner Gordon, the former Batgirl (and Grayson’s ex, mind you). Despite that progression, all the voices just seem right for the world, and Silas’ pencils only reinforce that notion. Batman Beyond (of all the Beyond stories) feels the most important to maintain a sense of continuity with the look and feel of the original cartoon, and to a great degree, Silas honors that connection. His angular style of rendering faces and body language mirrors the classic television series, as well as stays consistent with the series that have come before, but strays well away from that house look most DC Kids titles seem to gravitate toward. It helps, I believe, keep this title as one both kids and adults can equally enjoy — a feat rarely seen, but much requested, in the comic market today.

Gage relaunches Justice League Beyond in the second story without much mystery, but if anyone was worried about a decreased presence for the Superman of Beyond, cease your anxiety. This first chapter is primarily a Superman story with significant supporting cast appearances by the League members, now officially expanded to include Captain Marvel (remember, this title bears no connection to the New 52 or any other multiversal earth), Mr. Miracle and the Flash. The story itself may not grab every reader (light and fun as it is) — as it plays out once again a rather clichéd development at this point in Superman’s narrative — but one thing certainly should make you sit up and take notice. I’m not sure where DC Comics has been hiding Iban Coello, artist on the JL story, to date, but man, does he not deserve a shot at the big time or what? Beautiful full expressions (even on characters with full face masks), exceptional body language, clean line and brilliant detail abound on every page. This could very well be a Justice League title to rival the main three books by art alone, and we all know how much I love my League.

A fantastic bold re-beginning for old and new readers alike, Batman Beyond Universe #1 is a great primer for any fan of the original series wanting to get into comics, and an even better book to hand off to kid and adult alike. With two great chapters crammed into each issue and new dynamics to watch play out among characters, there’s plenty here to praise and welcome to your read pile. Take the opportunity to add this title to your routine. You’ll be glad you did.

[For more detail of Terry McGinnis’ new status quo, and what it’s like to write two versions of Dick Grayson at once, check out our interview with writer Kyle Higgins from Wizard World Chicago.]