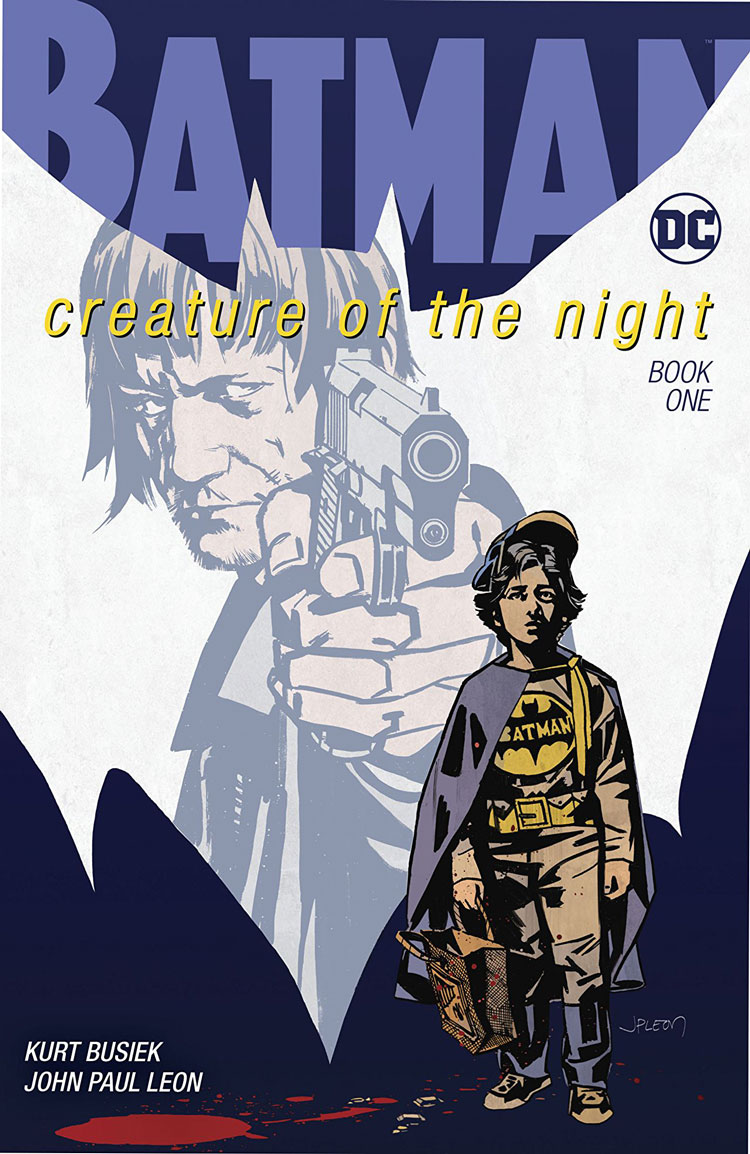 Where is the Elseworlds brand when you need it?

Creature of the Night, a new alternate-world mini-series, kicks off with an issue full of sadness, anger, and surprises. Young Bruce Wainwright is a huge fan of the comic book character Batman, and soon his life echos his fictional hero in tragic ways. Told by Bruce’s uncle Allen Frederick (Uncle Alfred, to Bruce), this issue introduces the players and sets up mysteries both corporal and supernatural. Can Bruce wish hard enough to make the Batman real?

We see the echos and contrast of Bruce Wainwright and his comic book (almost) namesake. The struggle to find a way forward after his parents’ death, but Wainwright does not have the luxury of childhood emancipation and must stay within the frustrating system of our world.

Leon and Winslade are in peak form in Creature. The art flow is solid and grounded in the ‘real world.’ A dirty, flawed place that has no rescue for a child orphaned by violence. There is an interesting mix of styles as we shift from Bruce’s story to a dream (?) of revenge, to a dream of a four-color escape.

While the narration is, at times, carrying a lot of exposition, there is also room in an issue this long for silent scenes and action. There is a comfortable balance that keeps a pace while packing the issue full of character and plot development.

Leon’s colors seal the deal. Edging on monochromatic at times, careful tones keep the art clear while selling the moments. The shifts in color inform the story in subtle but incredibly effective ways as we change tone and place.

Destined to sit with the great Batman stories, this is a must-read. With echoes of its narrative big brother, Superman: Secret Identity, Creature of the Night is a beautiful story well told.