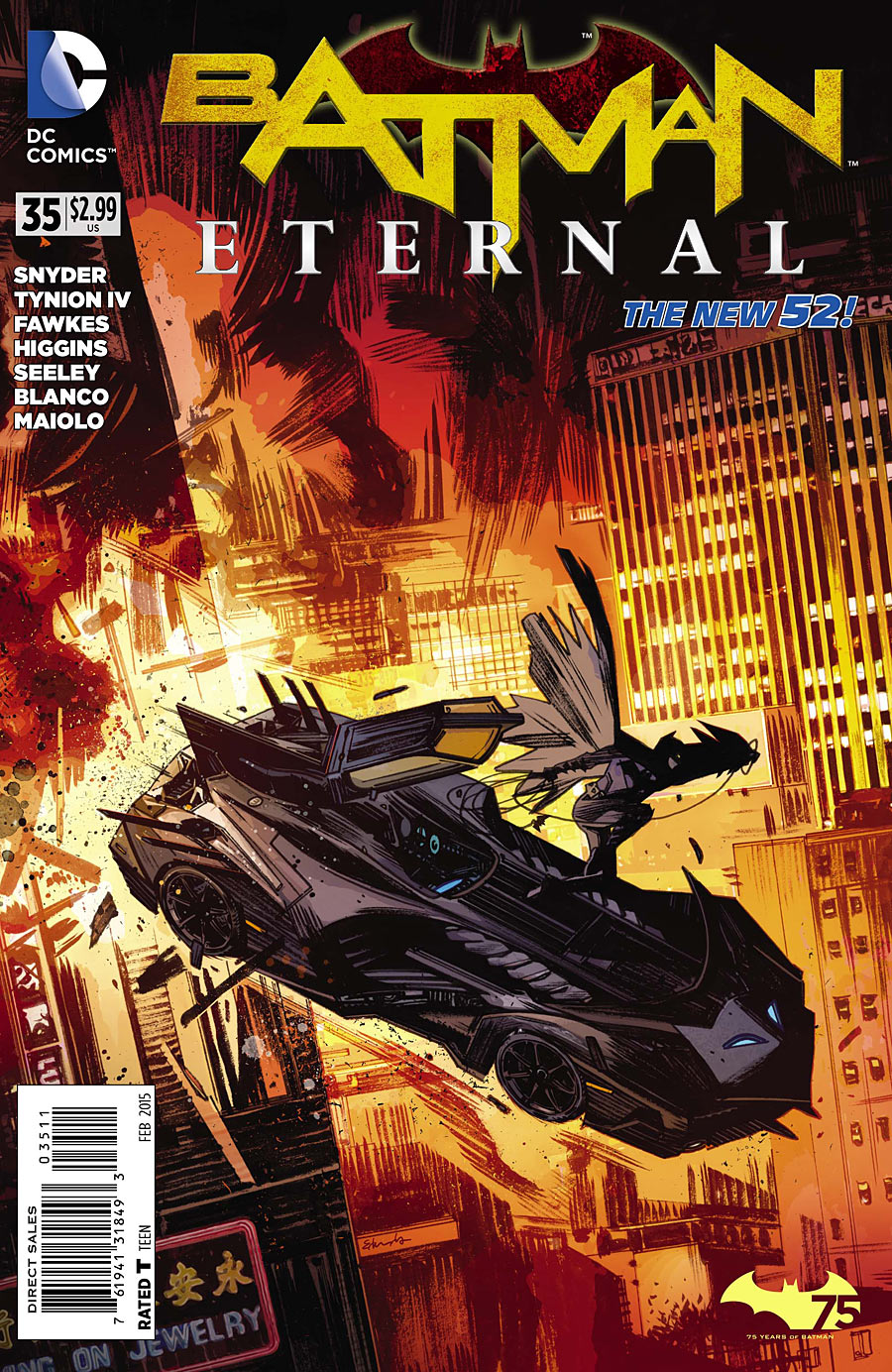 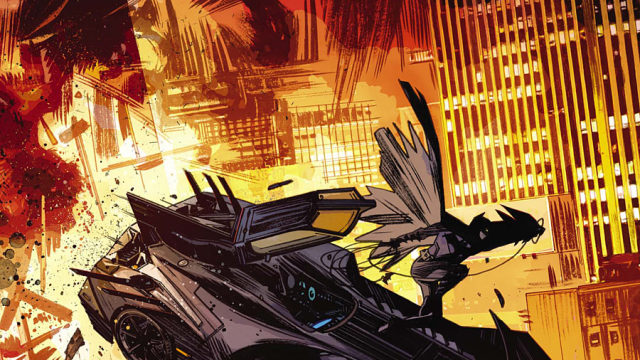 Bard continues to systematically take down the Bat in this thrilling issue of Batman Eternal.

The team of writers are firing on all cylinders and while this series isn’t the first time we’ve seen a rich guy systematically torn down, it’s certainly one of the most entertaining. The saga of Bard has become more gripping by the issue and #35 certainly does not disappoint. Legitimate foes for Batman’s intellect are hard to come by and, even with the knowledge that Batman will get through this, there is still something very thrilling about the struggle between the pair. The dialogue is strong in this issue, but the real strength is the pacing. This comic is a fantastic example of how to pace an issue to build tension, with the slow release of details building to a huge finale that has me wanting next week’s issue right bloody now. With each page flip this issue gets more tense and more dramatic. The rapid fire activities that occur once Bard sets some more of his plans in motion, with the dialogue flying over com channels from multiple sources evokes an amazing sense of urgency and panic to the point that we actually don’t know how Bruce is going to get out of this one. Building a credible threat where Batman’s escape isn’t obvious is no easy feat, but Tynion IV seemingly does it with ease in this one. Readers will also enjoy the subplot that sheds some light on who Bard is and why he’s continuing to push his mission forward.

Fernando Blanco’s artwork is strong from start to finish in this one, and his layouts work really well to drive home the aforementioned urgency of the events of this issue. As the comic progresses he infuses more chaos into his pencils and you can feel in the later pages how things are moving faster and more frantically. He handles the big moments and the smaller, character driven moments in this one very well, and he sets the table for some fantastic colouring work by Marcelo Maiolo. Maiolo’s colours drive home the thrilling nature of this comic as much as any other aspect and this is a comic where it is obvious that the colour work is taking a good comic and amping it up to be a great comic. Pencils and colours work together very well in this one to evoke strong feelings and this one just looks like a thrilling action flick put on the page.

I’ll admit my interest in the weekly books waxes and wanes, but I’m fully back into Batman Eternal right now. Issue #35 is a pure thrill ride with well executed writing and rock solid artwork. 35 weeks into this story it’s as strong and entertaining as ever and I can’t wait for next week.