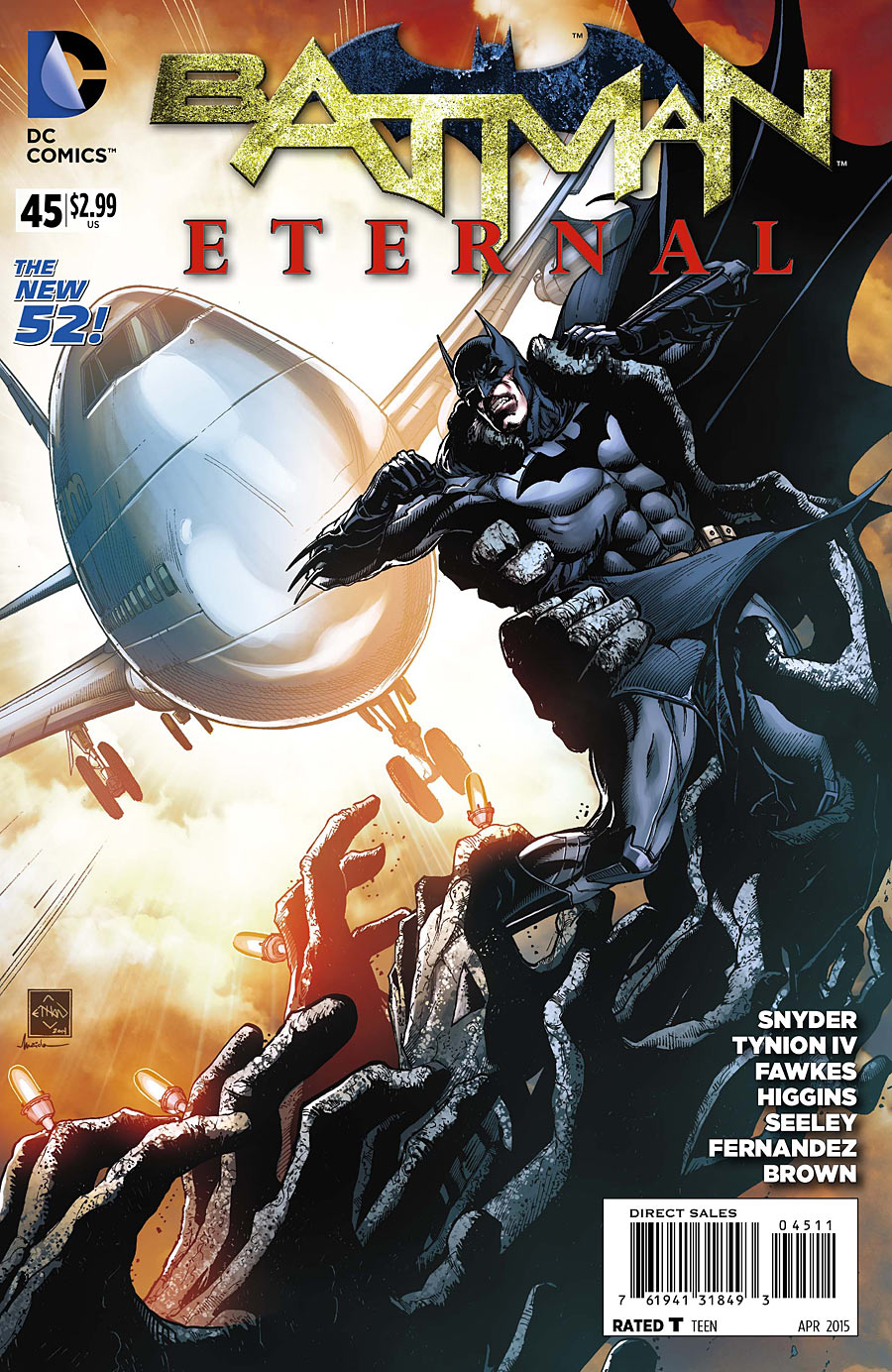 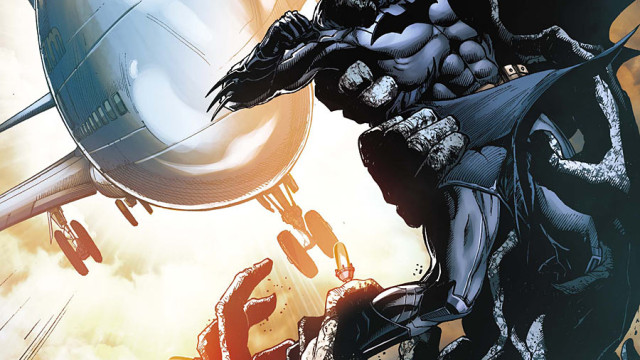 We’re nearing the end of the first season of Batman Eternal and whoa nellie…it’s all starting to come together.

This writing crew has done a masterful job building all of the different plot threads of Eternal to this point, and with the “horror” plot coming to its conclusion Bruce Wayne makes one heck of an exciting discovery that the writers reveal brilliantly…and I’m not going to spoil it here. I will say the ending of this issue is brilliant and a massive payoff for 45 issues of build up, but there’s more in this issue to like than just the final pages. Fawkes ties up the horror thread featuring Corrigan and Batwing nicely, bringing some closure to that storyline while also taking a look at the lasting effects this will have on Batwing. Bluebird and Spoiler grace a few pages as well, bringing a fun dynamic to this comic and making it obvious that this pair will make their mark on Gotham. It’s not an “if”, it is a “when”…and it feels like the “when” will be soon. A lot goes down in this one and Fawkes paces it very well, making sure all the right beats are hit and given their time to breathe. It allows the ending to hit like a hammer, and build the appropriate amount of excitement for what is to come in this series.

Javi Fernandez brings some rock solid artwork to the table, handling the horror aspects of the issue and everyone else in the giant cast too. He gives the characters a solid level of depth, particularly Batwing and the ghostly apparitions in this issue are creepy business. The big moments have all the right power by his hand and characters like Bluebird and Spoiler have a great amount of presence on the page. His take on the characters enhances the script nicely and I’d gladly take more work from Javi Fernandez in Gotham.

Batman Eternal #45 wraps up one plot and then hits with a wallop big enough to make me thankful I only have to wait a week for more. Eternal has been a “big” series since the outset and it’s only getting bigger, and with a writing team that is continuing to deliver stories this strong, especially when paired with capable artists like Javi Fernandez, you can’t go wrong with Batman Eternal.