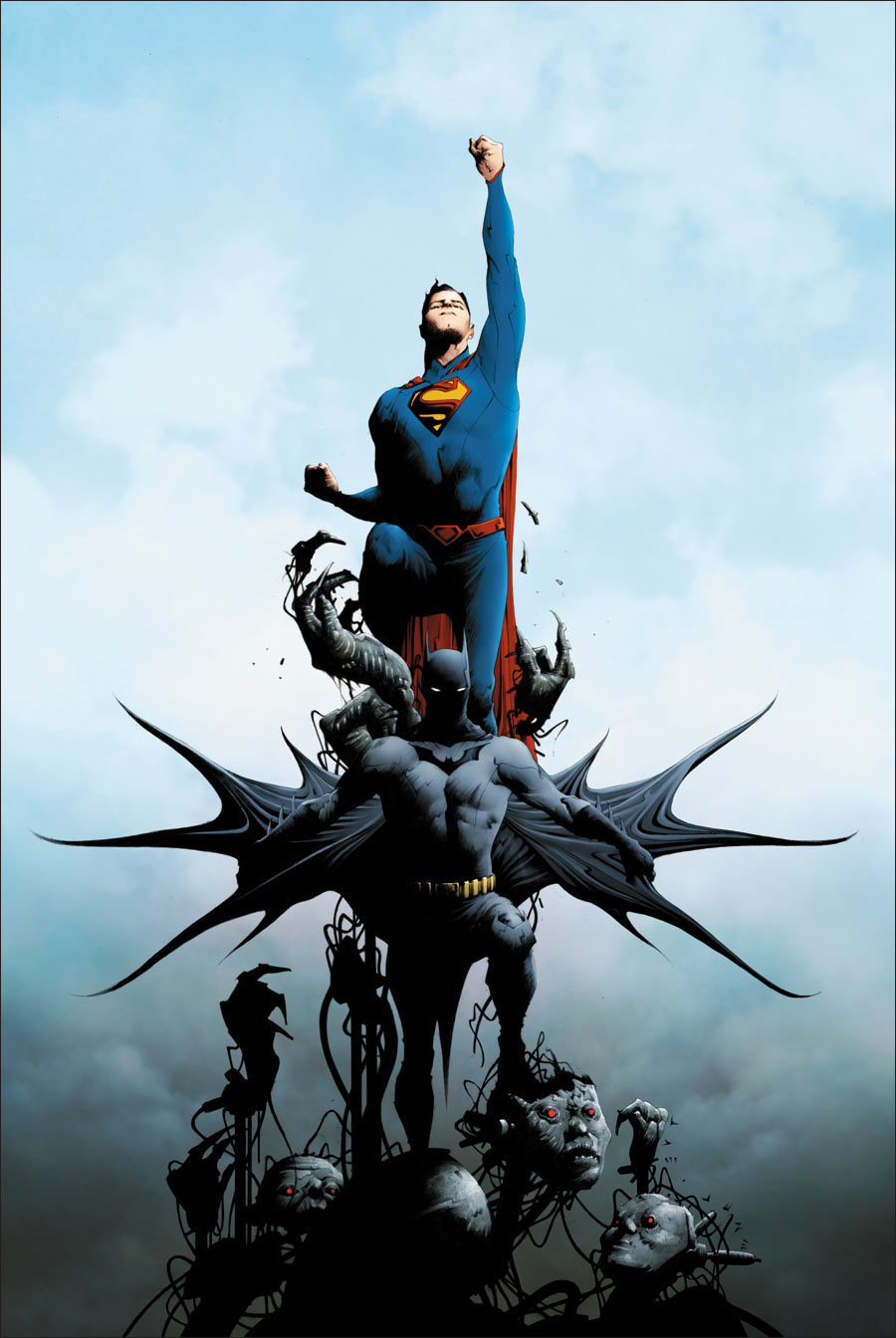 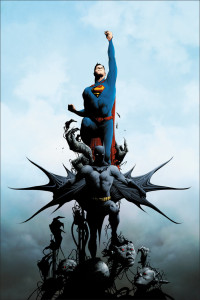 You thought you’d seen every permutation of the Batman/Superman friendship. You haven’t seen anything yet, as the World’s Finest super-heroes meet for the first time in the New 52 — and encounter their Earth 2 counterparts in the process. A demon is running from Darkseid, Lord of Apokolips, and leading him right to the heroes he would seek to conquer. The question is, will a lifelong friendship on Earth 2 beat out the antagonism between a Superman and Batman from Prime Earth?

Greg Pak has a pretty tough job to do here on a number of accounts. First, he has to illustrate not one, but two brand new Batman-Superman friendships, set at different points in their careers, with the all new personalities of characters inhabiting the New 52 — not to mention their respective relationships with other characters as well. What Pak does so elegantly in this volume is make the distinctions between the two worlds so much about maturity and issues of trust, and less about costume and powers, that one cannot help but be compelled by the interactions. 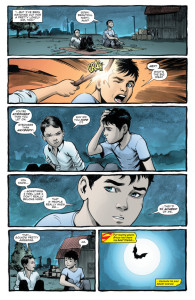 That Earth 2’s Batman and Superman are childhood friends may be a page out of some Silver Age imaginary story, but the real-time effect that plot device creates for the bond between Clark and Bruce is palpable. We get grown men who think less about themselves and more about each other, their wives, and the good of the planet in a way we don’t even quite see yet five years later in the modern day DCU. Not that “our” Clark and Bruce are not clear and compelling in their voices, but they are, for the most part, solitary in a way that Pak makes clear is not right for the Earth 2 denizens. It’s not simply that the Prime Earth Batman and Superman are younger than their counterparts. They will never grow into being these particular individuals, which as we know now, is probably for the best.

The second hurdle Pak has to overcome is writing for the elegant grace of Jae Lee’s pencils and layouts, which is more of a challenge than one might think. It could be very easy to let your narrative become overpowered by the sheer gorgeousness of Lee’s arrangement, which functions like visual poetry dancing across the page. Pak’s heavy emphasis on introspection, however, works as a great counter lever to Lee’s bombastic scenes, giving the artist the space to spread out and tell the story. As a result, the reader is able to immerse him or herself into the scene — and simultaneously into the World’s Finest team’s heads — to create this beautiful contrast of narrative quiet and exaggerated physicality on every page. 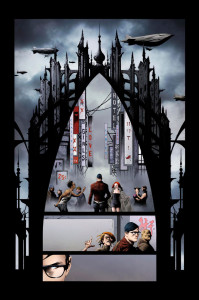 Lee may not be for every comic fan, but the design work he puts into this volume is nothing short of majestic, with Gotham City and Metropolis (on two worlds) benefitting almost as much as the figures of young Superman and Earth 2’s Wonder Woman — standouts to be sure. The arcane detail put into Gotham’s skyline is just as impressive as some of the more subtle moments throughout — an oak tree nearly ghostly behind Superman as he encounters Pa Kent, the gorgeous rendering of Wonder Woman’s Pegasus, the way Catwoman’s hair seeps into her collar like ink. And as perspective shifts, and characters are seen frequently turned upside down and sideways from the ground below, we come to appreciate these details as real grounding elements amidst the topsy-turvy confusion of our heroes, made physical on the page.

This volume also includes Greg Pak’s contribution to DC’s Villains Month in the form of Darkseid #1, a sly tie-in not just to the events of this initial Batman/Superman story, but to the ongoing story in the Earth 2 title today. Literally the origin of the world conqueror, and that of his obsession with the Man of Steel, this story was one of my favorites last September, and holds up nicely in this collection, despite the jarring change of art from Lee to Siqueira.

A beautiful collection in both art and writing style, Batman/Superman Volume 1 is pretty much a must have for any fan of the New 52, or frankly, the World’s Finest team in any incarnation. The relationships here are deep, and their connections with each other, themselves, and the families they love are worth exploring with multiple reads. Besides, with Lee’s take on some of the most classic characters DC Comics has to offer, you’re going to want to peruse this one over and over no matter what.