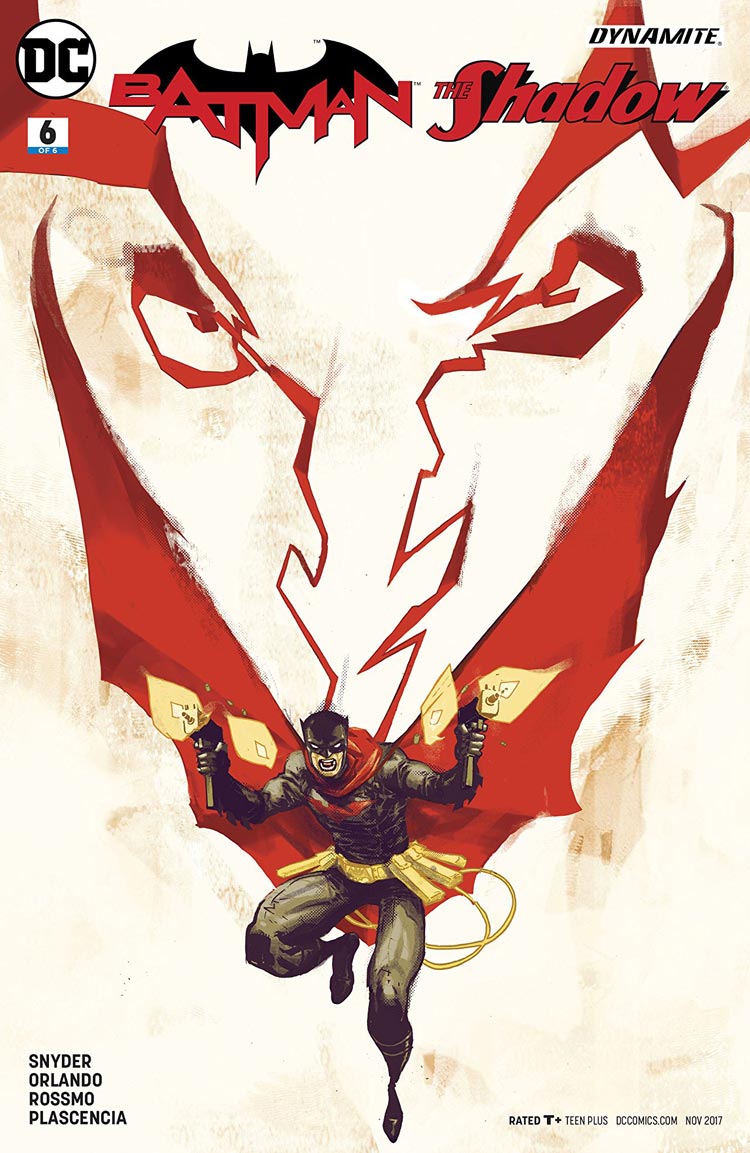 “You must choose: become immortal, unshackled to war eternal against evil…or return to life in mortal form, to fight and fight…and one day die”. Shamba-La is dying! Will Batman and the Shadow be able to save it? Find out in this last installment of the captivating Batman/The Shadow crossover!

I wish Steve Orlando got to write the Joker more often. Seriously, while I love most, if not all, of Orlando’s fantastic work in this comic, his Joker is literally the best and I will sign all the petitions for him to just right the Joker into more of the storylines he’s doing for DC right now. The Joker’s snarky aside comments and need to be the center of attention is brilliant and I wish there was more rapport between him and Batman during this final iteration of this crossover.

The art is spectacular. There are several trippy, incredibly well-crafted splashes throughout this issue that highlight giant, cthulhu-esque interdimensional beings and them casually talking to Batman that are just somehow well placed and make sense. The usage of the creatures in framing and shaping panels in and around them is fascinating.

I also love the design of the “teachers” while the Joker and the Stag are rampaging through Shamba-La. They are this weird mix between organic technology and some sort of off-brand Mortal Combat character and they are just intriguing to look at.

The coloring is, as always, gorgeous. Plascencia does a fantastic job setting more chaotic scenes to warmer hues and more calming scenes to colder colors. I especially love the ethereal feel of the hazy purple throughout Batman’s conversation with the cthulhu creatures. It sets this weird, otherworldly feel to those scenes and it fits well with the atmosphere Orlando, Snyder, and Rossmo are trying to create.

Please. Please read this. It’s so good. I love the sort of square of foils the writers create with Batman, the Shadow, the Joker, and the Stag, showing that good and evil are multifaceted and that people may be similar from a shallow perception, but digging deeper into their character can reveal splits, branching both heroes and villains to differing opinions on law and order. It’s an intriguing glance into what could have been and I only wish it were longer. I highly recommend this entire crossover.