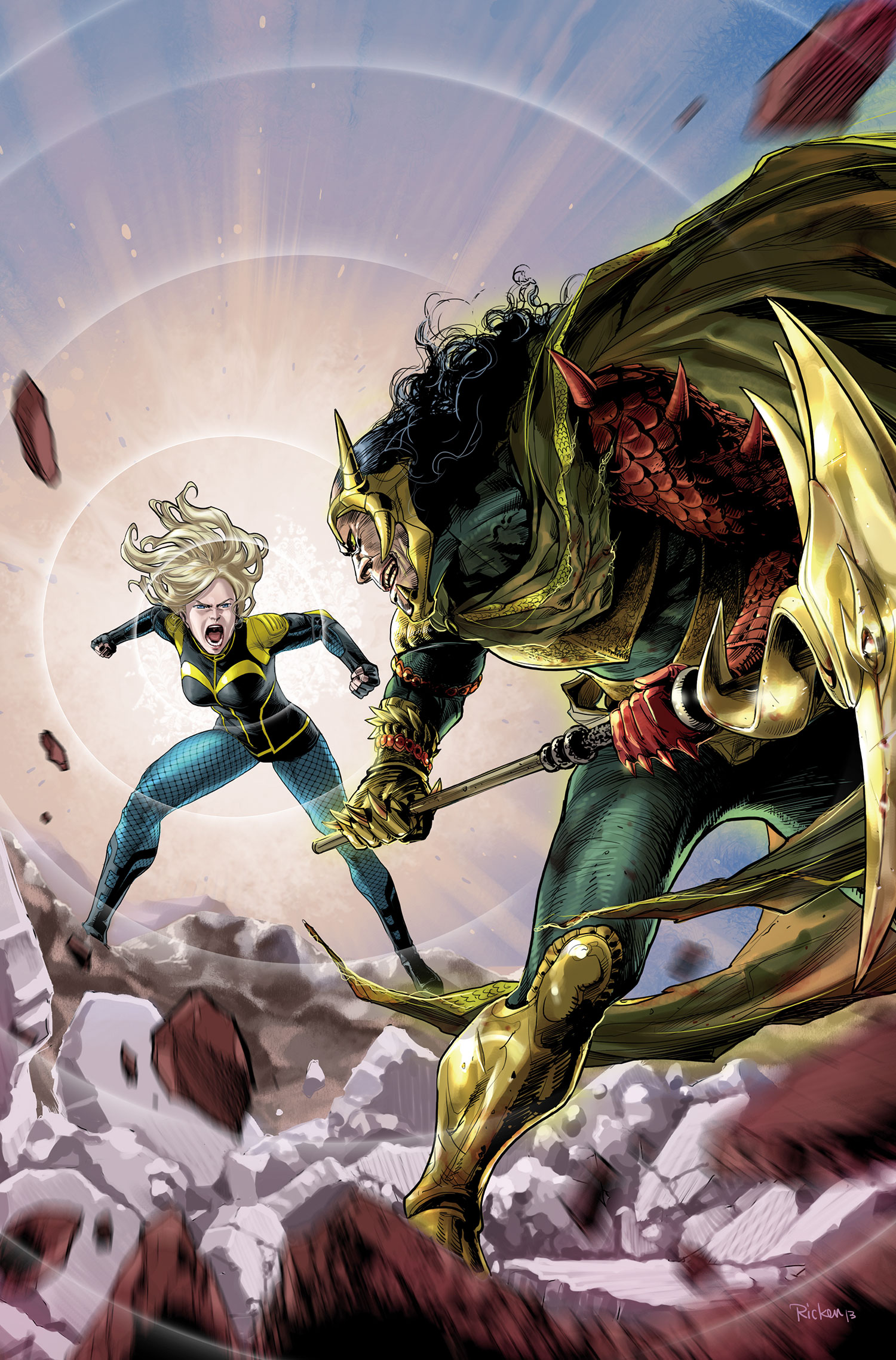 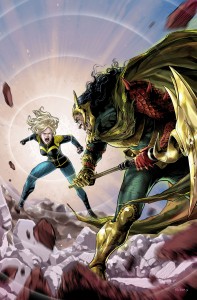 Blindsided by betrayal, chased by personal demons, and threatened by new and familiar faces alike, the Birds of Prey have seen better days and they’re definitely not getting one any time soon. Christy Marx has certainly driven the team in a new direction, and wherever it leads, one thing seems clear: it’s not going to be an easy ride for the Birds.

In this issue, Marx made good use of the powers of one of her new characters, which trapped the team inside their deepest desires. While their enemies got up to no good, her cast’s current motivations and long-standing regrets get further fleshed out — a clever move in terms of character establishment, but unfortunately highlights Condor’s lack of characterization by focusing only his feelings for his teammate. It was also unsettling in that Black Canary’s dream heavily harped on their burgeoning romance, but with the implication that Canary feels that the only way to “find her way” after losing her husband is to jump into another man’s arms. While the sequence was likely intended as wishful thinking on Canary’s part — that if she allows herself to be swept up, she’ll be able to escape her sorrows — it was a troubling implication nonetheless. Marx has been drumming up things between the two of them for several issues without enough interaction to establish their relationship as a healthy move for a woman still in mourning.

Marx also seemed to misstep in her dialogue, which often catches on odd phrasing or unnecessary words clunking up the conversational flow, a problem exacerbated by Dezi Sienty cramming multiple lines that deserve breathing room into a single balloon.

Molenaar’s pencils, which sometimes struggled to remain anatomically consistent when the camera angles changed — particularly in action scenes — gained strength for the duration of Strix’s bittersweet dream. The artist displays skill and care in not only handling characters of varying ages, but also remains true to their racial characteristics, making his work the highlight of the issue.

The visual presentation seems at odds with itself between Glapion’s inking and Sotomayor’s colors, which both sought to take the lead in shadowing and emphasizing details. This is particularly jarring as Glapion’s inks are done in pen, and the thin lines stand out in sharp contrast against Sotomayor’s gradients. Sotomayor’s colors also seemed to overstep the rest of the art in the dream sequence panels, which were already heavily stylized by unique framing. The colorist attempted to take it a step further and fuzz out the edges of panels, but not only did this overcomplicate the visual, but the inconsistency in how he blurred the panels from page to page also made the addition nothing but an eyesore.

To confound readers’ eyes further, there are quite a few odd perspective changes between panels, abruptly moving the camera from one point to another. While a second glance is usually all that’s needed to determine that the perspective — and not the characters — changed positions, it’s one glance too many for good visual storytelling.

With the creative team less cohesive than the team they’re trying to tell a story about, this Birds of Prey installment lacked the wingspan to leave the ground, much less take flight. Ending the issue on a “shocking twist” that annoys more than surprises, it seems possible that Marx will likely leave the title on the ground until someone else picks it up.