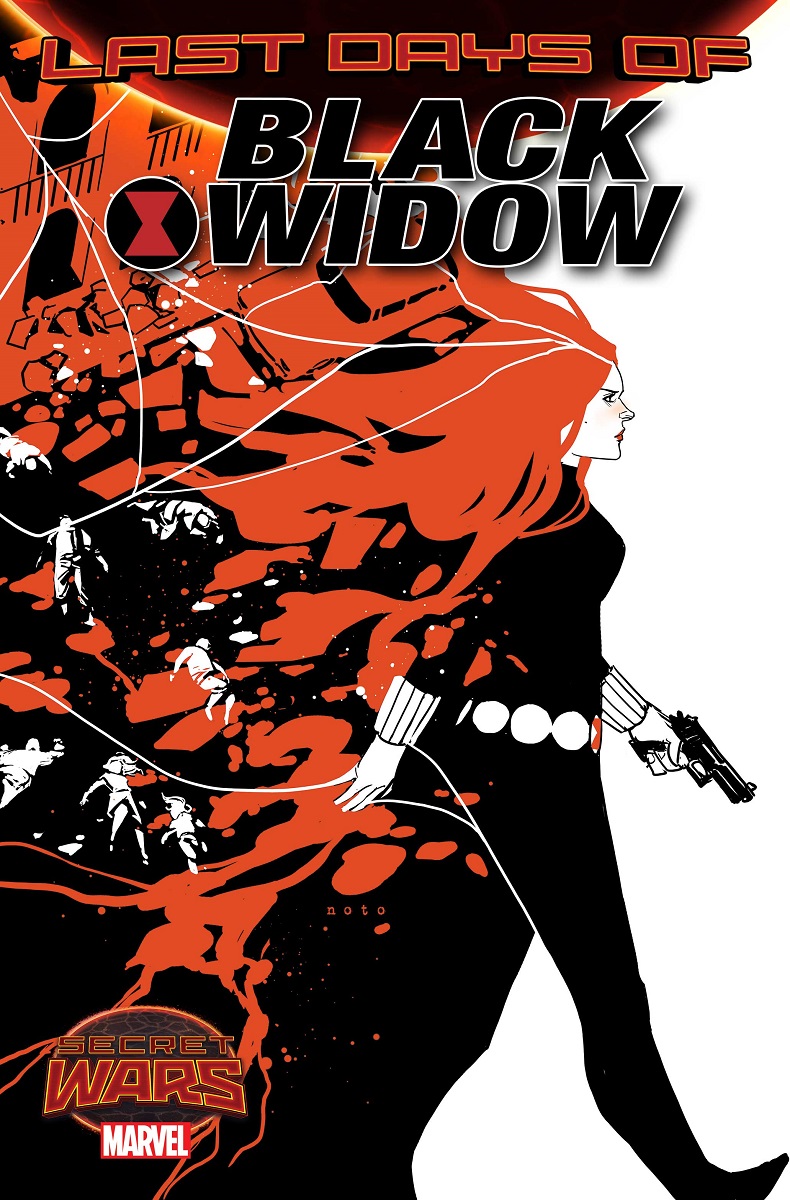 Nathan Edmondson, Phil Noto, and Clayton Cowles began this volume of Black Widow at the beginning of 2014, when the Avengers movie was still the primary mainstream presentation of Natasha Romanoff, and just months before she was featured in Captain America: The Winter Soldier. Edmondson quickly established Natasha as a person who preferred to live, work, and be alone.

In this final issue of Edmondson’s run, we return to Cold War era Cuba, where a younger Natasha is sniffing out high-ranking locals who would betray Castro. Except for the first and last page, the entire story takes place in flashback.

Edmondson’s Natasha is a unique brand of lone wolf: she’s methodical, overwhelmingly pragmatic, and guided by her commitment to the KGB. Last issue, we met Marina, another young undercover KGB agent. We see the contrast between Marina’s skepticism about working for the KGB long-term and Natasha’s obedience to the strictest command. More than ever before in this series, we see Natasha’s willingness to kill, and her unfeeling demeanor towards doing so. Edmondson pushes the envelope in this issue, and we’re left with a deeper impression of Natasha’s difficult, conflicted back story.

Phil Noto conveys Natasha’s personality through matter-of-fact expressions and unwavering gazes toward the reader. Natasha always looks like she’s thinking about her next step: where she needs to go to intercept a target, and what she needs to do. Noto takes full advantage of the minimalist script.

One of the best scenes is a full page without any dialogue showing Natasha getting dressed and ready to kill. As Noto shows her drying her hair and pulling on boots, we’re struck by the normalcy of Natasha. To her, this is a job. Just like being a college student or a retail employee, Natasha sees herself as a KGB spy, and doesn’t dwell on what that means. Noto pulls back the curtain to give us these quiet, personal moments.

The only major criticism of this issue is that it ends abruptly. I wish the opening and closing pages set in the present could have been expanded. If there’s one thing that Edmondson and Noto prove from issues #19 and #20, it is that they create an engaging and memorable story of Natasha’s past. I wish there could have been more stories like this one.

Black Widow shows Natasha’s journey from just following orders to making her own decisions. Throughout this series, Phil Noto draws every scene beautifully, from explosions to rooftop chases to quiet moments with Natasha’s cat, Liho. As a bonus, this issue reveals backstory that contributes to why Natasha extends sympathy to Liho. We’re sad to reach the end of this run.

Nathan Edmondson and Phil Noto present Natasha as not an idealized hero, but a complex person with desires and regrets. Black Widow is both an enjoyable read and a thought-provoking look at Natasha’s private life.