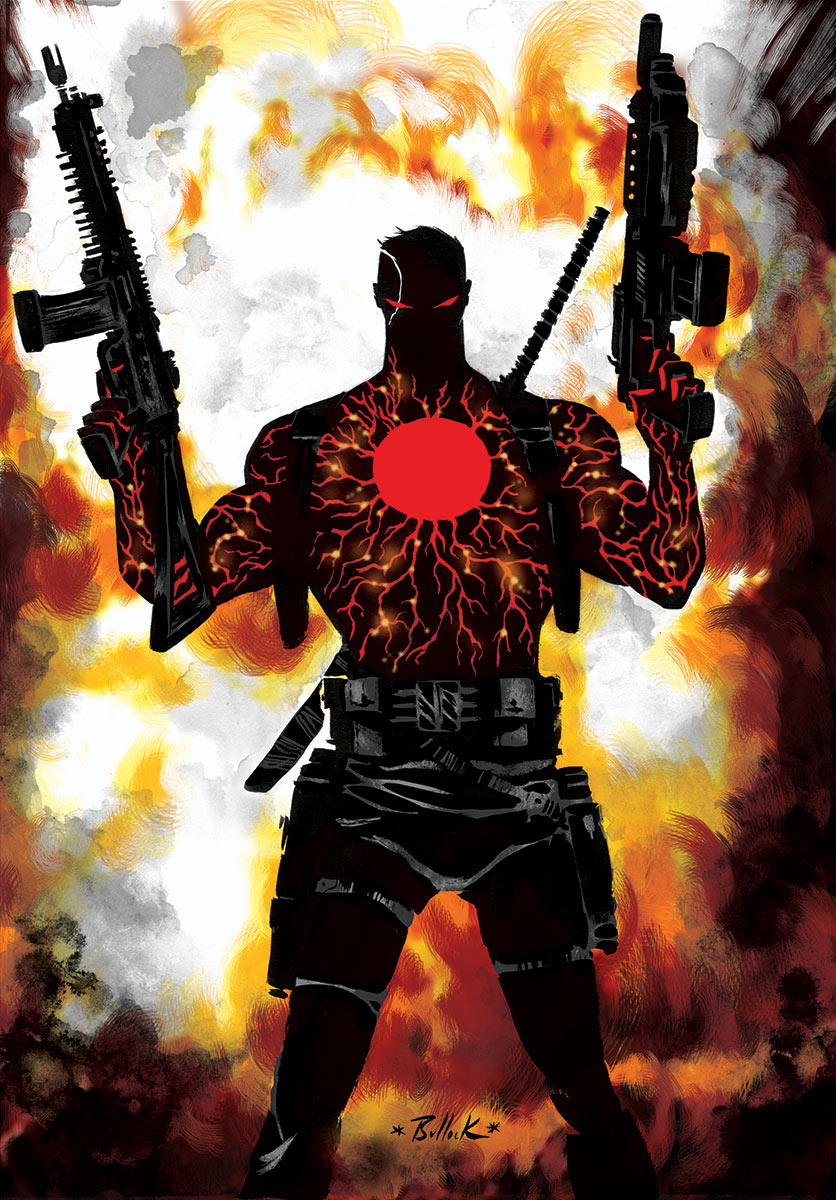 Tailored to be the perfect solider and operating for decades with a trail of blood and guts in his wake, Bloodshot still had one major flaw: he lacked a conscience, slaughtering even women and children as he sought to complete his missions. A new scientist was brought onto the team in hopes of rectifying this shortcoming, but with every adjustment, it became clear Bloodshot needed more than just a conscience…much more.

Kindt knows what appeals about this genre, and plays it for its strengths in this zero issue. He uses a support character’s journal to narrate Bloodshot’s backstory, giving himself room to summarize not just how Bloodshot operates but some of the heinous acts he’s committed. Despite the narrator being a deplorable person himself, readers will likely gravitate towards the character due to the frankness with which they tell their story, openly pondering the ethics of their choices and the possible results. This unavoidable connection with the narrator helps give the comic’s end a particularly uncomfortable chill, the perfect close to a superbly paced issue.

Kindt’s narration-style script gave ChrisCross plenty of opportunity to flex his artistic muscles, and that ball was far from fumbled. From horrified grimaces to sweeping city landscapes, ChrisCross has no trouble keeping up with the narrator’s tale, living up to the series’ reputation with no shortage of explosions, splattering blood, loose guts, and the wide, desperate eyes of the dying. Despite being a consistently violent comic, the art never seems to lose its ability to shock. He does trip on a few panels in which he attempts to draw a full range of movement, the blur of an arm at multiple angles not quite coming to visual fruition.

Baumann excels as usual, showing how gentle gradients and shining can enhance an image instead of destroy it. When ChrisCross’ inks overreach, such as unnecessary fullness to emphasis lines as a rocket launcher goes off or in many panels of splattering blood, Baumann doesn’t try to fight it with more emphasis on his colors, saving the visual from becoming too color crowded. It rains guts, cinders, and creepy pools of nanites and Baumann sweeps color across them all without problem.

The issue’s only real shortcoming comes mostly from cluttering in the gutters between panels as they’re often filled in with swirls and splatters of blood. While the dirty, distracting feel is likely intentional, it draws the reader’s eye too long on some pages, and detracts some visual punch when the panel content itself deserves the attention.

An eerie but engaging read, Bloodshot #0 is a perfectly built story that feels like it could step right onto the big screen as the first act of the newest summer blockbuster, But probably not without at least an R rating and stirring up yet another national discussion on violence in media…which means it’s a good one.