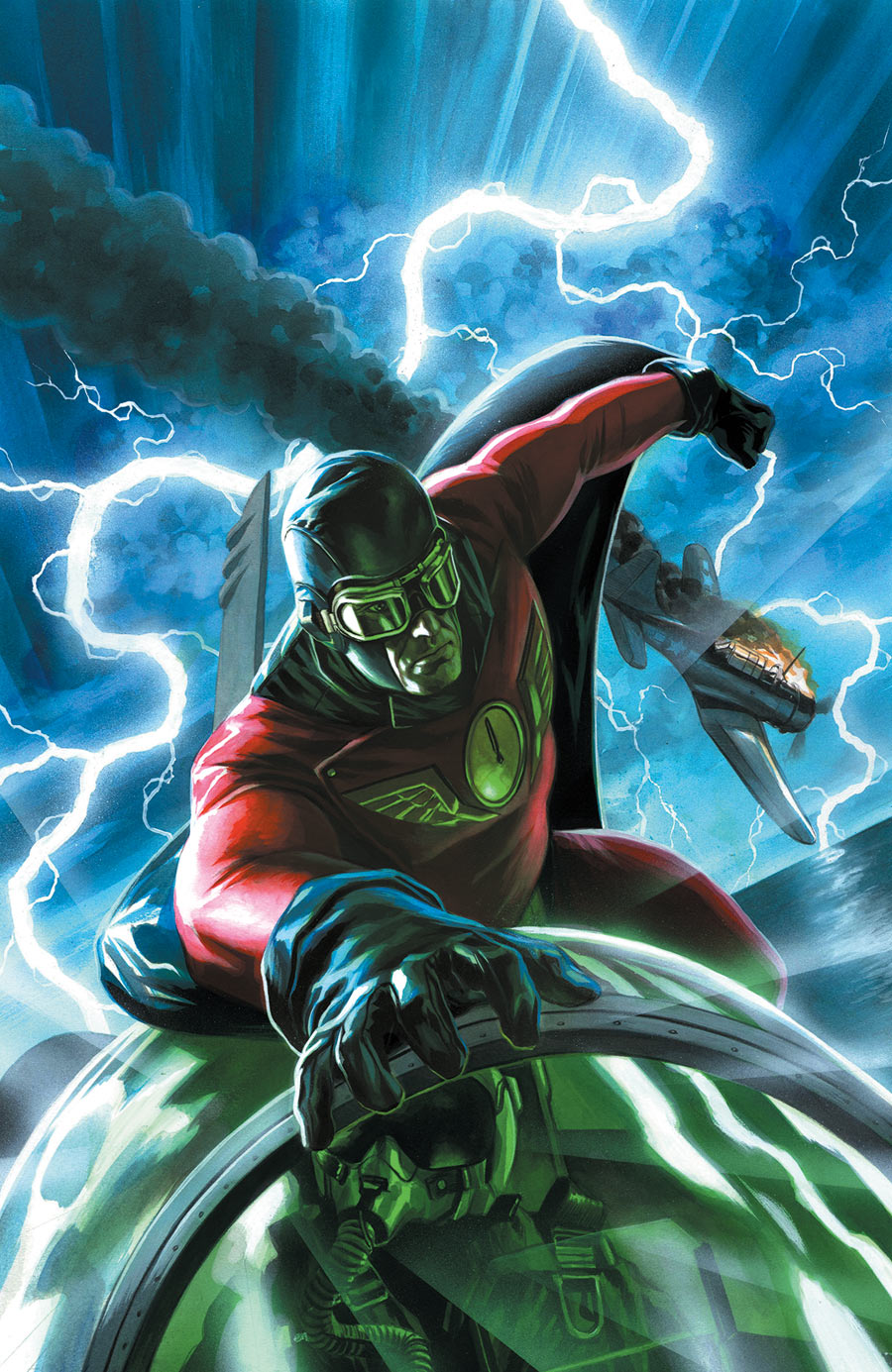 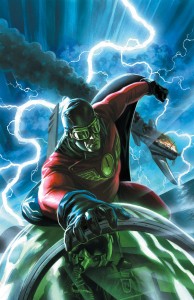 In the first part of “On The Run,” Dark Horse resurrects a golden age icon, but can Captain Midnight soar into the hearts of fans in the 21st century?

This may be the first issue of the new ongoing Captain Midnight book, but it is hardy the character’s first adventure. Captain Midnight was created in 1938, the same year as Superman. Unlike Superman however, his adventures began as a radio serial, only to prove to be hugely popular and make the jump to his own comic strip, a comic book published by Fawcett, movie serials produced by Columbia and even a television show that ran for two years between 1956-1958.

Whether a coincidence or not, Dark Horse has spent the last few months attempting to position the character of Jim Albright for a big comeback to coincide with the character’s 75th Anniversary. The story of Captain Midnight’s return began with a series short stories in issues #18-20 of Dark Horse Presents. These three stories were eventually collected and reprinted as last month’s Captain Midnight #0 issue. Another important fact not to be overlooked is that Dark Horse also gave the character a key spot alongside Star Wars in their Free Comic Book Day issue. With this much attention being given to the character, it is apparent that there are big plans in the near future, and I approached this first issue with an interest that I normally wouldn’t have had for a book featuring a long dormant golden age character.

For those of you that missed the zero issue there is no need to worry. A simple recap page not only explains who Captain Midnight is but also fills us in very succinctly on where he finds himself heading into this issue. Writer Joshua Williamson does a great job of rewarding those who read the zero issue without leaving behind the readers jumping on with this issue. It is quickly established by combination of the recap page and dialogue within the issue that Jim Albright is a genius inventor whose intelligence was deemed too valuable to allow him to enlist in the military, so he created the Captain Midnight identity to secretly fight in World War II against the Axis Powers. During a highly classified mission at the height of the war, he completely disappears while flying over the Bermuda Triangle — only to emerge in 2013 from the very same spot in which he had vanished. Seemingly unchanged after 70 years, he steals a jet from an American aircraft carrier and goes on the run with the purpose of finishing his mission. If you want to see all of this actually happen on page then you will want to pick up the zero issue, but Williamson does such a great job of having the other characters explain what happened that the zero issue could easily not exist and this issue would be better off without it. I say that because outside of an excellent opening scene set in 1942 we don’t see very much of Captain Midnight and the reverence with which the other characters talk about him go a long way in building up to his first appearance in 2013.

As a character, Captain Midnight himself is much more ruthless than I expected. He is a soldier first and Williamson doesn’t shy away from the truth that in war soldiers kill other soldiers. In fact, one part near the beginning of the book involves a pretty interesting death that seems to setup one of the main conflicts of story, and was actually one of the more surprising scenes I’ve read recently. What made the scene great is that even the bad guys comment on what I, as a reader, was thinking, “They won’t kill me.” I applaud the creative team from shying away from the stereotypical portrayal of golden age characters and making sure the reader knows that this is a man whose only power is his mind, has been fighting in a war, and will kill if need be. By the time the end of the issue rolls around, I really wasn’t shocked to see necks ruthlessly snapped and gunshots through the head. Despite this description, and my lack of shock, the book is still not overly violent compared to the vast majority of books on the stands.

Jim Albright’s Captain Midnight isn’t the only character or concept we are introduced to this issue: Captain’s Invader-esque Secret Squadron team, their once assumed last surviving member Joyce Ryan, Joyce’s granddaughter Major Charlotte Ryan who doesn’t believe her grandmother’s tales about Captain Midnight, Charlotte’s ex husband Rick Marshall and his partner Agent Jones who have been tasked with tracking the Captain down after his escape. We are also introduced to Fury Shark, a ruthless business woman who appears to be an immortal Nazi, a weapons contractor, and the main antagonist with ties to Captain Midnight from a personal and professional standpoint. Professionally, her Sharkbyte Tech and Albright Industries, that seems to have survived the disappearance of its namesake, seem to be chief competitors. This competition between companies may prove to be quite important to the series as the story unfolds. Williamson manages to squeeze a lot of exposition into this first issue while simultaneously providing questions that are undoubtedly going to carry the book forward. What was the classified mission that Captain Midnight was on when he disappeared? Is there more to his disappearance than meets the eye? What was the technology at the heart of the mission? Was he the only one to go through the vortex? How does a time vortex work in this universe? Is Fury Shark really an immortal Nazi? As one of the characters mentions within the issue, there are a lot of unanswered questions. These questions, and the development of my own theories to answer them, are what is going to bring me back next month.

The artist on this opening arc is Fernando Dagnino and I recognize his name from his DC work where he pencilled issues of Resurrection Man and Suicide Squad during the early parts of the New 52. His work wasn’t poor, but at the time, it didn’t really stand out and I wasn’t much of a fan. I did however recognize that his work seemed to improve each subsequent issue of his that I picked up. That trend continues with this issue as I am happy to say that his work here is the best I’ve seen from him. It isn’t flashy and isn’t going to be the best artwork you’ll see this week, but it is completely serviceable and fits the tone of the story wonderfully. Dagnino’s art matches the story in the sense that the style is modern with just enough of a pulp flair that you’ll believe that this is a classic hero living in the modern day established in this issue. There is definitely room for the art to improve, especially in the faces of certain characters, but his Captain Midnight screams iconic. That is saying something considering I had never heard of the character before I read the FCBD story.

Overall, I am intrigued by this first issue, and recommend it if you are looking for a fun, yet very modern take on a golden age character. Dark Horse went a bit meta by not only reintroducing the comic book reader of 2013 to Captain Midnight, but introducing the character to the year 2013. It may seem like another rehashing of the “man out of time” principle perfected years ago by Captain America, but there is so much more going on. Throw in an added layer of mystery with hints of conspiracy and what seems to be a cast of interesting supporting characters and I’m undoubtedly interested to see what comes next. I fully expect Joshua Williamson to use a mixture of classic comic book tropes and interesting concepts that have already been hinted at early on to weave a unique take on a character that was created 75 years ago. My advice is to give the first issue a chance and if you want more then go back and find the zero issue to keep you satisfied until issue two hits the stands next month.