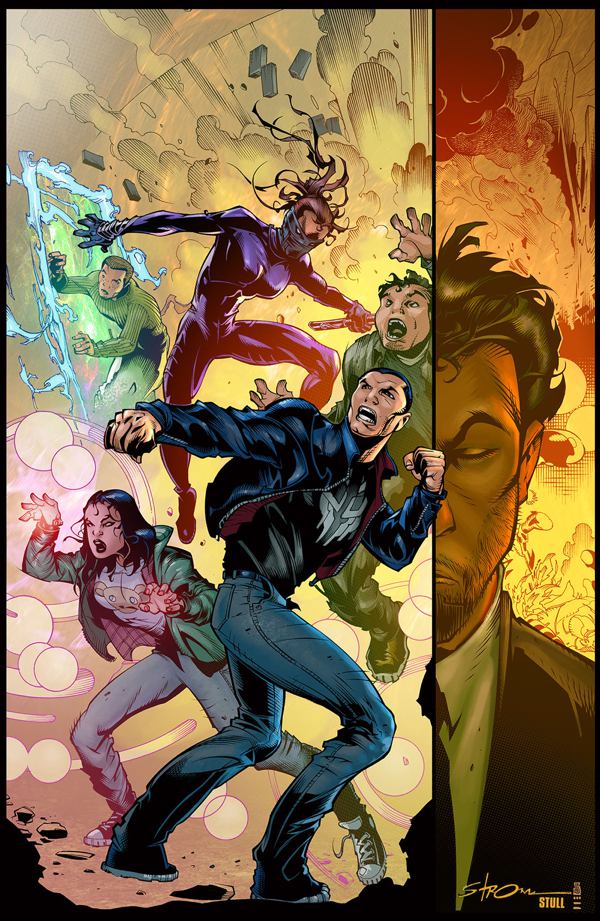 The world of Catalyst Prime is showing a lot of promise. The line is exceptionally diverse and there’s always excitement when a new Universe is being built. There’s a reason why the Big Two keep rebooting and rebuilding, after all.

That said, the gist of this issue is all too familiar. There are a whole bunch of newly powered people in the world and a rich benefactor has assembled a team to bring them in and train them for an upcoming threat. This is a tried and true formula, and can really soar when given a proper spin.

While I really wanted this comic to soar, it was mired in the 90s. Not only does it read like an X-Men comic I’ve read too many times to count (or, most recently, an Inhumans comic), it looks like one too. Joe Casey and Larry Stroman are veterans, but this comic is stuck in the styles of 20 years ago. Their execution of the story is not terrible, but the style makes this feel like something I’ve picked up in a quarter bin, not something fresh from 2017.

Stroman’s layouts are what gave me the 90s feel as much as his pencil work, and there are some shaky moments with the latter. Awkward anatomy, and not in a stylized way, pulled me from the story several times. The colour work and lettering are solid, but the overall art package felt dated and generic.

Catalyst Prime: Incidentals #1 isn’t a bad comic, per se, there just isn’t a lot of originality here yet, and the art isn’t dynamic enough to differentiate this story from something we’ve all read a hundred times. At the outset of any Universe, and especially any team book, the series will live and die by what happens after the initial setup issue. The Catalyst Prime Universe has the diversity and pieces to become something special, here’s hoping Incidentals takes off in some original directions with issue #2.