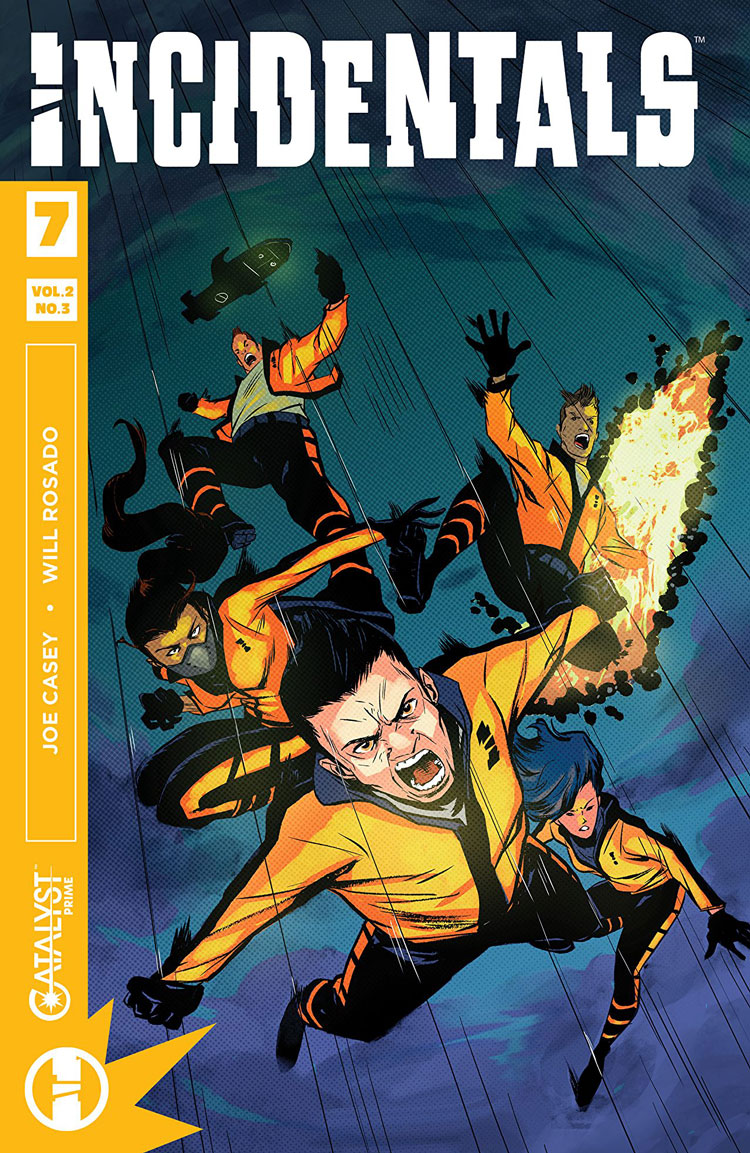 Alex has been rescued. Bo Vincent Chen is back at the ranch and back to … normal. And members of the team each spend the “day after” making decisions. Are they all on board for what comes next for the Incidentals?

“A Day in the Life” is precisely what this book has needed for quite some time — that is, a chance for Joe Casey to showcase a bit of the characterization behind the chess pieces that he seems to be moving across the board in Incidentals. It’s a welcome chapter, if not a respite, because it feels less like a break from the action and more like what I have been craving from this title.

It’s difficult to invest in any comic if you can’t get a grasp on the motivations and personalities of its protagonists. So here, we get the leadership vibe from Taylor. We get some emotional turmoil from Bo. We get the division between Shannon and Alex. And the good-natured awkwardness from Nuke. Seven’s … literally anything from Seven. And all in a single issue where the team feels like they all are here for a reason.

What that reason expressly is still isn’t entirely clear, which is a concern for the seventh issue of an ongoing story. But from a structural point of view, I’m digging the vignettes Casey is laying out, and the teases that can lead into the next two issues of this volume. I’m hoping to see this level of characterization matched to plot momentum going forward.

Unfortunately, the art by Will Rosado is still largely uneven throughout, rendering so many figures and faces with a flat stiffness that is troubling. Spatially, Rosado is able to capture the environment of any scene with deft clarity and skill. But the people within that architecture largely come off as if two-dimensional paper dolls, with some exception. But not much.

The rare exception in this issue is in the four-page interlude with Sayde, where the mysterious powered woman just lights up under Rosado’s pencils and Snakebite Cortez’s colors. The palette changes really drive the emotions of the scenes, and Rosado keeps the feeling going with the strongest line and physical volume in the book. But it just doesn’t seem to last past that scene.

Going into the latter half of this volume’s story, I’m looking for more of the best and less of the disappointing for these characters. I’d like to say that I think they deserve the effort, but I’m not entirely sure yet. Incidentals has remained almost a complete enigma, and not one I’m dying to unwrap. If anything, it’s just frustrating to date, especially in comparison to its peers in the Catalyst Prime Universe.