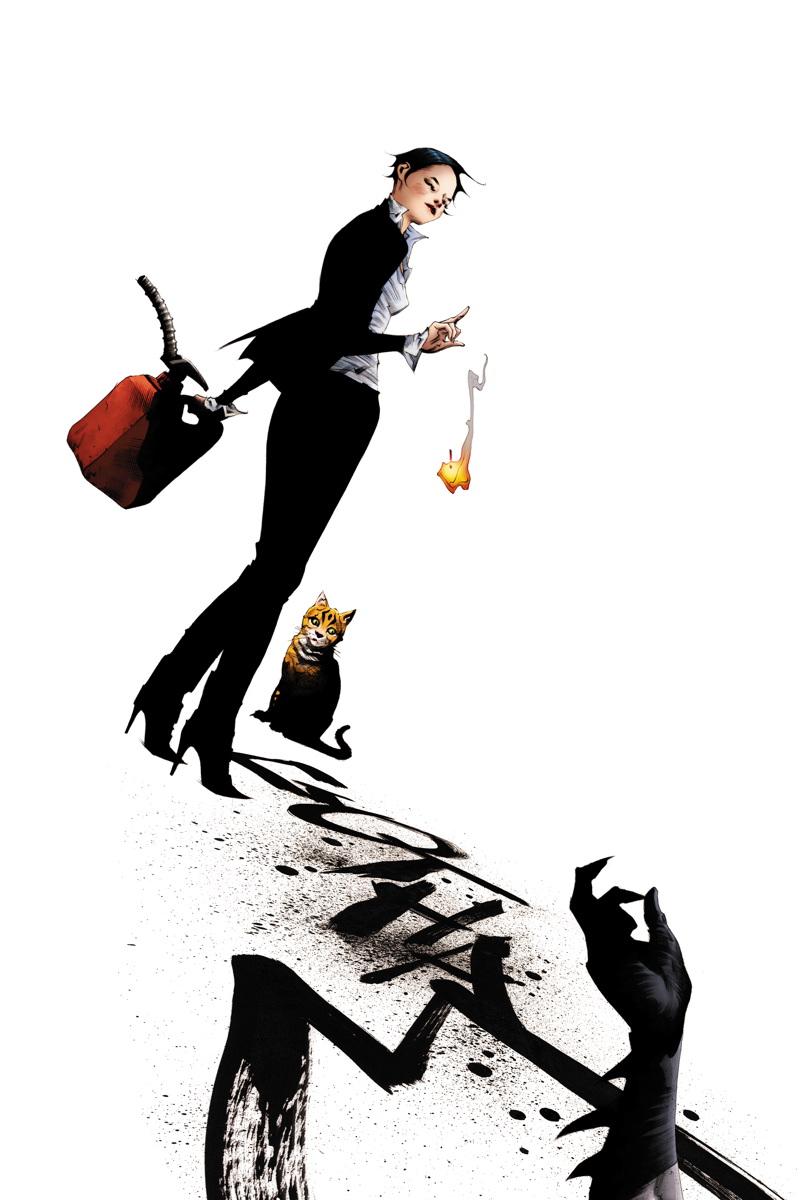 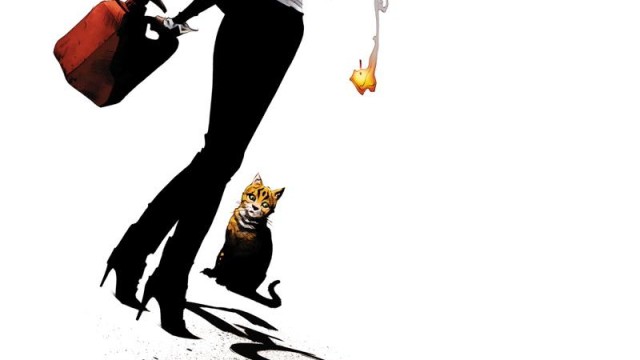 Things are heating up for Selina Kyle in Catwoman #39. Now that the tables have turned in Black Mask’s favor, it’s all she can do to keep the Calabrese clan afloat while the chess pieces continue to move against her.

It’s no secret that I’m into gangster stories. When I read Catwoman, though, I feel like I’m reading the best mafia story that isn’t on TV right now — though it easily could be. I think what makes it feel like a TV show is its complexity. There are a number of different threads running through the issue, whether it’s Black Mask’s new schemes, Mason’s mysterious game, the loyalties of newest Catwoman Eiko Hasegawa, or the dynamics within Selina’s own group.

That each issue is heavy with plotlines is a double-edged sword. I think the series will read very well as a trade, though it’s a little tougher to engage with on a monthly basis. I’ve taken to always reading last month’s issue before I crack open the current one because I know there’s a lot going on and it’s easy to miss things. You might not remember who certain characters are or who knows what when.

On the other hand, it replicates the stress that Selina is trying to manage — which is what I think makes the entire experience worth it. You, the reader, are forced to stay on your toes and keep up with all the moving pieces, mirroring the our protagonist’s own juggling act as a relatively new crime boss. Yes, there’s the risk of losing your audience, but I think Valentine has made the right gamble here, given the dimension it adds to the narrative itself.

I think the only thing that was really missing for me this go round was a bit of a personal element. Because there was a lot to engage with in terms of plot, things ran a little light in terms of what’s happening with Selina herself. We have a new and interesting development involving her relationship with Eiko (one I am very interested in and excited about in at least one regard), but beyond that, it’s not as deeply involved with Selina as we’ve been in past issue. It’s less engaging upon re-read because there’s a little less heart in this installment.

Of course, I think that’s also the nature of this story and why, again, it’s going to be killer as a trade. Sometimes you have to pull back a little on the personal when there are big things happening with the families — but given how well-written and structured Catwoman has been thus far, it’s worth pointing out this comparative weakness.

I think the artistic talent on this book is hitting just the right note for the content.. There’s a very hard aesthetic that gives you the emotional landscape of the material before you even read the words. Brown shows great control of shadow, silhouette, and dark space that works well and fits the narrative without being oppressive. The style is just a little bit sketchy, which is great, because all these crime families are more than a little bit sketchy.

I especially like the character design for Black Mask. There are a lot of different ways to take his character, given Roman Sionis’ varied origin story and how committed the artist is his mask really being a mask. In Garry Brown’s take, the mask-ness of it is ambiguous and therefore much more sinister — which works, when he’s the primary Bad for the time being.

Still, I think that it’s the colors that are working the most for me in this issue. I think it’s key, in dark/noir books, to bring in other visual elements. It’s easy to make a dark book dark. It’s much more of a challenge — and much more interesting for a reader — if you make a dark book colorful. Think what you may about the current Batman book, FCO Plascencia is killing it by breaking those conventions and Lee Loughridge is doing a slightly similar thing with Catwoman.

I love seeing panels with vibrant oranges, purples, and blues in a mafia book. There’s something to be said about realism, certainly, but there’s also something in trusting the reader just a little. You can go bright and lurid because we know that we’re looking at an artistic representation rather than a photograph. It’s thinking just as much about what looks good as what looks real. It’s something that comics can do that most other media can’t.

However, given that sort of experimentation with color, I do think the book could be pushed further in terms of structure. I’m digging the style, but now I want to see more risks taken with paneling, sound effects, and dialogue placement. This is a genre with a lot of tradition and tropes, but just like Selina has shown up to change the game, I’d like to see the same thing happen on the art.

Catwoman #39 is yet another solid installment in a very solid book by this creative team. Selina is an amazing crime boss and, if I’m perfectly honest—I think I like her better this way than as costumed (anti-)hero. She’s more grounded and feels like she owns herself on this run, even given how things seem to constantly spinning out of her control. This issue and this new run has a lot to offer Catwoman fans, crime genre fans, and especially gangster story fiends like myself.