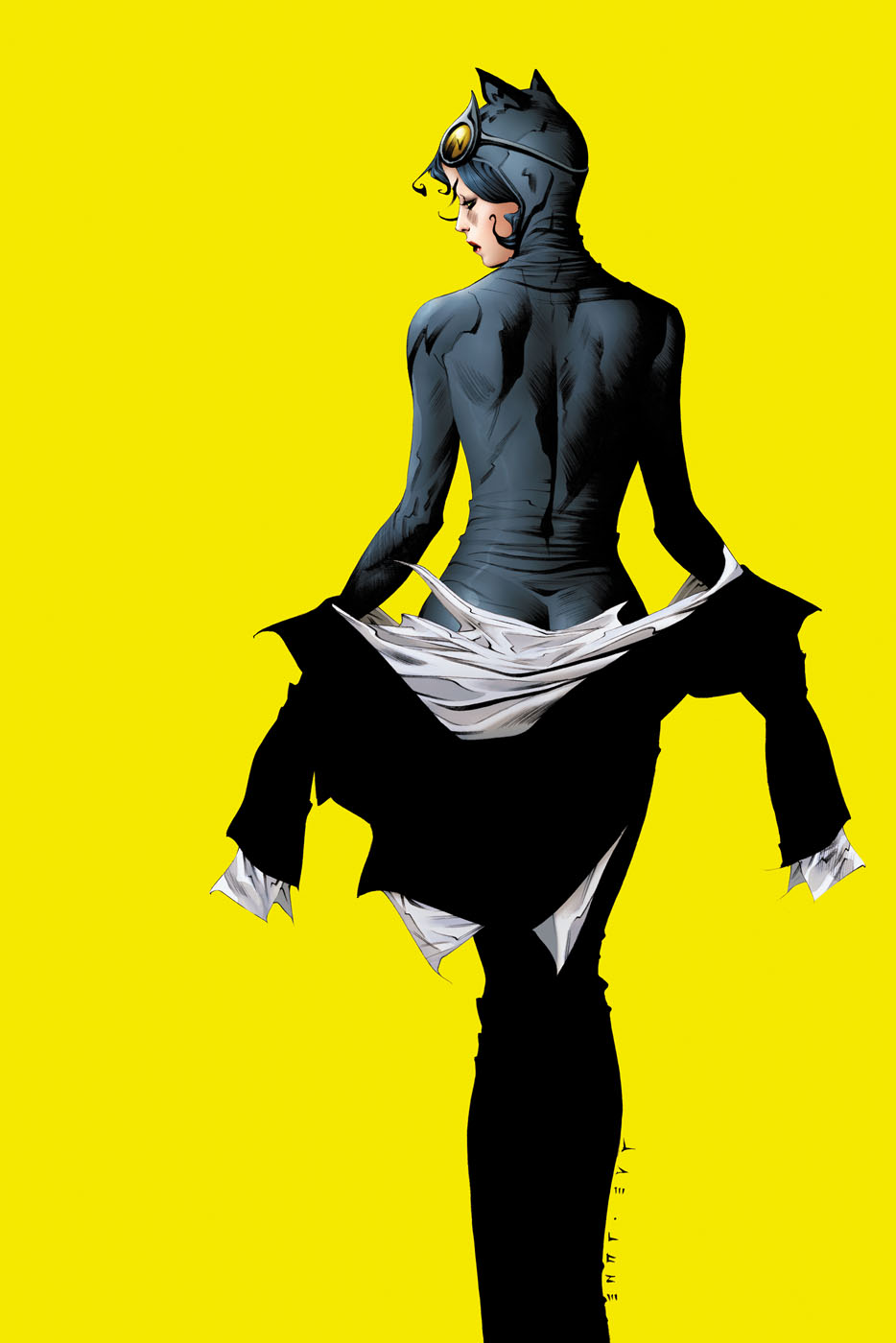 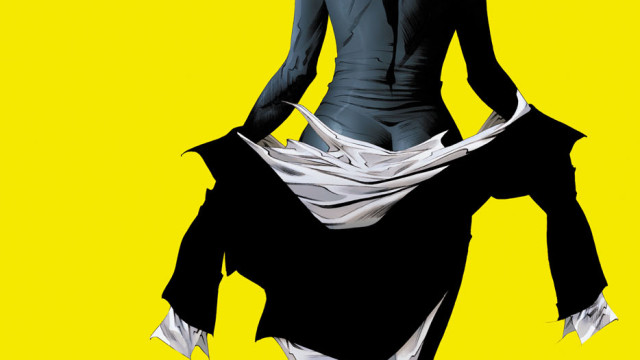 Chess moves upon chess moves, as Selina prepares to go up against an enemy who only knows brute force. The Black Mask is ready to take everything from the Calabrese family in a scorch and burn-style attack, but will the former Catwoman’s cunning and planning put her on top? Or has she lost too much already?

Genevieve Valentine has done something pretty unimaginable with Catwoman. She’s taken a title that had been written off in critical circles and elevated its premise beyond imagination — while still retaining enough of the classic Selina Kyle in the process. While this may be a perspective on Catwoman that we haven’t seen in awhile (strategic, compassionate, but steely in her demeanor), it harkens back to some of her best portrayals in years past.

From her original appearances as “The Cat” — alluded to most effectively in this very issue — to her days as the hero of the downtrodden as written by Ed Brubaker, Selina Kyle has a sophisticated past that is ripe territory for someone of Valentine’s outlook. The writer clearly sees Catwoman as a complicated woman, the type of person who has layers of thoughts and plans occurring simultaneously, whether she cares to or not. The type of woman who couldn’t turn her worries off if she tried, even in the event of redonning that black leather catsuit we’ve not seen in many months.

What could have been an easy escape route — the return of Selina to the catsuit — only opens more doors and provokes more questions, as the Calabrese clan’s war with its enemies is not so easily concluded. I appreciated the choice of ally Selina connected with, a far more practical one than the Batman in this case. Her status as equal in this arena signals more to me about how much character development has been managed in 6 issues than retreading her relationship (antagonistic or friendly) with the Dark Knight. This is her territory. It’s her game. And the rules are drastically different than they were just last year.

This issue marks the wrap-up for artist Garry Brown, who will not be continuing with Genevieve Valentine on the title when it returns in June. Brown’s elegant, sharp style went a long way in helping to distance Selina from the recent past and give her character the edge it needed to stand so strongly here. His adeptness at fashion, at portraying female figures as exceptionally beautiful without being exploitative, will certainly be missed. Having only a brief moment of his linework on Selina returned to costume, it’s a shame we won’t get to see more of how he would have balanced that dichotomy of persona. If the last page of this issue is any indication, it would have been gorgeous work.

A well-crafted wrap-up to a first arc, Catwoman #40 may not bring any definitive conclusions to the tensions at play in the series, but it does in a sense bring Selina back full circle. The only difference? She’s far more than she was when we started. A stronger character. A more compelling protagonist. A more complicated woman. Here’s to much more of this come summer.