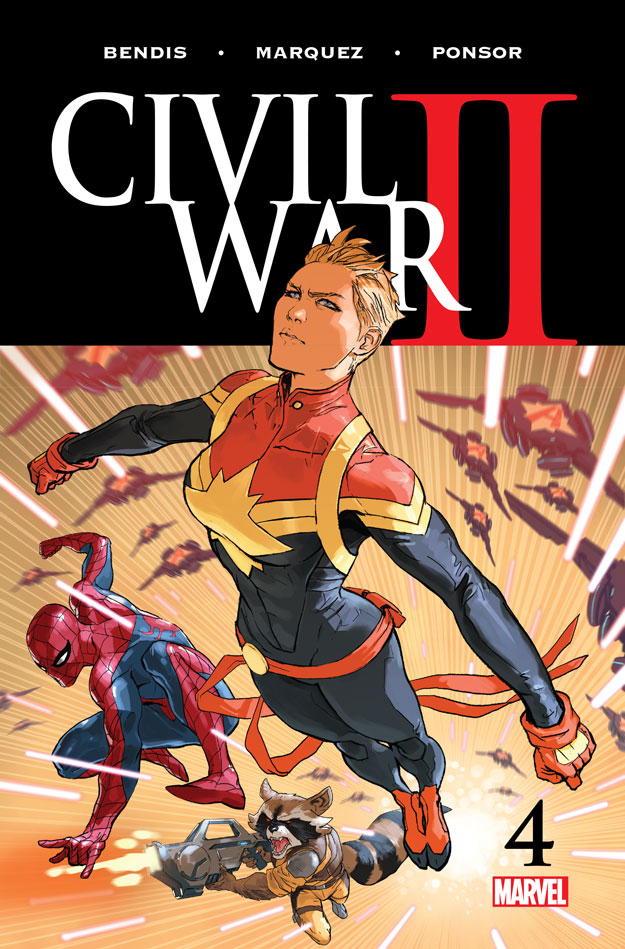 I’m not even sure where to begin.

Carol has broken the news to a recovering Jen, while Tony is still not sure what to make of Ulysses. As Carol apprehends a potential aggressor, Tony takes it upon himself to rescue her, sparking what is to this point the largest schism between the heroes.

Like I said, I’m not sure where to begin. There are so many points this story falls apart they are hard to fully count. Why is Jen in a hospital bed recovering while she’s simultaneously incredulous at her cousin’s death because, “He’s the Hulk”? What’s with Tony’s sudden rescue at the end of the issue and the incredibly hackneyed and hamfisted division between the heroes? What’s with the sudden surfacing if the issue of profiling, done in such a manner that Carol’s foundation is shaky while again Tony is painted as the compassionate one despite his actions in the previous issues? I can think of numerous ways this story could save itself, but seeing as how we are past the halfway point, I truly do not think that is going to happen.

It is hard to find where Bendis succeeds in this issue. Usually there is some kind of bright point, but in Civil War II #4 there is none. The exposition and dialogue that cover more than half the issue are levels of unnecessary and Bendis’ use of characters seems so disparate compared to virtually any other writer handling them that this story is hard to find enjoyable. The best example of this is T’Challa, who’s a poor facsimile of the Panther King written in Bendis’ typical style of dialogue, which does neither the character nor the writer any kind of service.

While David Marquez and Justin Ponsor continue to deliver stellar teamwork on art, it is not enough to save the story. I like the softness of the lines and the nuances in the characters’ expressions, as well as how the characters are placed in their environment. The wide use of bright hues add to these spectacular visuals, giving each character a crisp and dazzling presence. However, many characters are simply just sitting pretty, making wide ensemble shots less meaningful than they could be otherwise.

I want to see this story through, and I want to and do have hope that it will resolve in a manner that isn’t an insult to readers’ intelligence, but with each subsequent installment I find myself astounded at how much more this story could unravel in a manner which does not know how to utilize characters or plot threads properly.