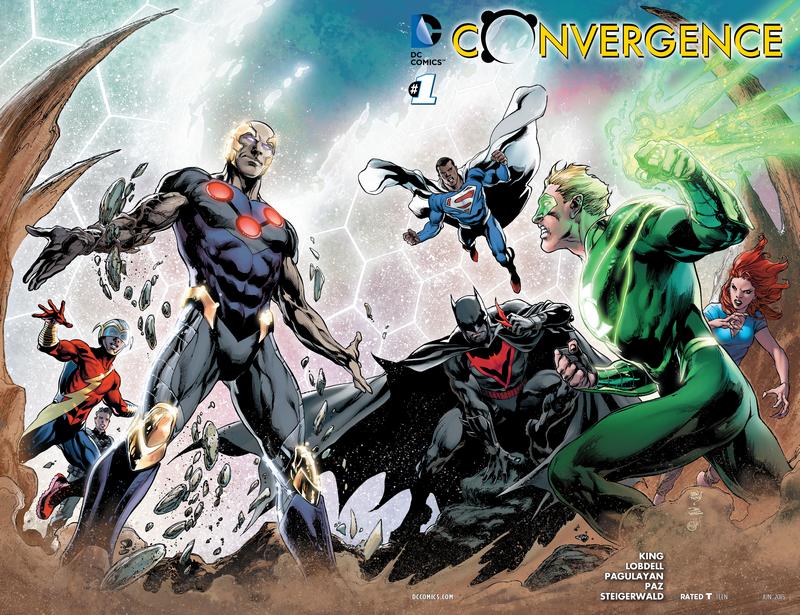 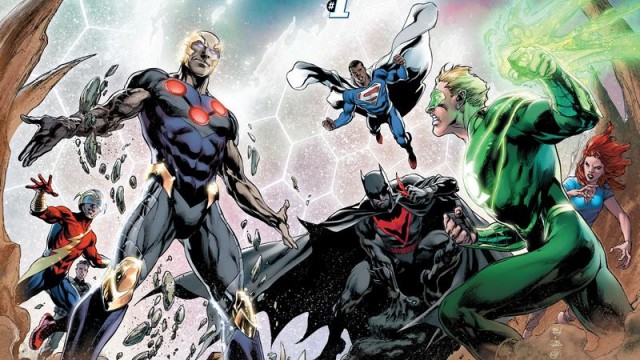 Some of the heroes of Earth 2 have been drawn into the realm of Convergence as readers get a deeper look at why Telos is pulling the DCU into this war of worlds in this first issue of the main book of the event.

Jeff King and Scott Lobdell get the party started by fleshing out the message from Telos that has been floating through the titles, and making Convergence as a whole make a bit more sense. This first issue takes awhile to get to the point, but I found it to be entertaining along the way. While I am not fully up to speed on the events of Earth 2: World’s End, seeing these characters was a welcomed sight and King and Lobdell provided adequate info for me to get the gist of what they’ve been up to and where they currently stand. Any readers who could care less about Earth 2 will probably not be the biggest fans of this issue as it really focuses on them completely, but for me that was fine. These are solid characters and the writers handle them well. As far as the story is concerned this is a pretty straightforward #1 issue. It sets the board, reveals the “big bad” and gets readers used to the new status quo. There isn’t a ton of meat here, but there was enough to keep me entertained and wanting to read issue #2.

The narrative was enhanced immensely by some of the best artwork I have ever seen from Carlo Pagulayan. I’ve read his Marvel work, and I’m not sure what has changed to take this to the next level – be it inker Jason Paz or something else – but hot damn, is this ever excellent pencil work. The visuals made this comic for me, and took what could have been a very mediocre story if the art was middling and made it a comic that works. This artwork is the justification of the $4.99 cover price and I have read this comic multiple times just to soak in the excellent artwork. While Telos’ words have filtered through each of the Convergence tie-ins, the full effect of the character’s machinations are seen here and they are powerful by Pagulayan’s hand. The colour work by John Starr and Peter Steigerwald enriches the pencils nicely, and this is, simply, a great looking comic. This is the kind of artwork that will keep me coming back.

Convergence #1 features some excellent artwork and a story that is good enough to make the issue work as a whole. I think the series will need to pick up to really take off in the future, but the foundation needed to be built for this main book and all the tie-ins, so that is what we’ve got from issue #1. If I can get more artwork like this from Carlo Pagulayan I will be a happy camper, and I’m looking forward to issue #2 of Convergence.