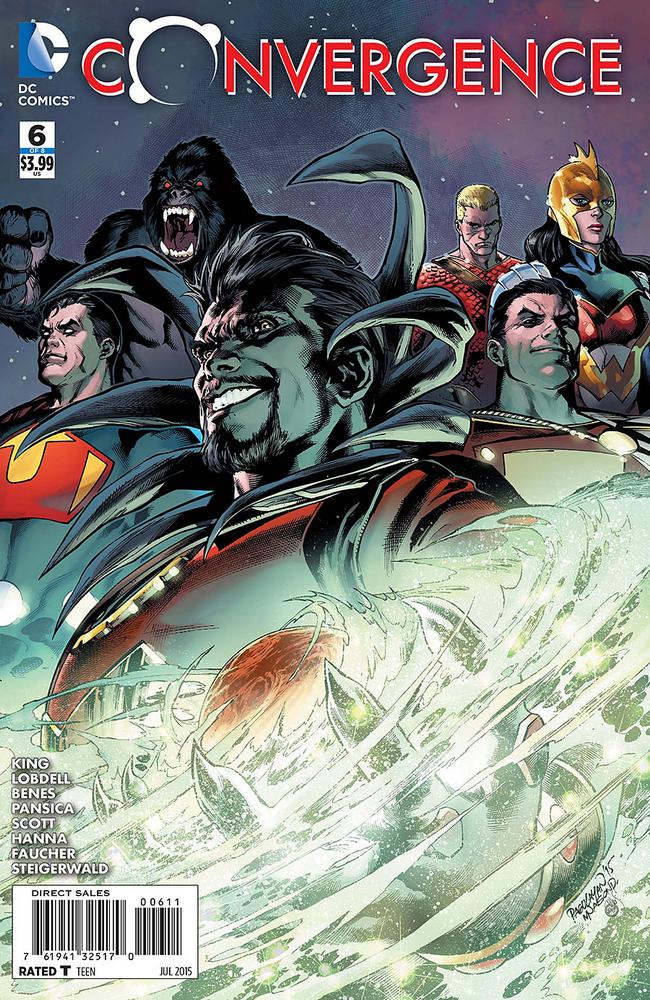 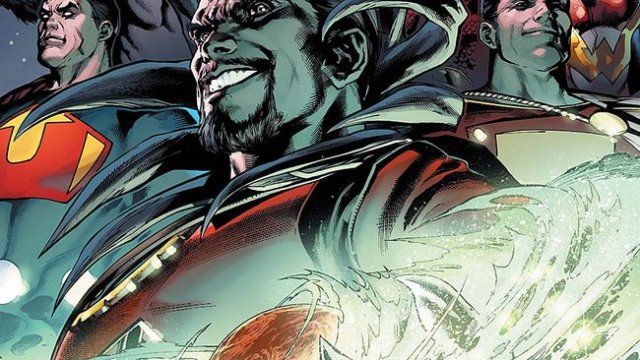 The game has changed, and Convergence just got a lot more fun. Heroes are fighting villains, and the big bad has got one heckuva brawl coming his way.

King and Lobdell round the corner on Convergence and set up the final act, laying out Deimos’ plans and having the heroes start to band together to fight the evil horde Deimos has assembled. Their best writing surrounds specific interactions, mainly those of multiple Flashes and Superman and Earth 2 Dick Grayson. Their dialogue is solid and the story is fun, even if it looks like this event is going to just be a brawl to close out. Sometimes a brawl isn’t a bad thing and I think in the case of Convergence it’s going to be a lot of fun. Some of these mash-ups, especially where multiple Flashes are concerned, are just fun and when these heroes are banded together against the Flashpoint “heroes” I think some very fun fists are going to fly.

The story progresses at a solid pace and the writers use their massive cast well. The fun of Convergence is throwing together characters from many eras and watching the sparks fly, and issue #6 makes it very clear that we’re going to get a lot of that in the next two issues. The issue ends on a high note and for readers who have stuck with Convergence to this point, it’s a pretty satisfying story in issue #6.

The art didn’t thrill me in this issue, but it wasn’t terrible either. There are issues with Benes’ pages that caught my eye, but I will admit I’ve never been much of a Benes fan. His artwork is not bad, by any means, but it didn’t absolutely floor me at any point either. Pansica’s work was more in the wheelhouse of what my eye enjoys, particularly the final page of the issue. Both artists conveyed the madness of Deimos well and had huge casts to deal with. Both artists convey the speed of The Flash(es) nicely and while this isn’t my favourite art found in Convergence so far, I don’t have a lot to complain about, either.

The board is set for explosions with Convergence #6, and issue #7 could be a ton of fun. This series has benefited from the focus on Deimos as the big bad, and King, Lobdell, Benes and Pansica seemingly had a good time with this one. They’ve got a ton of characters to work with and, overall, they did that well. I’m in for #7, bring on the brawl.