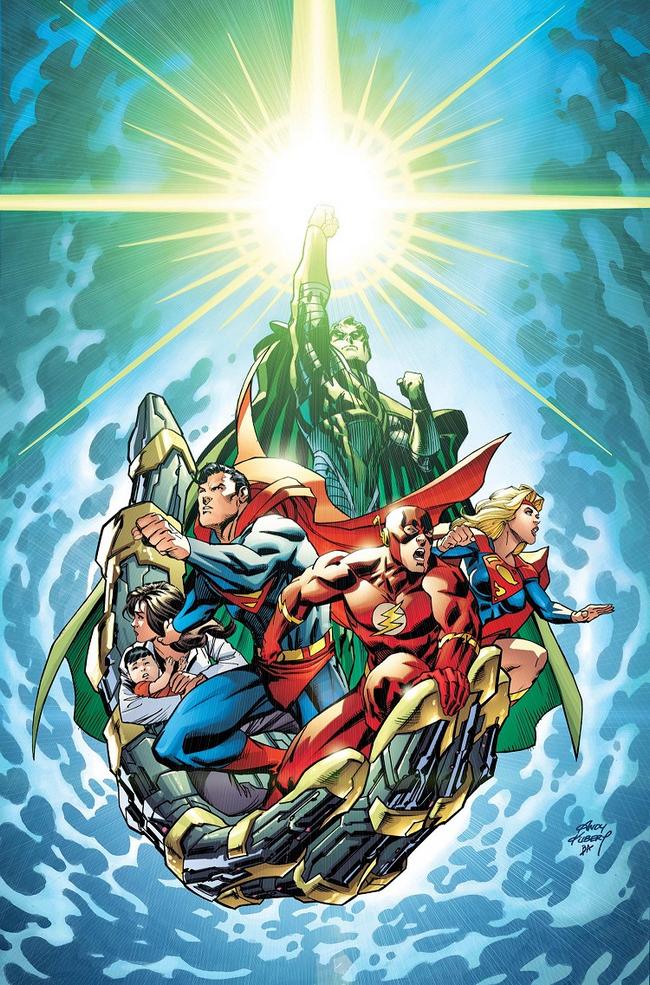 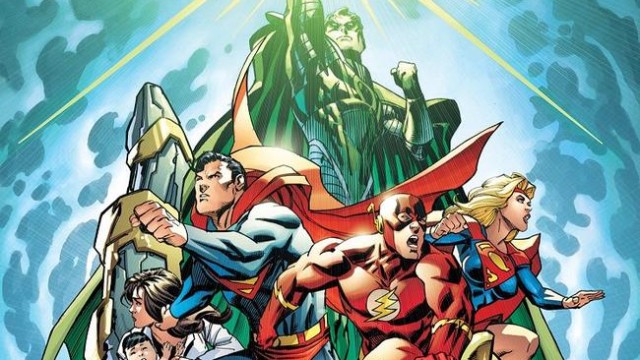 Convergence comes to a conclusion as the two month event winds down and the fate of the cities and heroes of the Multiverse is decided.

Brainiac did a number on the Multiverse when he swiped all those cities and Convergence #8 deals with the consequences of his actions on the “health” of the Multiverse. King and Lobdell do tie up Convergence with a rather pretty bow, restoring some aspects of the status quo, but when you consider what this event was meant to do, it makes sense. Issue #8 does what it needs to do in a way that is mostly satisfying, and overall I must say I enjoyed this issue, this story, and this event.

King and Lobdell did not have an easy task, wrapping up this event and making sure the DCU was intact for the upcoming Justice League storyline and new books in June, but they did so with this issue. The script moves at a decent pace while not feeling too rushed, and important moments are given time to breathe. This issue does serve as a wrap up for two months worth of comics, so there is a huge cast getting individual moments of screen time, and I agree with King & Lobdell’s decision to let a lot of big two page visuals handle the wrap ups of those stories. They tie this sprawling event up in a manner that makes sense for what we’ve been presented with, and this is the strongest issue of the main Convergence event.

The art is a bit of a mixed bag, but when you’ve got four pencilers working on a single issue that isn’t overly shocking. Much of it is well done, but there are some awkward aspects to some of the double page splashes. A few, in particular, look very rushed and inconsistent with the rest of the issue. For the most part, the artwork is solid and the styles of the pencilers mesh well. The colour work by Peter Steigerwald unifies the visuals well and his work with red lightning is strong. There’s a fair amount of that in this issue and Steigerwald makes it ripple from the page. His work ties it all together and adds a richness to the work of the different pencilers.

Convergence #8 ends the event in a satisfying way that stays true to the intent of the event. King and Lobdell handle the huge cast well and the art crew, for the most part, execute their task well. Convergence was a fun event and there is optimism in this issue, which I appreciated. Moving the DC offices led to some good stories, so if they decide to swap coasts again, I won’t complain.