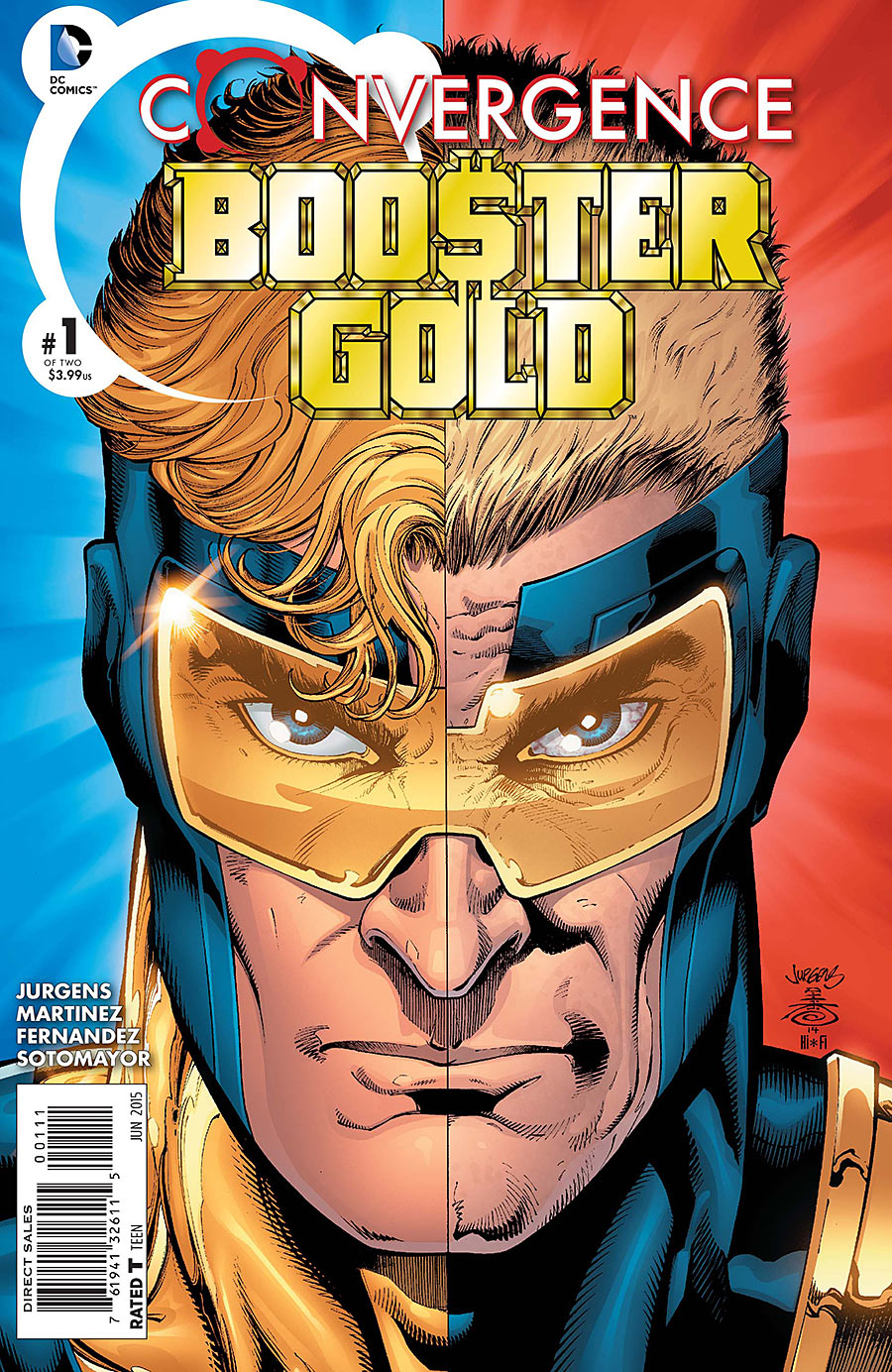 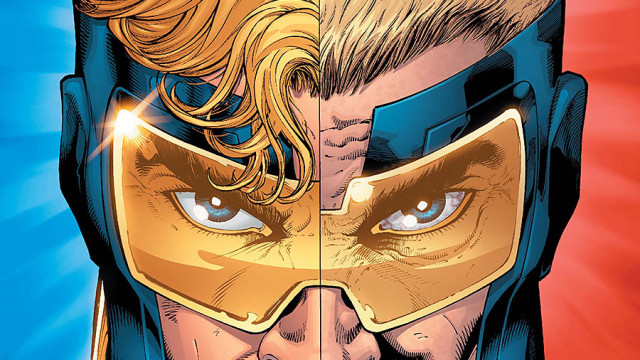 Two Booster Golds. Infinite worlds. One major crisis that can only be beaten by allying yourself with your best friends and family. This is Convergence, and the greatest super-hero that nobody knows is back!

Up front, there’s a few reasons why Booster Gold #1 succeeds in a crowd of 40 other mini-series that hit stores this month from DC Comics.

For starters, it’s one of the few (if only) titles that doesn’t rely on nostalgia, but rather, picks up a dangling storyline directly and moves forward. As a direct follow-up to last year’s Booster Gold: Futures End #1 — not to mention Booster Gold #47 of August 2011 — this issue leaps into action immediately, not treading on the status quo of any domed city or forced confrontation.

The stakes here feel like they are a level above that of the Convergence. That is, the Boosters are operating outside of Telos and Brainiac’s influence, free agents in a multiverse that has collapsed around them to almost a single point. Jurgens is admittedly juggling a lot of confusing pieces if you are a new reader, a state I can’t judge appropriately at this particular juncture. But for anyone like myself that come at this mini-series with the expectation of clear follow-up to a four year old mystery, it’s clear you won’t be leaving empty-handed.

The writer gives us a portion of the New 52 Booster Gold’s new origin, different from his post-Crisis counterpart, but he doesn’t stop there. The Boosters have their own personalities, different ages, different experiences — all of which are revealed over the course of the dialogue clearly and without sacrificing action.

Between Jurgens’s set-up and Martinez’s clean pencils, the big moments with a variety of related guest stars to Booster’s past become awesome touchpoints and fun moments of both bravado and comedy. Martinez was an excellent choice, it seems, for this title; at first glance, I honestly thought it was Jurgens’s own pencils throughout. That kind of consistency with Booster Gold’s history, having his creator and a strong, similar artist driving the mini, gives this series a leg up on a lot of other titles this month that simply feature new, and sometimes inconsistent, creative teams.

Having the mystery behind this issue develop over the course of several years leaves me with high expectations for its conclusion. Will Convergence: Booster Gold #2 meet those? Obviously, it’s too early to tell. But what I can say is all signs are pointing to yes, and the events of this issue spare no entertainment value along the way.

Still confused about which Booster is which? Check out our handy dandy guide that follows our review of Booster Gold: Futures End #1!