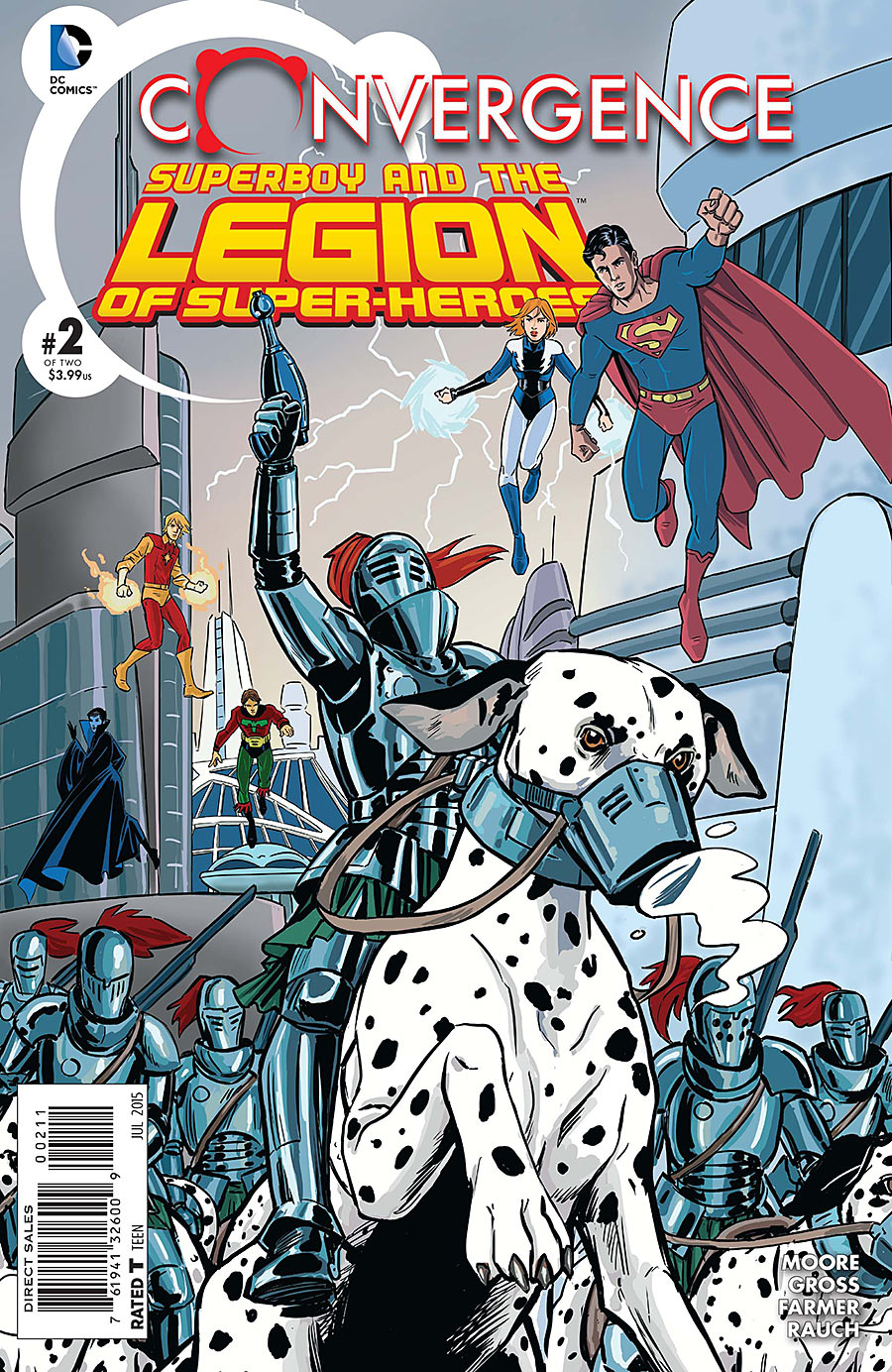 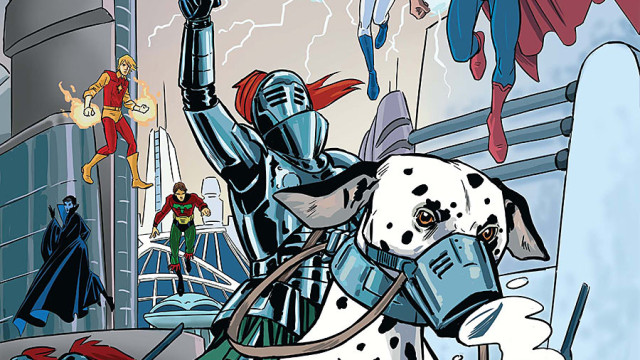 Superboy isn’t just trapped in another dimension under a dome. He’s trapped 1,000 years from his native time, away from all of his family, and hanging out with his friends on an extended retreat. It sounds like every kid’s dream. But the reality of it is anything but. Now, the Atomic Knights of a neighboring domed city have arrived, determined that to save themselves, they must destroy Metropolis.

It’s not easy writing the Legion of Super-Heroes these days.

There’s a thousand reasons why and this story might just explain why even attempting to circumvent those is a lost cause at this point.

PROBLEM: The Legion of Super-Heroes is too big.

SOLUTION: Moore focuses on 8 key players and tells a story that gives each of them a little room to breathe. The focus is clearly set most on Superboy, Lightning Lass, and Brainiac 5, but we do get to see powers and dialogue from every character. Except that, with only 8 members present, it just doesn’t feel like a Legion. It barely feels like a team. And it definitely doesn’t feel like the team taken out of time at Crisis on Infinite Earths. The Legion has always prided itself on a heavy contingent of women to balance the men, so why only 2 women to 6 men here? It doesn’t feel right.

PROBLEM: Without Superboy, the Legion doesn’t make sense to readers.

SOLUTION: Moore puts Superboy at the forefront of this story, and truth be told, his characterization is right on. The pre-Crisis Clark Kent who interacted with the Legion was no Superman. He had doubts, and insecurities, and while he was certainly heroic, he wasn’t everything he would grow up to be. Yet. Which is great character work for him, but it puts everyone else in this issue in the backseat narratively, which is troubling for this Legion fan.

SOLUTION: Sadly, it’s all kinds of messed up here. If I’m not mistaken, the Kents were already dead by the time the Crisis rolled around. But Superboy is here pining for them. Lightning Lass was on her way to a relationship with Shrinking Violet at this time. Seeing her falling for Superboy, especially when there were several other Legionnaires who would have fit that bill easily, takes me way out of the story. Meanwhile, we have three other Legionnaires who have steady partners or spouses (Colossal Boy, Shadow Lass, and Ultra Boy) with no mention of them. A full year away and nothing?

If this all seems petty, well, frankly, it is. But that’s the concept that was presented here. Not a story revamping the Legion. Not a new take on an old concept. The actual characters pulled out of time at a fixed point. Some books did a better job than I could have ever dreamed. This isn’t one of them. And it goes to the idea that if the Legion is to be used, at all, it’s going to come with a lot of strings that need to be tied up. Not every creative team is up for that.

The art from Peter Gross is fair, but a far cry from what was presented in last month’s issue by Gus Storms. No matter that they have the same inker in Mark Farmer, these presentations of the characters couldn’t be more different. I got a fun vibe of Scott Pilgrim from Storms — which, while not anywhere near an homage to the classic looks of Giffen or Lightle, was fun and airy. Gross’s work is actually stylistically closer to Lightle’s, but without any of the charm or sophistication.

Ultimately, I’m underwhelmed by the story and art, but the real sadness is that I didn’t get to see the Legion of Super-Heroes again — even just to say my goodbye. I got a facsimile that didn’t live up to how great these characters were in their day. But, to be fair, this team isn’t the first to give me that. At this rate, they probably won’t be the last either, until DC decides to fully revise the concept from scratch or finds that perfect magic that is one in a million. Here’s hoping for the latter.