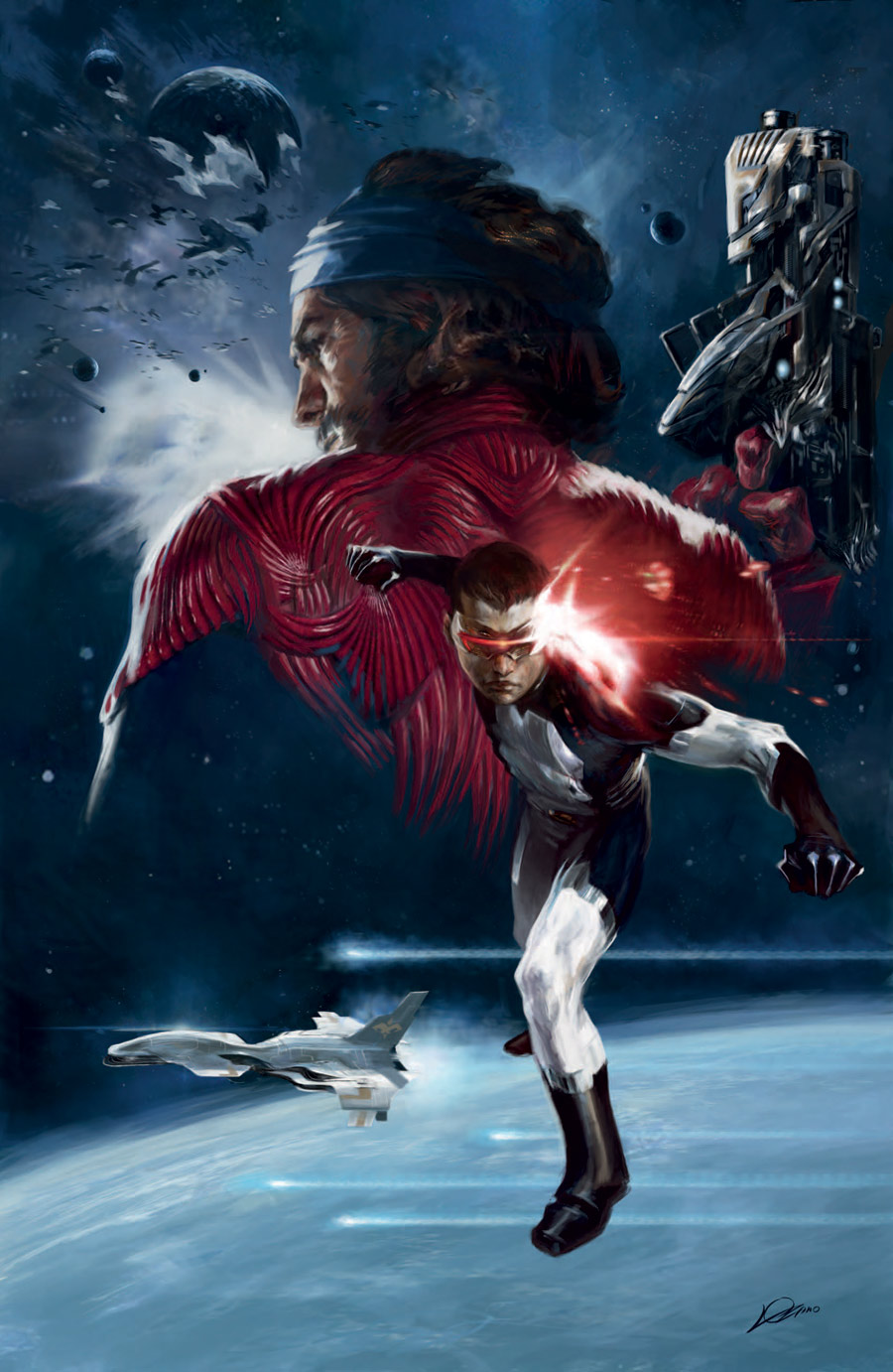 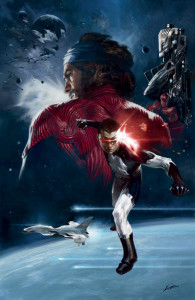 Pulled forward in time from the earliest days of the X-Men, young Cyclops has been given an unimaginable gift: the return of his father, who he has believed to be dead for eight years. What could make this better? His dad is now a space pirate, with his own ship and a motley crew of alien beings. Whoa.

If you had asked me growing up if I’d read a Cyclops ongoing series, I would have answered with an enthusiastic “Hell yes!” Yes, I was that kid — the reserved, stoic one who imagined his future as leader of a band of mutants, who always did the right thing, and felt oppressed for who I was and what I did. I identified with Cyclops. I even probably had a bit of a crush on him. He was what I imagined myself to be when I grew up.

So, this series is a bit of a 180 from what I ever imagined for one of my favorite Marvel characters. Now, pushing 40, I can’t imagine myself wanting to be sixteen year-old Cyclops, a second one in the current timestream. The “original” is probably in his early thirties and leading a revolution for civil rights the hard way over in Uncanny X-Men. Yeah, I still admire and aspire to be that guy. But this Cyclops? No, I just can’t see that.

Instead, what Greg Rucka delivers is an unfiltered look at the mind of a teenager, the likes we surprisingly don’t see very often in books filled with mutant teenagers. I find this to be the case frequently with teen books — that they never really treat teen heroes with the characteristics regular kids exhibit: awkwardness, embarrassment (especially when unwarranted), insecurity, a propensity to speak before having fully thought out one’s ideas. Rucka doesn’t hand us a mini-adult in Cyclops, but a raw teenager who is still just putting his emotions together, even in the face of the craziest stuff imaginable.

Sure, compared to travelling through time and facing your future, hanging out in space with your dad and his cat-like girlfriend may seem second nature. But for Scott, there’s a sense of wonder that can only be overshadowed by everything I remember about being a teenager. The internal monologue is louder at that age than any other, and that’s being captured so well here, but with a subtlety that saves us from being hit over the head with teenage angst.

Russell Dauterman, too, has saved me from the most awkward of situations by rendering Cyclops younger than most, but trading that off in the figure of Cosair, Scott Summers’ long lost father. In short, thank you Russell, for making me completely forget how hot I thought Cyclops was as a kid, with your illustration of his father Christopher. Transition fully made. No awkward comic book rationalizations required. Wow.

But in all seriousness, Dauterman and colorist Sotomayor have done an amazing job of not only getting across that youthful energy in Scott, but making this new world around him feel deeply alive. This outer space is not an empty expanse, but a bright, living world just waiting to be explored. I feel like I get to see what Scott is seeing as he ventures out, and it’s pure fun. And you can see it in the kid’s facial expressions. Who knew young Cyclops could smile so wide?

Like I said, I never would have expected this type of book for Scott Summers, even two years ago, but I’m exceptionally glad to have it in my hands. The realness Greg Rucka is infusing in every thought caption, combined with the sheer delight Dauterman lays out on the page, makes for a book that is sure to impress Cyclops fans — old (well, I’m not that old) and new.