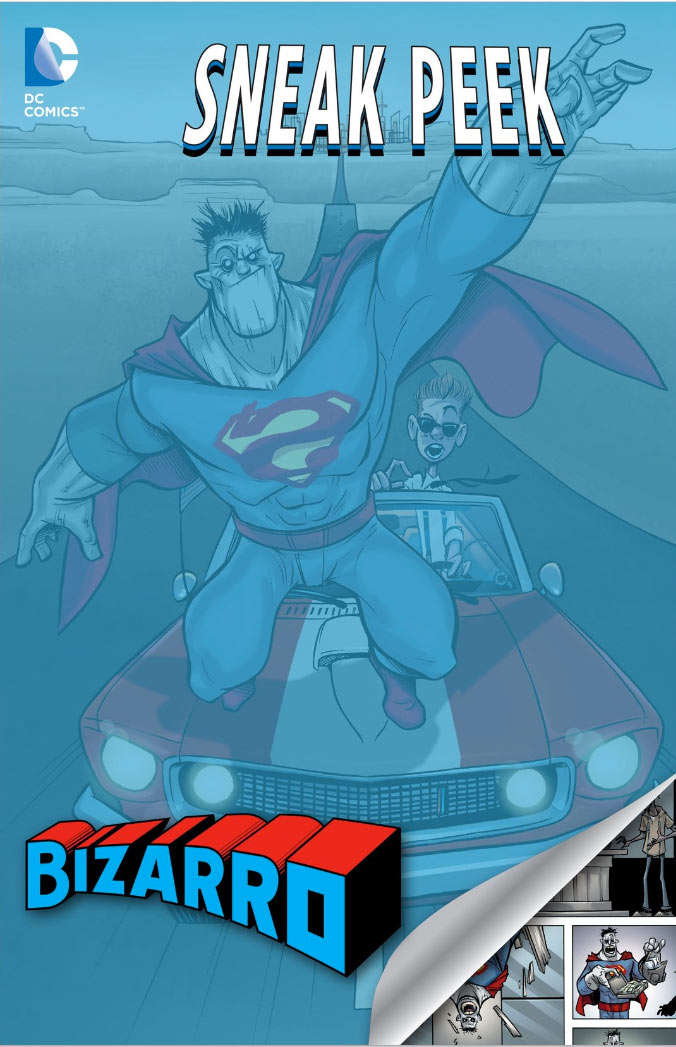 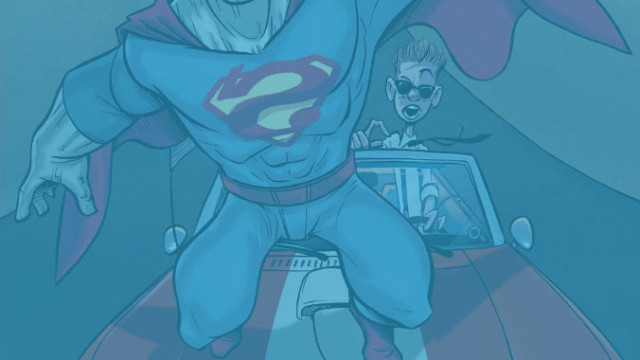 Introducing the hero no one wants! And Jimmy Olsen’s assignment is to help get him out of Metropolis and into Bizarro America aka Canada!

Bizarro is a challenge for some writers. He is Superman class character but very goofy. A lot of writers struggle to remain consistent in what Bizarro truly is either in the form of his language, origin, and/or power. The main premise of Bizarro that I found works best is that he is someone that tries to be a hero but struggles because his powers are reckless in nature. That is regardless of being a clone, from another world, or even created by a magically powered Joker. It is what makes him work. The language is the gimmick. The heart is what makes Bizarro last. Still at the end of the day the character is limited and can wear out his welcome. DC’s decision to make his new series a mini is brilliant.

As for the premise of this series laid out in the sneak peak, Bizarro is a problem and Jimmy Olsen sees an opportunity to make a book (as well as a buck) and take him to Canada. It lays out a defined goal and provides opportunities for the two to play off each other. Think Tommy Boy/ Black Sheep but with a slightly deranged Superman knock off. It has legs and works. Heath Corson has a solid foundation to build on here. It does make me want to read more.

The art of the series will be the big selling point. There is a reason why it was a lead off promo during the Divergence announcements. The comic stands out from the sea of DC books. It is fun. It is animated. It is different. Most importantly of all, it is fresh. Gustavo Duarte brings body language and humor to the book and will surely be celebrated once this series hits.