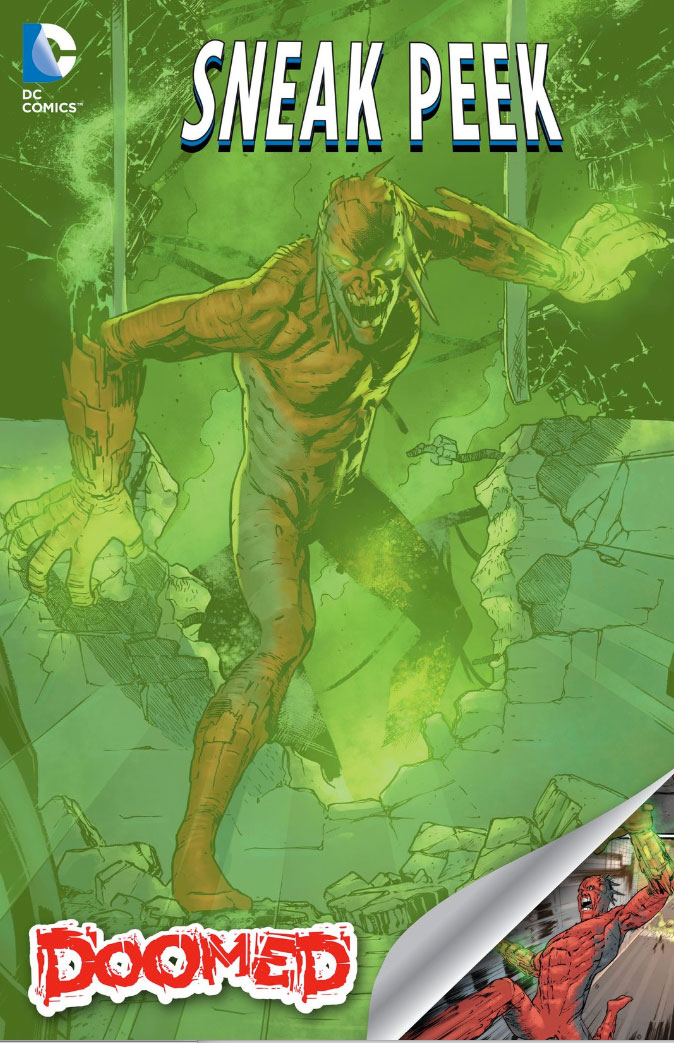 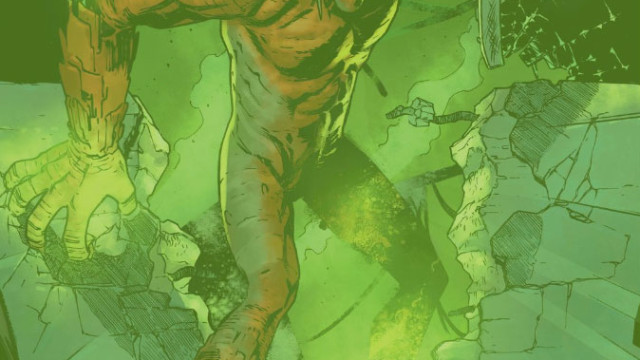 Reiser is just like every other college student — he worries about his grades, family, friends, girls, battling the Alpha Centurion in the streets of Metropolis as a Doomsday-infected monster…

Right up front, I’ve got to say that Doomed is probably not a book I’m going to gravitate toward. The recent Doomsday crossover wasn’t my cup of tea, and I don’t have a historical attachment to the character. But I should be clear: enjoyment of this book will not be predicated on either of those two things as near as I can tell.

Lobdell does have a history of writing teenage characters as real human beings, which in this context, is actually kind of funny and important. A young college student turning into a rampaging hulk that can’t express himself is one interesting dilemma, although not one that can be milked indefinitely. The idea of losing yourself to the monster you become has some legs though.

The internal monologue is very real and makes Reiser out to be likeable off the bat. He clearly has a developed life that Lobdell already alludes to, with friends and concerns past becoming a giant glowing monster. It’s almost as if Peter Parker is being mashed into the Hulk, but a person of color with a gay roommate. Not a bad formula, but time will tell if it’s unique enough to catch on.

The art by Javi Fernandez is fun and kinetic, capturing Doomsday’s rage AND fear, which is well done. If that range of emotion continues across the series, this could end up being a fun romp for those who want to get in on the ground floor.