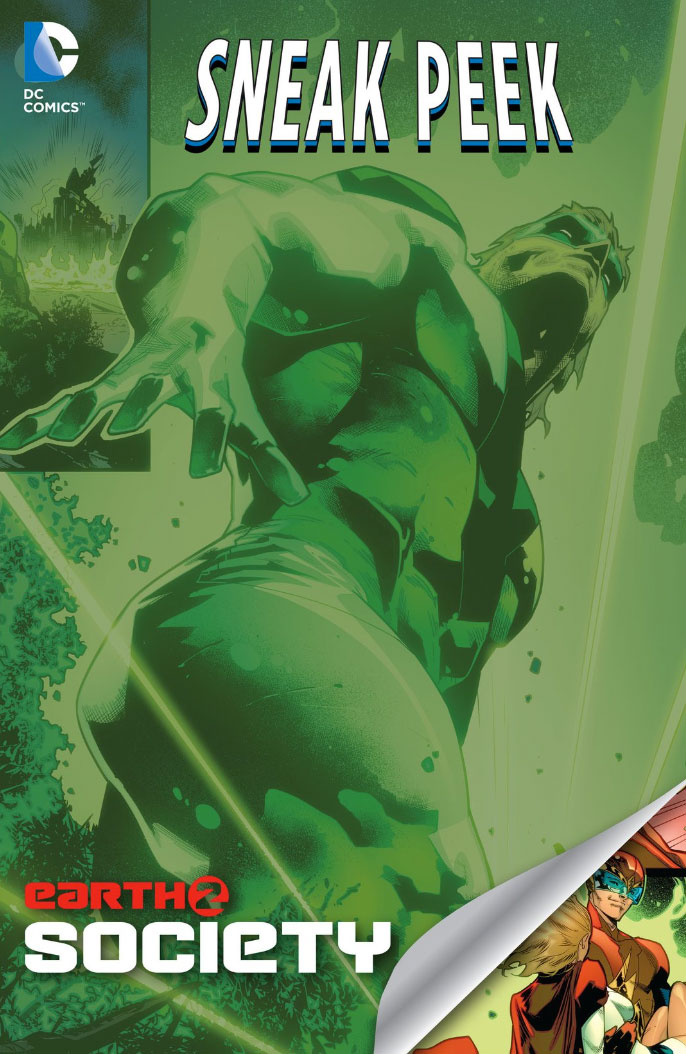 The survivors of Earth-2’s war with Apokolips find themselves on an unknown planet, but can Green Lantern, Power Girl, a new Batman and the other heroes of Earth-2 create a new world better than the last?

I was very skeptical going into this preview, given my experience with the half-yearlong series Earth 2: World’s End, but this prologue has several things going for it that make me want to jump back on board, despite myself.

For one, the art by Jorge Jimenez is clean, crisp, and dramatic. Jimenez gives a dark feel to New Gotham and its heroes that balances out the more traditional heroic stature of Neotropolis’s defenders. I believe Power Girl is THE Superman of this world, and I adore the new look of Alan Scott.

A lot of the credit here also needs to go to colorist John Rauch, who takes even the darkest corners of this brave new world and lights it up like the four color dream Earth 2 deserves to be. The Flash wouldn’t seem nearly like the beacon of light he is without this palette at work, and I think it’s one of the reasons I’m going to be jumping back onboard.

The other is the set-up by Daniel Wilson. While I felt World’s End had too much going on in any given issue to maintain consistency, these 8 pages indicate a clear dynamic, a central conflict, and illustrate the characters in a way that I understand who they are immediately. That goes a long way to getting Earth 2 back on my pull list.

The Verdict: TRY IT OUT