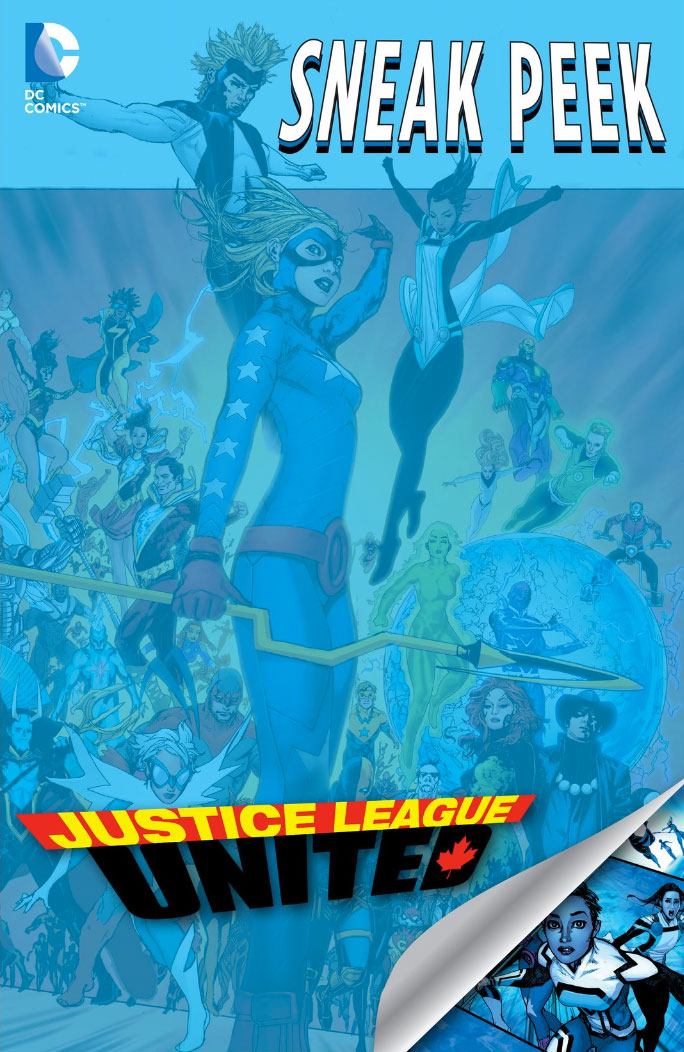 With the Convergence concluded, Alanna Strange, Star Girl and Equinox assemble brand new and wildly untraditional teams of heroes and villains to work together and stop another cosmic catastrophe before it happens. The stakes have never been higher, the adventure has never been bigger, and the team-ups have never been crazier than they are in the new JUSTICE LEAGUE UNITED.

Justice League UNLIMITED, you mean. This is quite the surprise coming out of nowhere. It’s not just that this particular preview wasn’t scheduled to be shown by DC Comics, or that this series seemed to be put on delay while a creative team was chosen. It’s that Jeff Parker has managed to keep everything I loved about the previous year’s run and added so much more potential to the concept.

Having Alanna Strange and Equinox still central to the book is key for me, as they are both not only Canadian, but women of color — categories of characters that do not have nearly as much representation as one would like. Having the core team remaining 75% female is pretty neat too.

But the real trick here is Jeff Parker’s lovely balance of personality and big picture potential in this “assemble the troops” episode. The wide and varied cast available to Parker is impressive, and Foreman’s work — more associated in my mind with the horror aspect of the DCU — makes for a really unique and beautiful rendering of every character. Both Foreman and Cox combine their talents to produce a truly magnificent looking title, that is absolutely worthy of the Justice League name.

Also, there’s still a maple leaf in the logo. So, kudos to that!