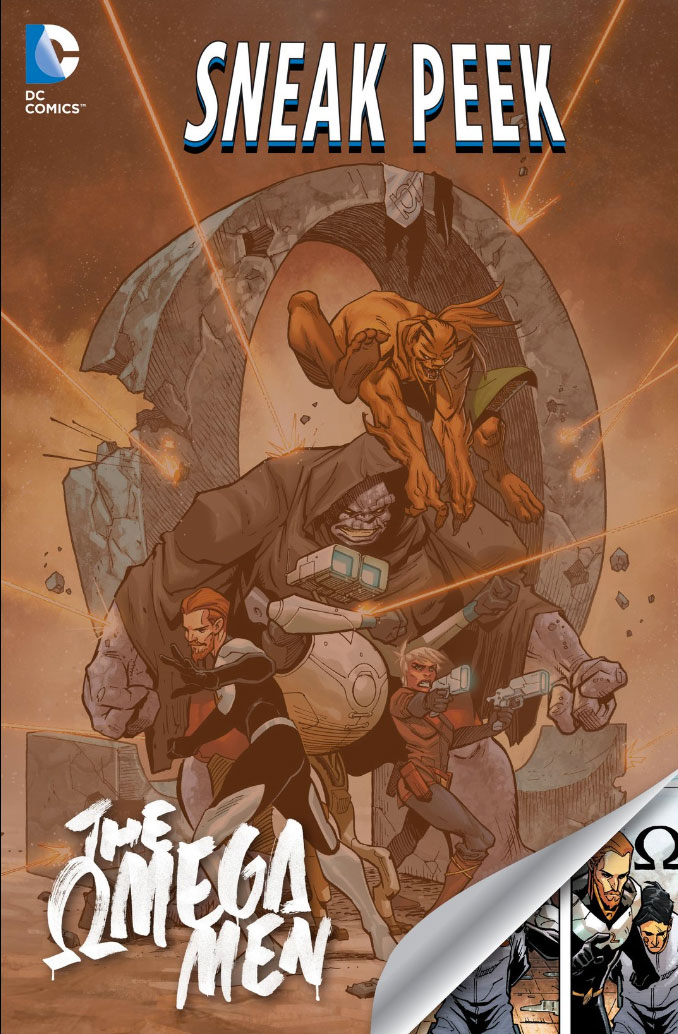 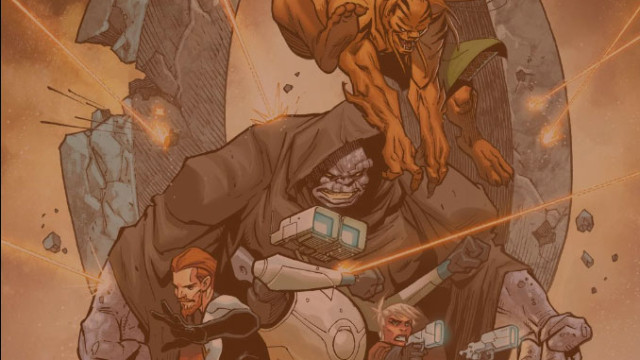 Upfront, I have to say, this is the book I was willing to just pass over. I’ve never been a fan of DC’s space characters, and only cared about the Omega Men in the very brief moments they appeared alongside the New Teen Titans in my youth.

Tom King sets up a very interesting take on the team here, and I have to say, I’m pretty intrigued. Yes, the Omega Men have always been positioned as revolutionaries, but never before now has the line between revolution and terrorism been so hard to discern. There’s a ton of opportunity in that idea, and I can see that King is going to make the most of it, based upon this preview.

Bagenda does an excellent job with the pacing on this short story, giving just the right amount of narrative pause and movement to create the tone. There’s no question about the amount of time that’s passing — the pace is so well documented without any tricks or clues like a video timestamp.

What’s most interesting, of course, is right off the bat, the reader doesn’t know if anything we’re seeing is true. Is this a show of force? A ruse? Are these bad people? Good people. All we know is that they’re desperate. And that makes for an excellent story start.

The Verdict: TRY IT