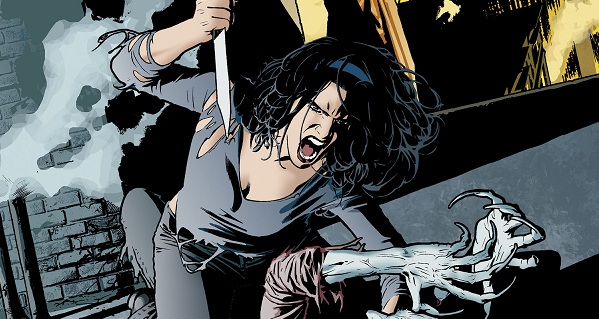 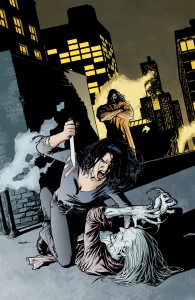 In the concluding chapter of a three-issue tale, DC Universe Presents: Savage brings FBI profiler Kass Sage face-to-face with the copycat serial killer she’s been pursuing with the assistance of her father. The trick is, Kass’s father is none other than legendary serial killer (and perennial DC Universe villain) Vandal Savage. Released from Belle Reve prison in chains to help track the killer, Savage is either his daughter’s greatest asset or an even bigger threat to her success, life and mental health.

With heavy shades of Silence of the Lambs permeating the initial set-up, Robinson isn’t delivering the most original plot ever written for a comic book. Frankly, though, I think that’s not really the point of these episodes. Savage is a great introduction to a new and different female protagonist, scripted in the grand style of the Silver Age Showcase. Kass Sage is not cookie cut from the superheroine mold of a voluptuous body, wavy windblown hair and skintight costume. She is neither rage-filled from the reality of her lineage, nor fueled by the need to swing from rooftops. What Kass displays is cool intelligence, emotional distance (that doesn’t translate as spiteful) and mad skill in the performance of her job.

Chang’s pencils, inks and colors here are the best I’ve seen from the artist to date, including his earlier run on Deadman for this same series. Particular attention has been paid to the faces of both the Vandal and his daughter, telling more in smile lines and bloody scratches, soft eyes and stern jaws, than necessarily in words. Chang’s Kass has a distinctive look, making her at once equal in interest to other recently debuted female characters — Starling, Harper Row, Strife, and Element Woman, to name a few— but still decidedly unique.

The only disappointment I have with this story is that there’s seemingly not more in the pipeline. The DC Universe needs more women like Kass Sage and I am eager to discover where she can show up next.