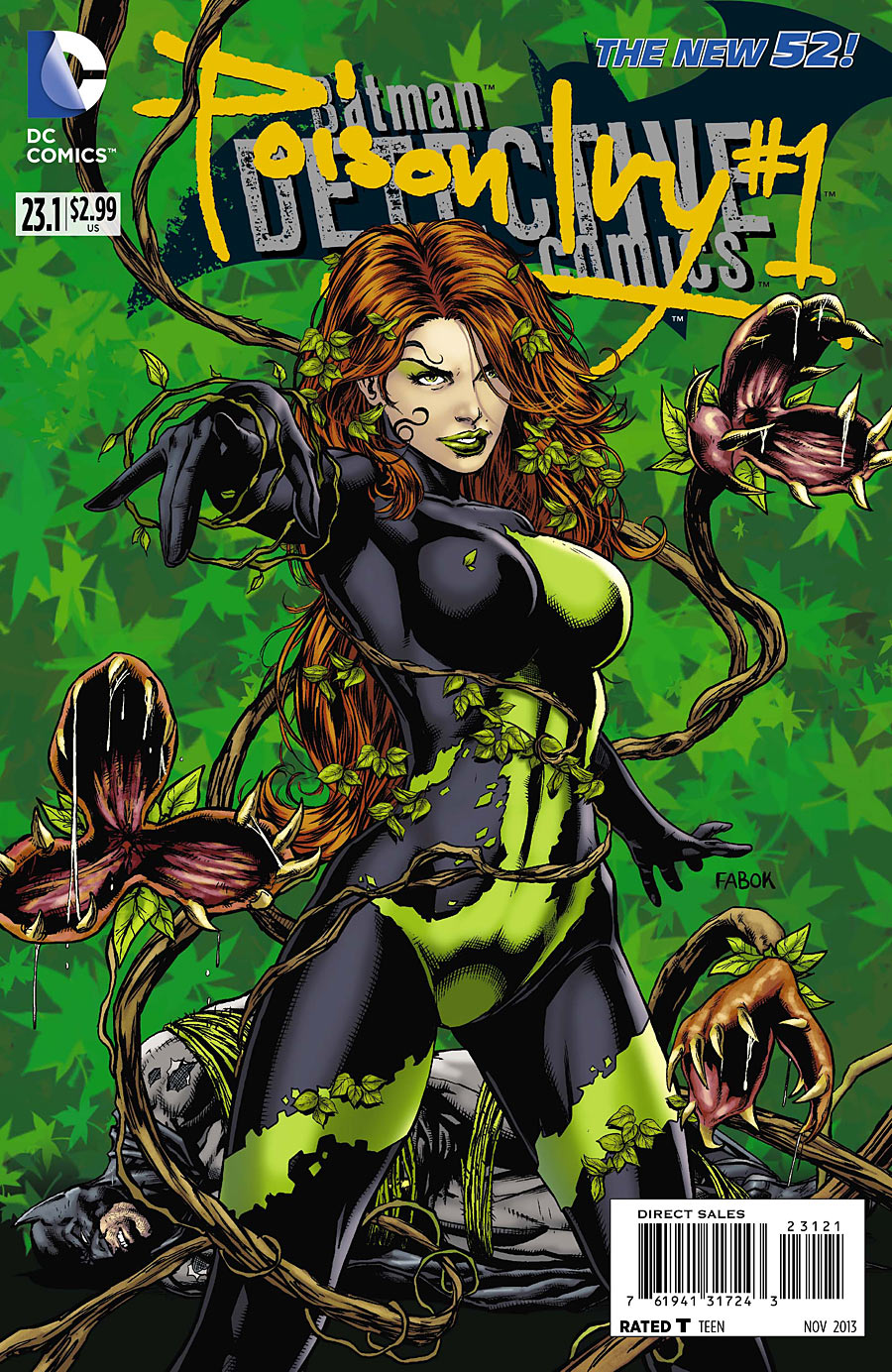 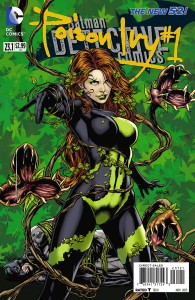 Batman is gone and we get a glimpse into the history (and fury) of the woman that is ready to take over. Poison Ivy may be executing a new brand of justice on the streets of Gotham, but by the end, humanity will be judged guilty pretty much across the board.

With the origin of young Pamela Isley providing a through-line for this single issue tale, the woman who would be queen of the urban jungle proves once again why smart, deadly and compelling villains are necessary for Batman’s world. In moving back and forth across time, Fridolfs is able to depict a character who doesn’t necessarily elicit sympathy, but is humanized to the extent that her relative coldness in the present day isn’t offputting. It’s a balance well achieved, actually, because I can’t say I find Ivy to be all that empathetic otherwise. Sure, there are moments in the story where she makes choices seemingly for the greater good, but they actually turn out to be quite selfish or arbitrary in a way that befits a true villain. A sociopath grown (no pun intended) rather than born is a hard path to take with a character, but Fridolfs manages it very well indeed.

The true treat is to see artist Javier Pina get his mitts on the character once again. Having illustrated a few issues of Birds of Prey that featured Poison Ivy (and are dutifully referred to within this issue), Pina is able to recapture that dark, elegant beauty that Ivy should always exude — not to mention feature her New 52 costume in all its simplistic and modern glory. Pina’s treatment of Ivy’s eyes is so dramatic, daring the readers to fall in love with her and then making us watch the dire consequences for doing so. And the art flashbacks to Pamela’s youth, with the perfect capturing of innocence and vulnerability, are truly gorgeous sequences worth picking up the entire book for. It’s a curious thing to jump from potted plants and orderly gardens to wild, inescapable jungle terrain, but Pina flows the action and emotion flawlessly from page to page.

A nice mix of origin, contemporary touchstone, and single issue snapshot, Poison Ivy #1 (or Detective Comics #23.1, as you prefer) may not inspire me to wanting a serious ongoing, but it definitely compels me to ask for more from this creative team for Ivy. And what the hell — a little Batman couldn’t hurt too.