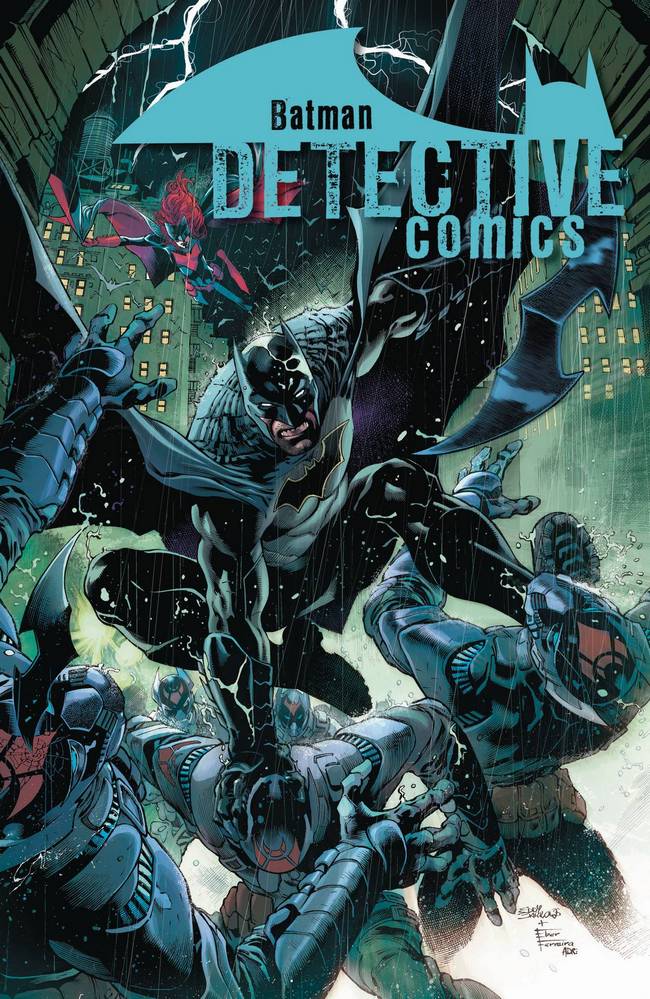 Kate Kane, you might actually get these punks whipped into shape.

That’s right, I called them punks, cause that’s how Batwoman is treating them and I love it. She’s going full military on this crew and she is determined to have them ready for whatever is coming, even if they don’t survive her training.

I absolutely love Tynion’s take-no-bullshit angle for Kate Kane, and he writes the interactions of the team very well. He gives them some cool gadgets that really cement their own unique place in the Batman titles with this issue, but it’s the inter-character drama that makes it work. Kane is so damn tough, mentally and physically that you can’t help but respect the authority that Tynion gives her, and there is an exchange between her and her father that does a great job of adding to the mythos of the Gotham. Gotham is all about history and whenever I see a writer work a new piece into that tapestry that works like this does, I’m very impressed. Despite the guy taking up the most real estate on the cover, this issue really belongs to Batwoman, and I love what Tynion is doing with this character. If this is our payment for waiting out her absence in DCYou, it’s worth it so far.

Tynion deftly handles some other characters in this troop who have been very iffy for me in the past. 90% of the time, I tolerate Tim Drake. I don’t necessarily like him, I teeter on the edge of disliking him, so I tolerate his presence in the story. In this issue, I found Spoiler and Kate Kane to be the pieces I needed to make this character work. Kane’s strength and command over the team gives his ego a check, and Spoiler grounds him and brings out a different side of his personality. I say kudos to James Tynion IV for taking Tim Drake from being a character that borderline pisses me off and making him a character I look forward to reading in this group for issues to come.

Basil Karlo’s presence delights me to no end, and both Tynion and Barrows deserve praise for this. He’s a brilliant choice to be the wildcard villain because he’s not irreparably heinous, but the physical aspects of the character are completely different than everyone else. Like Thing in the Fantastic Four, Clayface’s stature and bulk make him stand out at all times, and Karlo’s quasi-bad-guy-ness really just keeps things interesting. I loved how Barrows uses the character in page compositions, and he’s just the brute that this team of lean, acrobatic fighters needs.

Speaking of Mr. Barrows, his work in this issue is excellent. I enjoyed his dynamic pencils on the Martian Manhunter DCYou series, and he’s taking things to the next level with Detective Comics. His action sequences are dynamic and he does a great job of giving several characters some striking moments. He pencils Batman very well, Batwoman brilliantly, and the inexperience and exhaustion of the trainees while being put through their paces is evident. There are some choices made by either Eber Ferreira or Adriano Lucas (or both) to shift styles at points on pages to showcase a more “reflective” tone, but I found each time they did that it actually pulled me out of the story. The shift made it seem like there was a second artist working on the issue, and didn’t hit the mark for the storytelling impact they were going for. Other than that choice that didn’t fully hit the mark, the issue is a total victory on the visual front.

Detective Comics #935 is one hell of a read. Granted, this run is only two issues in, but it has my full attention and I am comfortable saying this is one of the best comics has launched from Rebirth. Tynion, Barrows, Ferreira and Lucas are driving forward with the power of a freight train and I’m really excited to see where this unconventional team book goes.