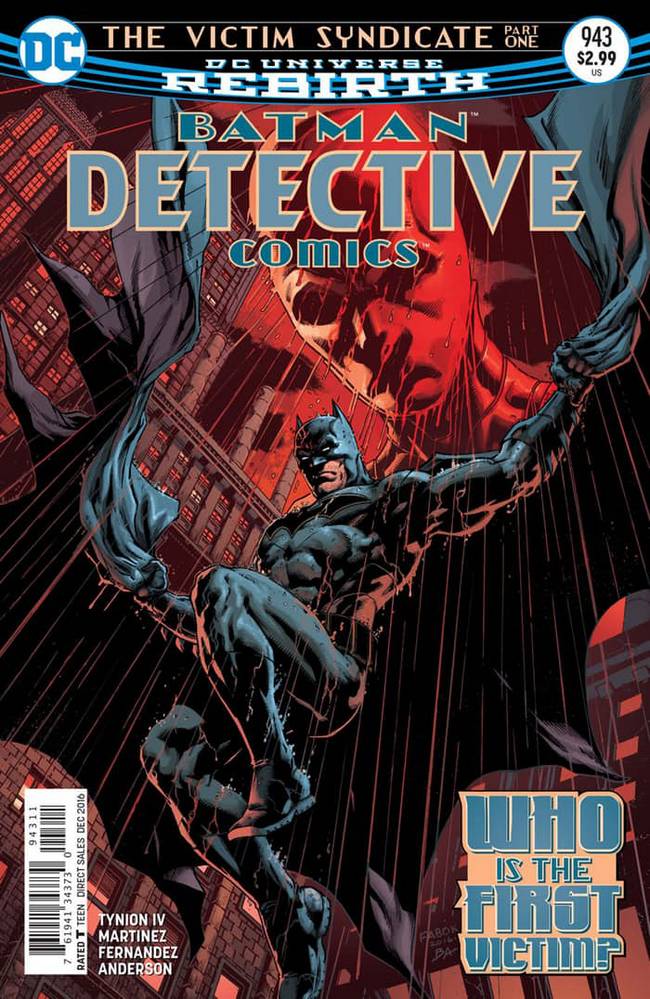 After the fallout of a monstrous crossover (ha!), the team is reeling from the events of Tim’s fall and a new threat that is coming.

Tynion does a great job of refocusing this title back on itself after the crossover, but not acting like it didn’t happen. There’s a nice transition here, making the issue accessible to new fans, using the crossover to enhance plot points, and also drawing in the loose threads from the first arc in a way that is organic and not repetitive. That’s no easy feat when you think of all that could go wrong in the first issue of a new arc when you’ve got all those factors in play, and Tynion juggles those balls perfectly.

This issue isn’t all about the past, by any means, though. Tynion deftly addresses several characters, even bringing in another couple Bat-family friends back into play with some great dialogue and touching moments. He establishes a new villain and checks in on the challenges of several members of this huge crew before dropping a great cliffhanger for the issue. He utilizes his massive cast well, making this one of the best team books available in the market today. No one is forgotten, but this title also doesn’t drown in the massive cast. It is a terribly hard balance to find, but Tynion finds it.

Alvaro Martinez, Raul Fernandez and Brad Anderson hold up their end of the bargain very well, also doing this massive cast justice. This issue is full of rock solid artwork from start to finish and Batwoman, in particular, is striking on every page she appears in. Martinez pencils a wild Clayface and goes for it with big pages where he can, delivering with each one of them. He captures the visual temperament of each character very well, and Anderson’s colours drive home the tone of the story perfectly. The palette Anderson utilizes is dark and murky when needed and vibrant when the mood calls for it, making the Bat-characters explode from the page at points. The art team as a whole sells this tale very well.

Detective Comics #943 is a great issue that kicks off what looks to be an entertaining arc. Tynion, Martinez, Fernandez and Anderson are a stellar team and they are crafting one of the best team books available in comics today.