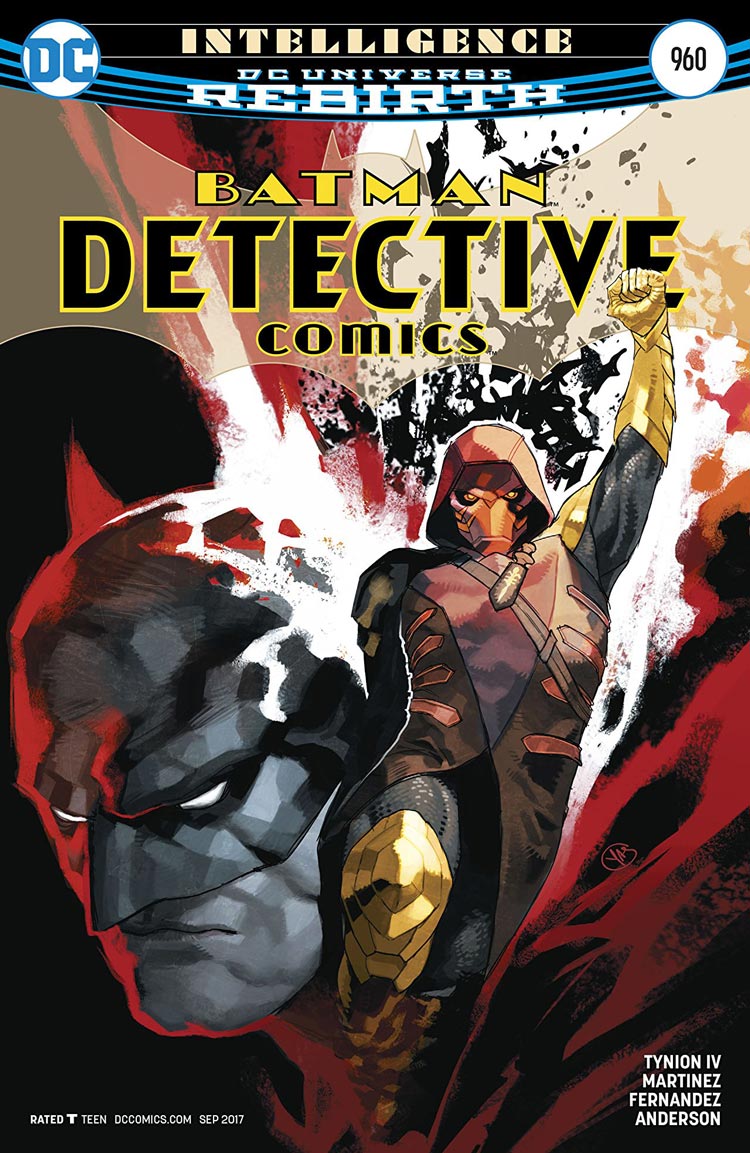 Bruce continues to try and get Zatanna’s help and more information is revealed about Ascalon and Azrael.

I really enjoyed the flashbacks of Bruce and Zatanna while he was training to eventually become Batman. Their history adds more emotion and impact to their interactions in the present day and makes it clear that Zatanna is trying to protect Bruce from himself.

Tynion really explores Zatanna and her magic usage in this issue. She explains to Bruce how much magic has consumed her life, that the more she explores magic, the less human she feels and the harder it is to lead a normal life. This is a really interesting take on magic, and shows that Zatanna wants to protect Bruce by trying to prevent him from using magic to get answers.

Zatanna eventually yields and shows Bruce the God Sphere, but she still doubts that it’s something Bruce should actually use. She doesn’t think that Bruce would be satisfied with only one question and one answer, not when he has so many questions about his guilt over Tim, about Ra’s, and about metal, which is a great tease of what’s to come. I really liked Zatanna’s point of view on this. Bruce is always shown as a detective, as asking questions, and only having one answer when he is able to get all the answers would be more than difficult for him.

Luke Fox and Kate Kane played relatively small roles in this issue, but I’m really enjoying their interactions and them working together to investigate the Azrael suit. It’s a nice change to see them getting along and to see Kate have a better understanding of Luke and his motivations. The interactions between the team Bruce has assembled are one of Tynion’s greatest strengths, and this issue was no exception.

The layout when Ascalon is talking with his master is incredible. Martinez uses smaller panels overlaying the larger scene to focus on Ascalon. Martinez is able to portray emotion and add depth to Ascalon, even though he wears a mask. The page where Zatanna reveals the God Sphere to Bruce is also stunning, with Zatanna using her magic to show Bruce just how much he questions. Anderson’s colors are gorgeous, with yellows and golds used on most of the page.

Anderson uses light and shadow very effectively, especially in conversations between Bruce and Zatanna. In the flashback, when they’re exploring the hidden room, light is filtering in through the windows and Bruce and Zatanna are black figures. Their rooftop conversation also plays with light and shadow, lit by lightning, with Bruce’s face hidden in shadow. The use of lighting in this way adds to the mystery of the scene, especially the mystery surrounding Zatanna and her use of magic.

I really enjoyed the exploration into Bruce and Zatanna’s friendship and history. This continues to be one of my favorite Rebirth books, and I’m always eager to see what this team will have to face next.