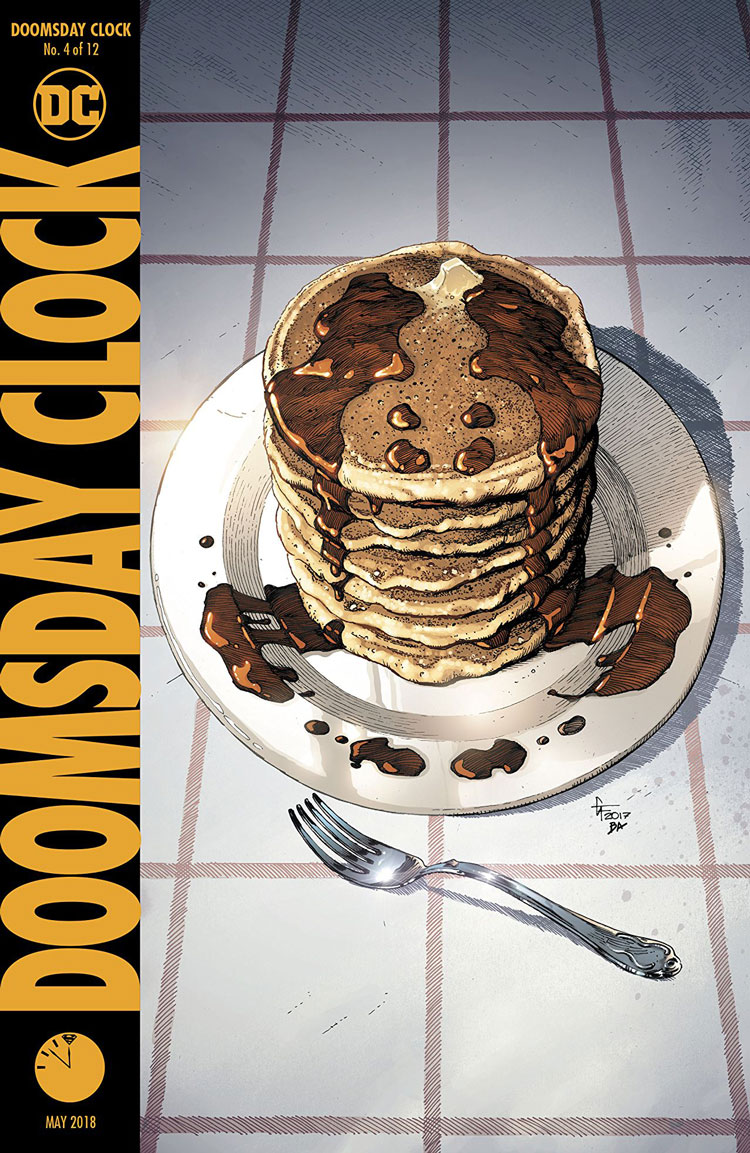 The secret origin of the new Rorschach is revealed — and believe it or not, his fate is tied to the origins of the Watchmen Universe in more ways than one. And as one John Doe rises from Arkham, so too does a Jane…

Every universe has its distinct secret origin style.

Marvel is all about the scientific experiment gone wrong. The accident. The Hulk. Iron Man. Spider-Man. Captain America. Captain Marvel. Ms. Marvel. Even the X-Men are “accidents” of nature in their original conception. Thor is largely the exception.

DC’s heroes tend to choose their heroic identity more profoundly. But at a cost: that of a dead parent or parents. Superman. Batman. Shazam. Nightwing. And in later years, Flash and Green Lantern, albeit retroactively. Wonder Woman is largely the exception here, although one could argue the many enforced separations over the course of 75 years between her and her homeland features strongly as motivation.

The dead parent is a trope that I imagine had a lot of power for comics in their infancy, drawing in children for whom it could be equally described as their darkest desire and most chilling fear. The freedom of a life without authority, where you supplant your own parents as “the adult.” It’s compelling for children, and probably to a large share of adults as well.

And it is uniquely DC. Yes, there are other origins in other universes that harbor that trope, but they are largely imitators of the original. The dead planet. The orphan child. The mantle struck. The mission decided.

He is an anomaly in terms of the story. And the first indication that the infection of one universe toward another may not be moving only in the direction we presumed, at least on a meta level. For as much as we assume Doctor Manhattan has “revised” the DC Universe, we’re seeing those which touch it most obliquely carrying its influence backward through time.

This could be just another way of saying Geoff Johns and Gary Frank are messing with the integrity of a classic story. And a lot of comic book critics probably would. I’m not so sure I agree.

Watchmen’s origins are not creation of whole cloth. That much is clear. The degree to which we can agree its characters are straight pick-ups of their Charlton Universe ancestors, placed in a twisted contemporary setting at the time — that will forever be hazy. But in interrogating the idea Johns has introduced with the second (third?) generation character of Reggie Jones, I think there’s some interesting ground about the dialogue these fictional worlds have with each other. Over and over again.

Frank is picking up a lot of the feel of the original Watchmen series, coming closer in the past two issues to a modern reinterpretation of Dave Gibbons’ style than in issue #1. His work is simultaneously cretinous and elegant, particularly in rending Reggie’s trauma from the alien incursion and his subsequent hospitalization, now re-awoken by Batman’s incarceration of “John Doe” in Arkham.

As a mirror to Moore and Gibbons’ Watchmen #4, where we see the clockwork of time and space moving forward and back, the machinations Johns and Frank establish to reflect Reggie’s past and present are impossibly banal. But these classic origin elements — the dead parents, the elder mentor, the legacy of greatness, and the donning of the mantle — it’s all very regal in the most classic DC Universe way. It breaks from the style of Watchmen enough to leave a clean cut for me, leaving the original story off on its own, so thoroughly unconnected.

And that leaves a lot of wiggle room for story. More than I necessarily imagined at its start.