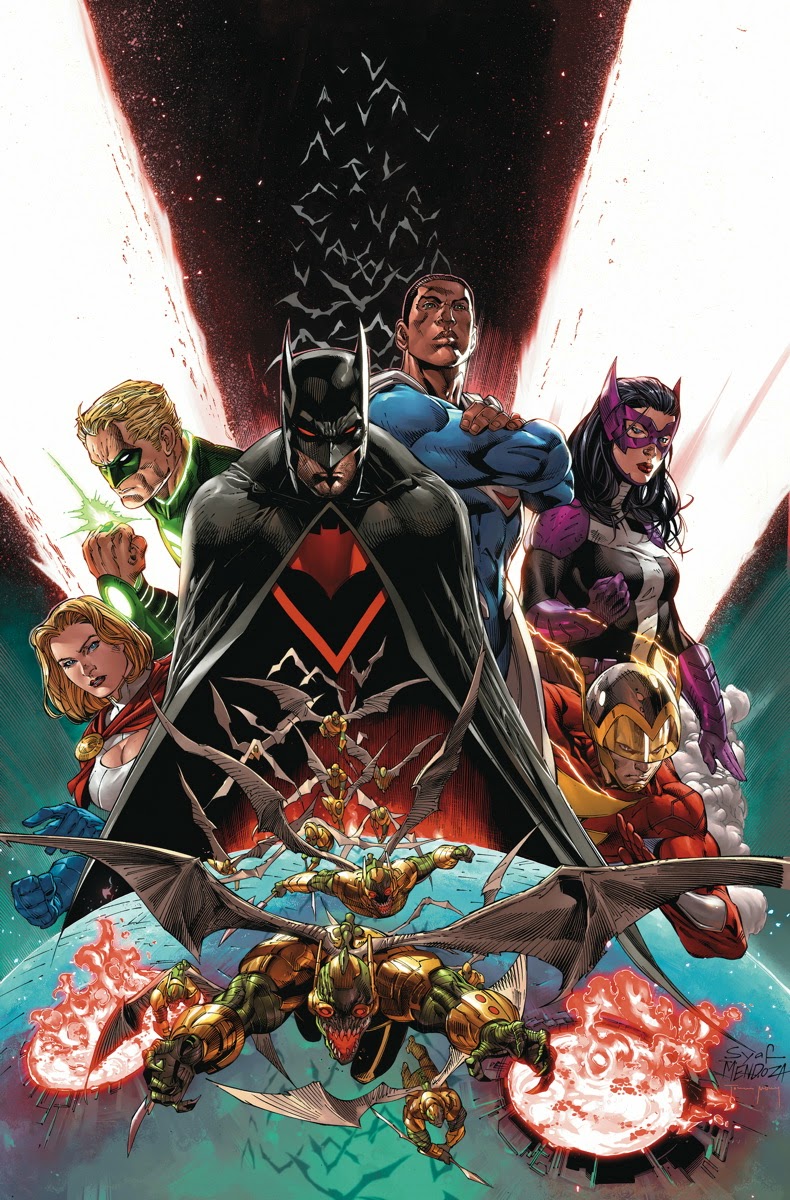 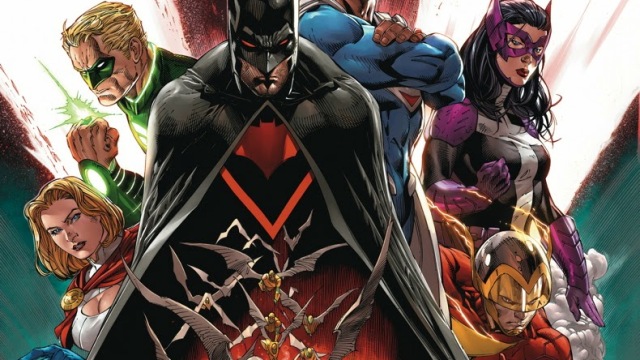 The planet is in ruin. Darkseid’s minions have been beaten back. But they’re not defeated. Not by a long shot. Without even a day’s rest, the next wave of Apokoliptian threats has arrived, and the new Wonders of Earth 2, rejoined by two of their originals, are going to have their hands full.

And if Dr. Fate’s poetic rambling is to be believed, they don’t have long to fight before it will all come to an end.

With the launch of DC’s third weekly series, head writer Daniel H. Wilson clearly has a big job to do. In some sense, it was a bit frustrating to spend the first 12 weeks of The New 52: Futures End getting to know the new players and seeing them weave in and out of the story. But that tactic ended up paying off by giving us a series that has deep roots and strong connections between characters that we can’t help but want to follow.

With World’s End, we have nearly the opposite tactic employed, and the effect is staggeringly different. In theory, I already have a deep connection to all the characters appearing in the book, having avidly followed their adventures for the past two years in the Earth 2 monthly. But what that experience gave me — in nearly every single issue — was heart. And that seems to be missing here.

It’s not just that the first twenty pages of a very moderately priced $2.99 book was devoted to plot catch-up for the uninformed. There are actually some interesting tidbits added to what we already know, a focus put on a character most fans believed would likely never be referenced again, and a really nice blending of the two (or maybe three) sets of characters created by James Robinson and Tom Taylor, respectively. Narrated by Alan Scott, the storytelling in the first half flows very well, and as a #0 issue, would have been a strong one-shot on its own.

But the remainder of the book (another 20 pages) is devoted to relaying the status quo of nearly every single major character who is active on Earth 2, and that rapid-fire check-in leaves little room for Wilson, Bennett, and Johnson to lend any significant emotion to the events that unfold. I’m not sure I needed to know exactly what Hawkgirl, the Flash, Dr. Fate, Huntress, Power Girl, Superman, Batman, Red Tornado, Mr. Terrific, Mr. 8, Mr. Miracle (huh. I just got that they’re all misters.), Fury, Big Barda, Sandman, Commander Khan, Barbara Gordon, and Dick Grayson were all doing right this second. It’s too much, and it’s well at the expense of getting personality out of almost any of them.

The art teams — four in all in this extra-sized issue — are wildly inconsistent, which adds to some of the disconnect I feel with the events of the issue. Ardian Syaf’s normally clean-cut rendering seems to be missing a ton of detail once you get past the main focus of each panel, with faces left nearly blank on characters being spoken to, and expressions on those rendered a bit generic. And Jorge Jimenez’s pencils and inks just feel incomplete by comparison to some of the other, more highly detailed work in these pages.

Eddy Barrows and Eber Ferreira deliver some absolutely gorgeous pages, but they get lost between those sketched out by other artists using a much looser style. And Paolo Siqueira and Cam Smith’s depictions of Hawkgirl and Dr. Fate in the sky are the perfect style for the book, almost lending a sense of emotion just with the art alone, independent of script.

If any one of these artists had drawn every page, or even two teams each drawn a consecutive 20, this book might have held together much stronger. And it should. This is a major moment for the characters of Earth 2 — their second book and perhaps their world’s demise. Breaking the issue apart did that occasion a disservice, unfortunately.

Fans may have complained of late that every Earth 2 character hasn’t had an opportunity at the spotlight, but clearly giving them all a shot at once isn’t paying off. My hope is that this issue is merely a status quo prelude, and we can concentrate on each story arc more intently — and with more pages than one or two at a time — in the weeks to come. There’s a widescreen story to be told here that could amaze, but the stakes are going to be meaningless if I can’t connect to the characters.