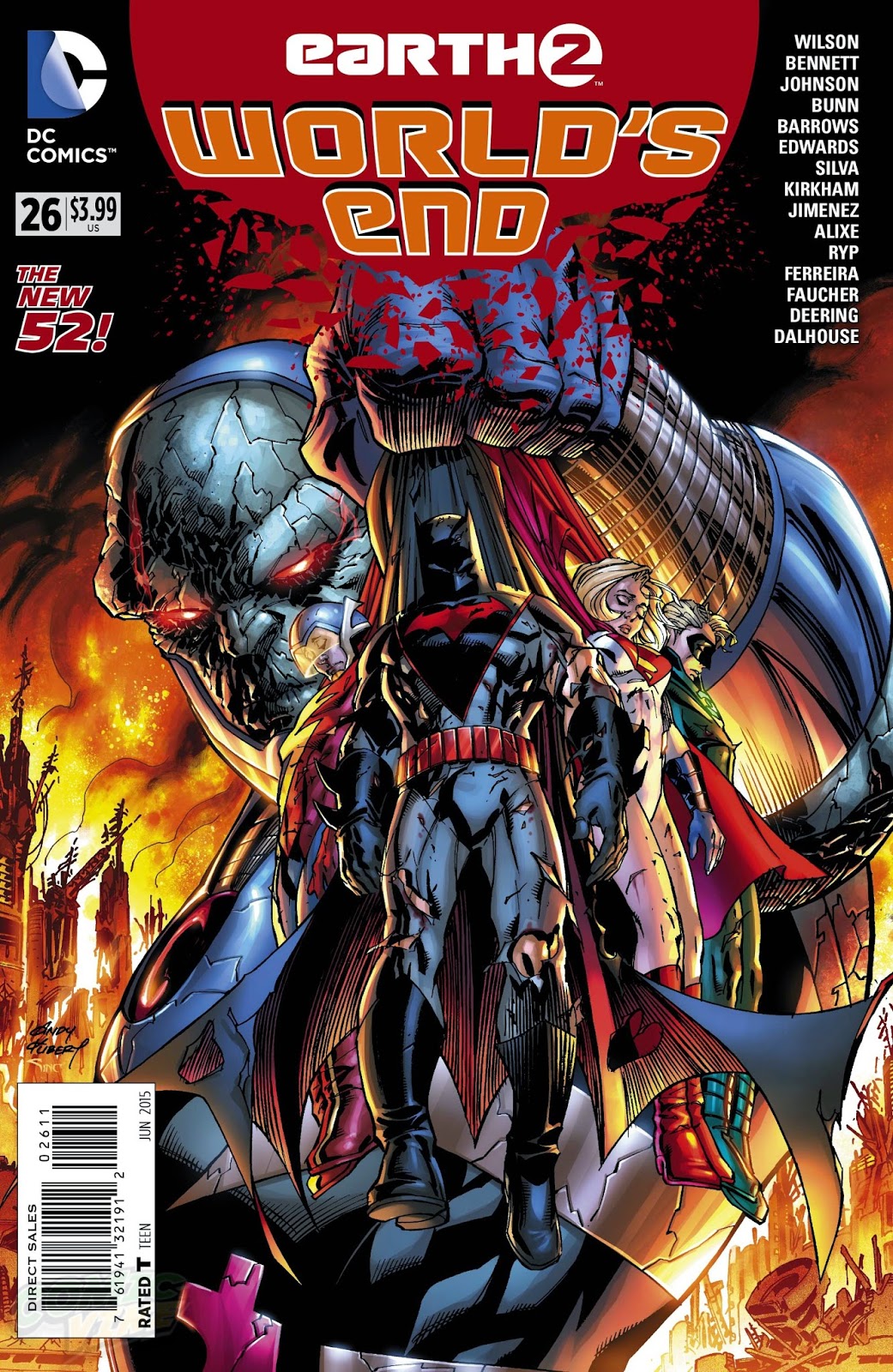 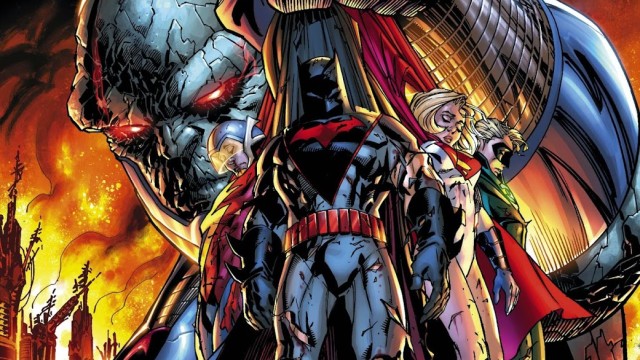 The end has come, and despite all hopes and wishes, Earth 2 falls to Darkseid. The heroes stage their final battle, and while the world may be lost, this is where we get to see what becomes of its people — and its saviors. With Green Lantern taking center stage in a losing battle, this truly is the end of a world. But every end is another beginning…

There’s this thing about train wrecks. You want to look away. You know you should. But human nature just keeps drawing your eyes over the devastation. How physical and emotional misery is such an attractive force, we’ll probably never know. But it is a fact: there are some things you can’t avert your eyes to, no matter what your head says.

Earth 2: World’s End is quintessentially that train wreck in comic book form, both from a story standpoint — it is the death of a world after all — and creative. Once a universe heralded as one of the most thoughtful and creative in DC Comics’ stable (both before and after The New 52), Earth 2 has devolved, as has its characters, into something so much less than it had been.

This final issue is, as expected, a grand fight back against the invaders, and on that score alone, the contents work OK. There’s general smash and collapse, but no overly powerful scenes or confrontations, with the exception of a single double page spread of Alan Scott’s big multiversal punch out of Darkseid. It’s a short-lived moment — surrounded by a lot of less impressive art — but frankly, I’d be guessing at the artist, because there are seemingly no less than seven pencillers on this single issue — again.

[So, forgive me for not issuing credit. If you are reading this review and can identify who is who, I genuinely welcome that in the comments below.]

The style here varies radically, in form and in substance, so much so it becomes difficult to enjoy the honestly good moments. Mr. Miracle’s final words to Fury. Alan’s goodbye to Sam. The Flash’s last burst of bravery. All should have been weighty moments, but with so much to distract, there’s no way for me to give myself to any of them. There’s no getting lost in the story because there’s just so much contradiction.

And that’s not limited to the art alone. Several key moments go unillustrated, seemingly left out of the script, that probably should have been there. Where did this watching Oracle come from (not once shown in space in issue #25)? Where did Dr. Fate go (makes no appearance in this issue, but was standing around in the last)? How did the heroes on Earth that end up in space get there? Green Lantern? Why them and not the others? Too many questions and not the kind that will likely be answered in either Convergence or Earth 2: Society. These are physical, page-to-page continuity issues in Wilson’s plot, and it makes for a maddening read.

What once was at title at the height of characterization and emotional pull has settled here without the impact it once had in spades. Earth 2 is lost to these heroes, and I can only hope that their next planet gives them an opportunity to shine again. I appreciate the desire to create a spectacle, and Earth 2: World’s End has certainly done that, but probably not in the way the creative team expected.

Like I said, it’s hard to look away, especially when something you love is what’s laying underneath all that rubble. But the sight is not pleasant, and my true hope is that one world’s end leads to a better one tomorrow (or this June, as the case may be).