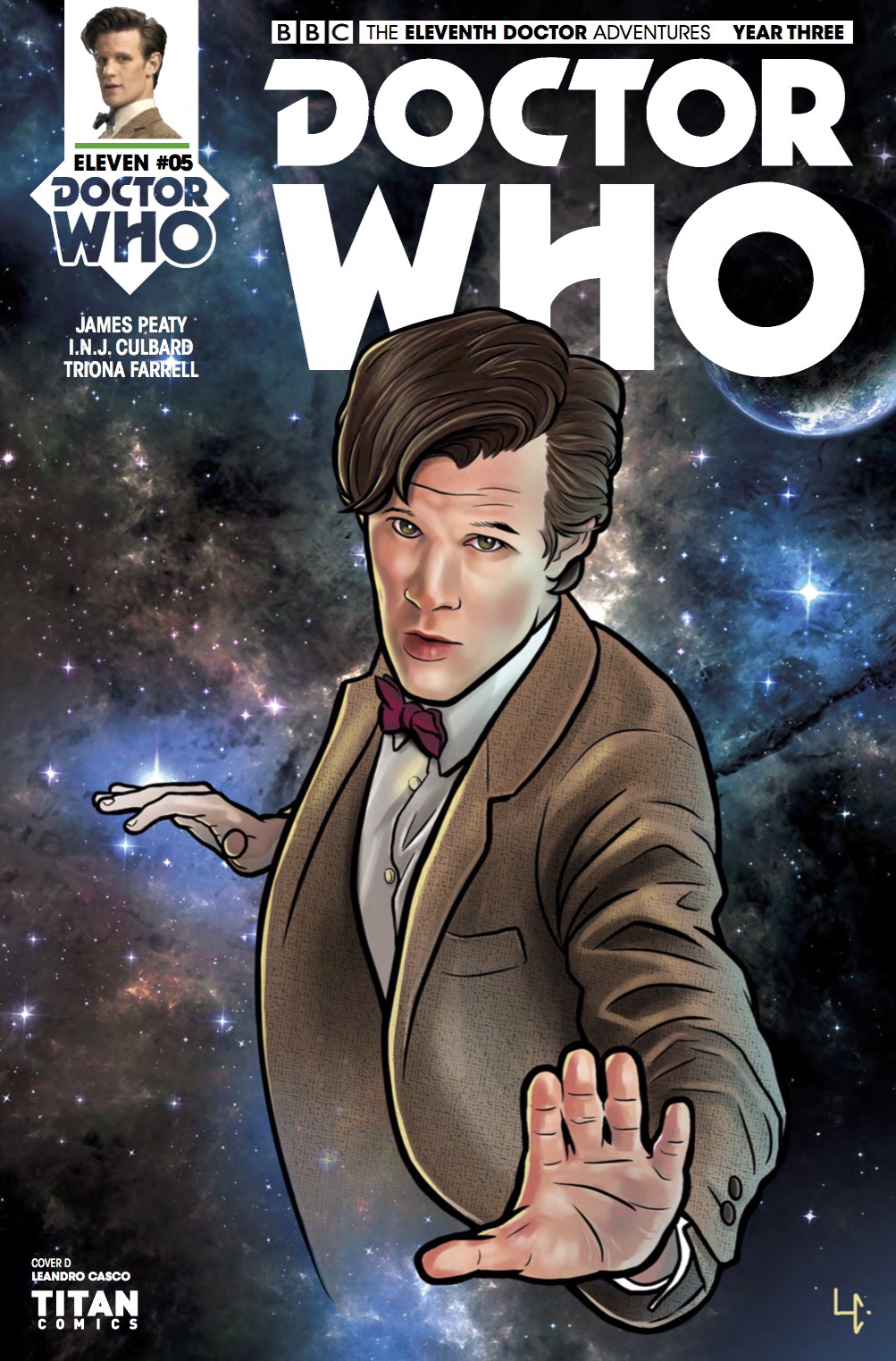 Long ago the emancipated aliens, known as the Ood, sang the Doctor on to his Eleventh regeneration. Now, the Eleventh Doctor, Alice, and their new “child” The Sapling must rescue a faction of still enslaved Ood. This group of the tentacle-mouthed species never heard the song of freedom, that roamed across the galaxy. So of course the Doctor must find out why.

For those who missed out on the previous arc, The Sapling has been infused with the memories of both the Doctor and his companion, Alice. This effectively makes Sapling a combination of their personalities, similar to “Meta-Crisis Doctor” from Season Four of the current Doctor Who television show. It’s also what makes it possible for Sapling to receive an ominous summons from the Ood, and begin the adventure.

The creative team works in callbacks to Ood television episodes throughout the issue. “Satan’s Pit” is referenced with The Devil’s Eye blackhole. “Planet of the Ood” comes into play with the Doctor explaining how the song of the Ood should have freed all of their race. References of the adventure taking place on a galaxy class pleasure hub might make fans recall anything from “Frontier in Space” to “Time of the Angels,” “Flesh and Stone,” or “A Christmas Carol.” ‘Galaxy Class’ is a common designation in the Doctor Who universe.

The art team of Culbard and Farrell evoke a subdued pop art feel throughout the book. Clean outlines, flat colors without massive character shading, and duo-toned backgrounds contribute to the vibrant storytelling. Clear panel outlines and gutters are broken less than a handful of times for maximum effect. This heightens pacing during moments of intensity.

Peaty’s dialogue layers in the effervescent and childlike nature of the Eleventh Doctor with cultural references. This comic takes a step by including a group that has only ever been spoken of in the television show: Friends of the Ood. The vigilante liberation group has been worked in, with a plot twist.

On first reading it’s an interesting choice that makes for tense drama. After sitting with it for awhile, I questioned if it reads just as tone deaf as the original introduction of the Ood, in the television series. On the flip-side, it could be a call-out of ally groups who are really only looking for personal glory. This plot can be an interesting discussion starter about what it means to be a true ally.

The moral implications about the “Friends of the Ood” role in this story should be debated. Readers who haven’t revisited the end of the Tenth Doctor’s story might need a refresher, for full appreciation. Overall, there is enough context to enjoy the story, as it stands. There are no deep dives into plot points, or set up from previous issues. There are also no profiles of the companions. This story is more of a straight-up adventure.

With moral discussion starters, lots of running, and giant blackhole this standalone issue is “Ood”-les of fun. (No, I’m not ashamed and I will not apologize for saying that.)