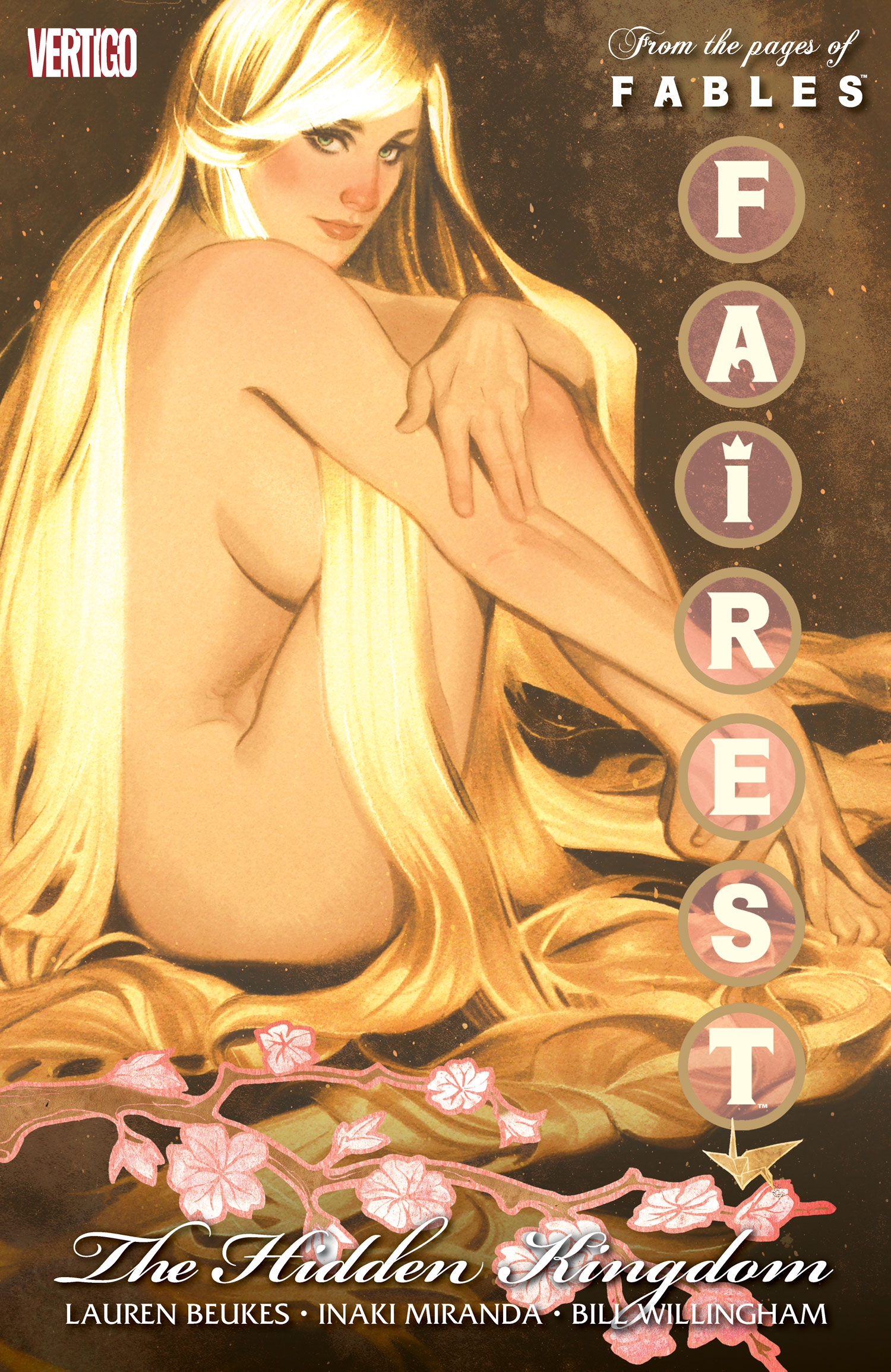 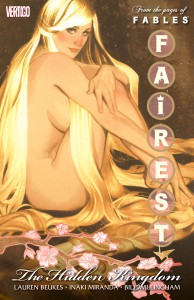 The legend of Rapunzel gets a new twist, as fans of Vertigo’s Fables are treated to an adventure starring the lass of long locks moving her way through Japanese culture and history to find her long-lost children. Summoned back to Japan to relive her medieval wanderings and the love she shared with one woman — a kitsune (fox) — Rapunzel must make things right between her and the people she left behind before arriving in Fabletown. Meanwhile, her mother Frau Totenkinder has other plans for the magic Rapunzel once vowed to restore, leading to an all-out gang war between legends in the streets of downtown Tokyo.

Lauren Beukes is one of a select few to write in Bill Willingham’s sandbox of Fables characters, and she unquestionably lives up to the feat presented in this volume, largely focused on the relationship between Rapunzel and Tomoko, the fox woman of Japanese legend. It’s a largely sensitive portrayal of romantic love, however sad, in a series with few LGBT characters to date, and one that keeps the tradition of tragedy alive in Japanese mythologies despite the flip in genders. Rapunzel is certainly no angel here, driven by understandably selfish motivations, nor is any other player in the grand scheme. From Mayumi — the Japanese urban legend of a woman with a grisly surgical smile — to Totenkinder with her (clearly) ulterior motives, characters float in and out of the tapestry of the story to leave behind the sense that no one is getting exactly what they want, despite their best efforts. The rich well of Japanese legends brought into the story is a nice change of pace from the usual standard of European fables which populate the main series, and it seems to go along with this title’s other, unspoken mission to bring Western and Eastern mythologies together, as Willingham did so eloquently in volume one of the series. Certainly, seeing an anthropomorphic Panda brandishing an automatic weapon has got to please even the most jaded reader.

Inaki Miranda introduces a vision for the Hidden Kingdom that lets readers continue to uncover more and more ideas upon every page through. As someone who is not well versed in Japanese lore, I found the combination of Miranda’s detailed pencils and Beukes’ subtle references enough to gain context, and in some cases, experience great glee in recognizing some aspect of the culture I’d absorbed and thought lost to memory long ago. Of particular note is Miranda’s transformation of Rapunzel into the look and inspiration for the spectral woman of Ringu, blending more contemporary ideas of Japanese myth with ancient lore quite effectively. While the art does seem to deteriorate slightly over the course of the six issue arc, ending in a rather under-detailed final chapter, so many of the artistic interludes along the way compel prolonged attention and make that faltering a minor blip in an otherwise well-crafted book.

The volume does wrap up with a short story by Willingham himself, drawn by master artist Barry Kitson, starring the Princess Alder, tree nymph and beloved daughter to the Adversary himself. It’s a cute tale of a predictably mismatched date gone wrong that makes for a fun contrast to the otherwise dramatic contents of the volume. Like most of the Fables universe to date, this volume proves that the opportunities for great storytelling are limitless when it comes to these characters, and Fairest continues to stand up to its parent book in quality and sheer entertainment value. I can’t wait to see what the ladies of Fabletown have to offer us next.