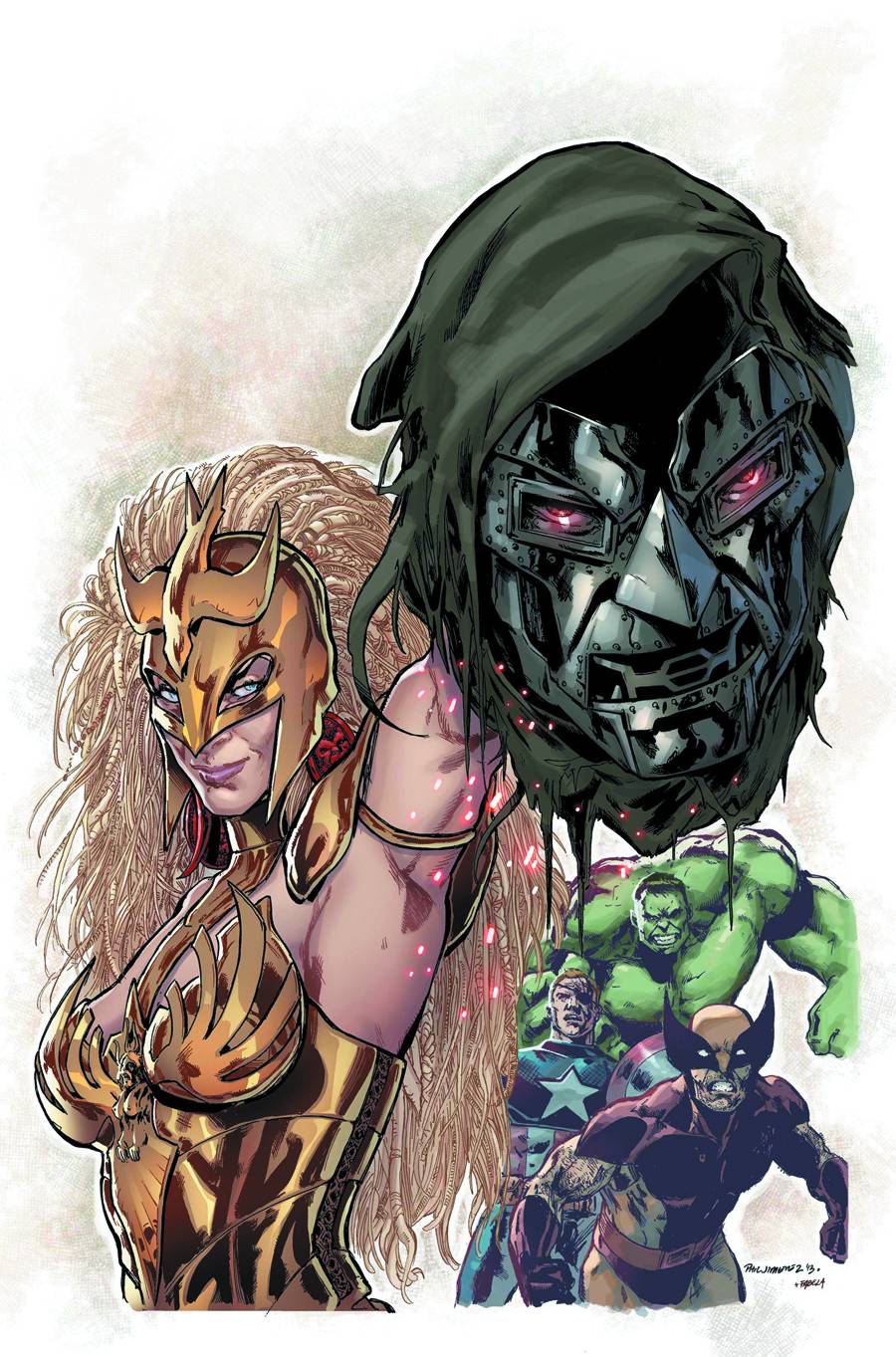 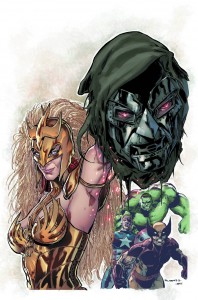 The Age of Ultron universe is not only an alternate timeline of what is currently happening in the Marvel Universe, but has created its own second continuity since a planned assassination was carried out this last month. However, instead of creating confusing plot points or trying constantly figure out where the story is going, Fearless Defenders #4AU creates an environment rich story that does not necessarily require much context (although reading the opening page summary always helps.)

In the wake of Ultron being stopped, this new timeline is run by Doctor Doom and Morgana Le Fey. Needless to say, the handful of heroes still in existence will not stand for this.

The book is littered with cameos both from the Avengers team as well as characters (both good and evil) from the current Fearless Defenders run. However, reading the series is not necessary in order to enjoy this edition (but it is a lot of fun picking them out!)

Phil Jimenez’s art has a complicated simplicity to it. The book is normally drawn by Will Sliney which features a more stylized feel, and Age of Ultron has featured Brandon Peterson’s detailed work. This book seems to let those two ideals come together so that if you are coming in from either series there will be familiar touch, no matter what. Also, Jimenez’s treatment of Hippolyta makes her look very healthy and physically fit, instead of over exaggerated as her costume could easily lend itself to looking. This, combined with Antonio Fabela’s almost mood inspired colors helps it to fit in well with the Age of Ultron series.

This edition does not have the usual quips or tongue-in-cheek nature that the Fearless Defenders series normally features. Yet, Cullen Bunn does a great job of capturing the adventuring spirit of Warrior Woman (Hippolyta) placed in this world where so much has gone wrong, because they heroes that needed to be there are not.

Finally, the best part of this tie-in can be summed up in one word that should be just enough to tempt, without spoiling anything: Mjölnir.