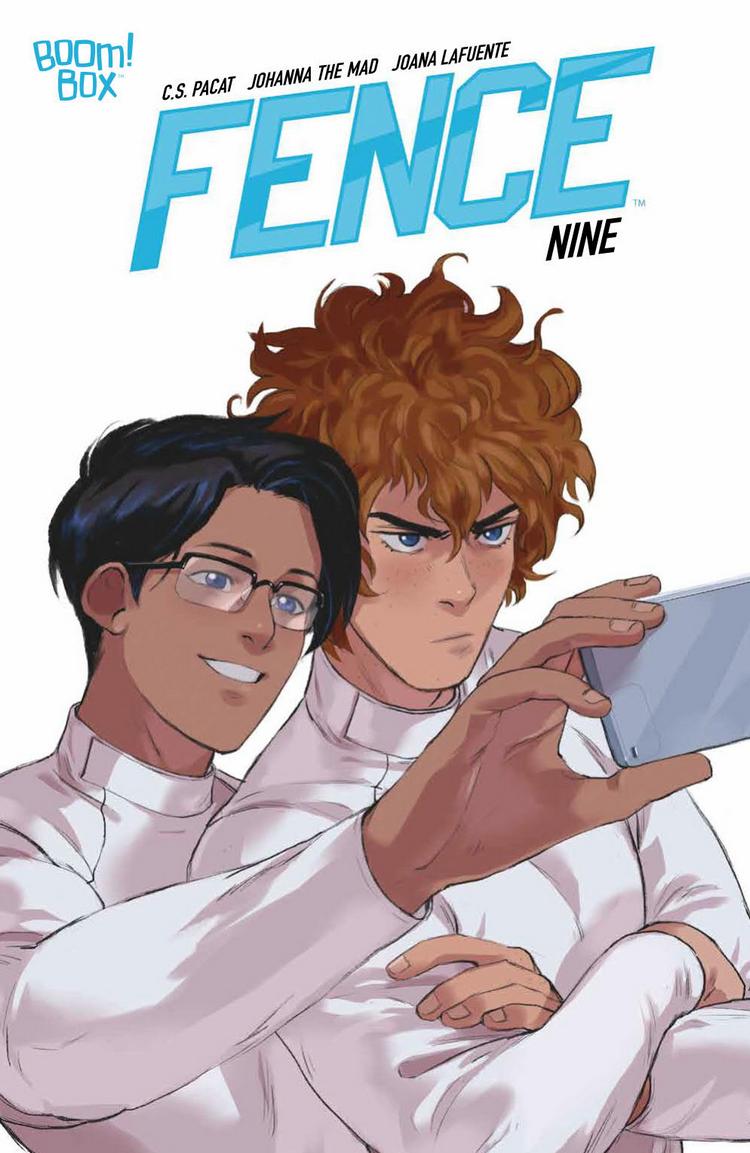 So just like I never knew I loved sports anime, Fence is helping me realize I love sports comics.

As their tournament has progressed, it’s now Nicholas and Kally who come face to face and both of them have a lot on the line. As they reminisce about their time fencing, they come to their match, equally determined. When all is said and done, they both face a new turmoil, regardless of winner or loser, and their future is still somewhat uncertain.

One of the things I love about Fence is how it’s come into its own voice and tone. This issue in particular leans into not just the dramatics, but the levity that can be inserted into a story. A well-blended mix of comedy and critical character moments have certainly made this series an enjoyable one.

C.S. Pacat had to incorporate quite a few characters into this story and all of them are rendered with distinction. Making sure that each character has their own voice is no small task, so it’s nice to see them all stand out with their own personalities and motivations. The set-up for Nicholas and Kally’s match is well-executed, outlining the stakes and their investment into how the story is moving forward. The resolution is interesting as well, considering that Pacat gives Kally a tearful progression while Nicholas is immediately thrust into a new conflict, which I feel makes the story more dynamic.

Johanna the Mad does well in this comic by keeping consistent form and being able to capitalize on emphatic emotional expressions. Character design is relatively simple, giving room for variance in movement and emotion through the comic. Johanna’s style is built on versatility, and I like how that manifests as quick shifts in the characters’ expressions, which I feel enhances the story and touches on how even the smallest conversations are imbued with a multitude of feelings.

Joana Lafuente’s colors are a spectacle through the use of blocking and contrast. Particularly for this story, since most of the characters stay in their fencing gear, the shifting background colors provide an excellent emotional effect. Neutral backgrounds work with plot progression, highlighting dialogue and action, while the stronger backgrounds in reds and blues intensify characters’ emotions.

I’m never not delighted by an issue of Fence, a comic that ends up hitting lots of beats I love in any media, but especially comics. The creative team has definitely worked together to create a vital part of this story that manages to take a rather isolated period of time and express it with clarity and palpable emotion. Fence #9 is a quick read with a quick pace and it’s certainly a good one.