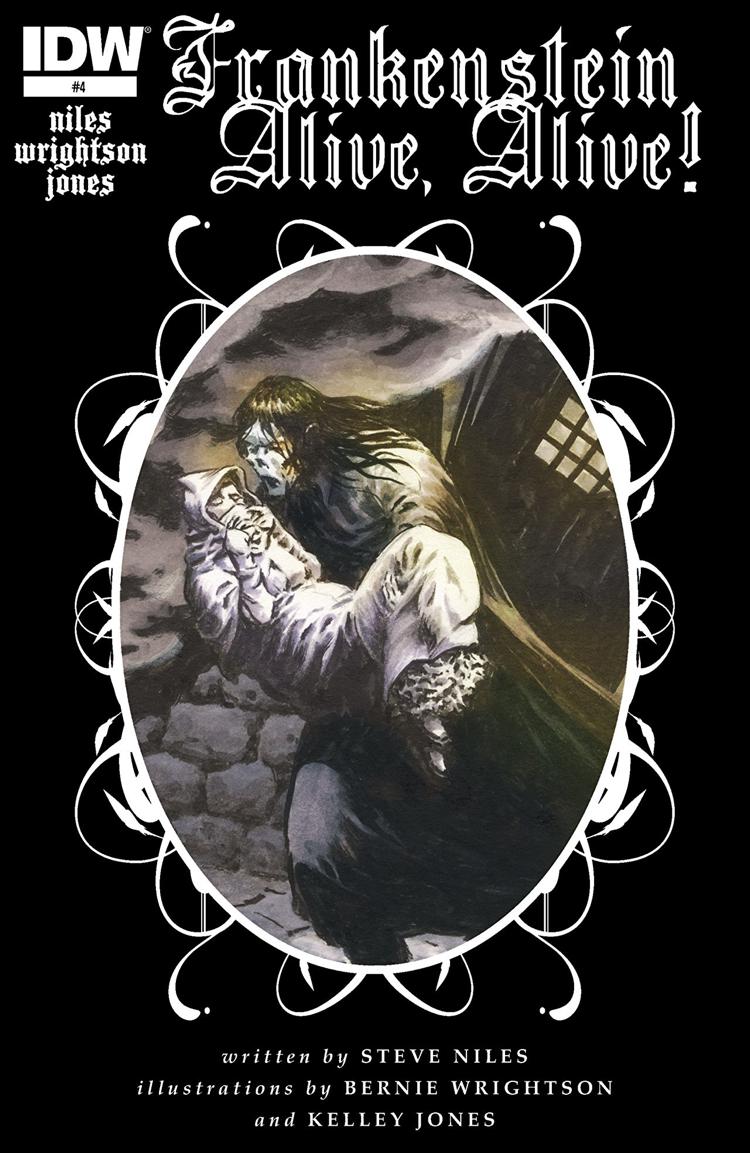 Just under six years after its debut, this remarkable mini-series comes to an end with a sad tale made sadder by the knowledge it is the last work of one of the greatest artists in comics history.

Though only five pages of the book were completed by Bernie Wrightson before his death in 2017, Steve Niles found a perfect partner in Kelley Jones to honor Wrightson’s legacy and close this story.

A sequel to the original novel, Frankenstein Alive, Alive! finds the nameless creature years after the events of the novel as he continues to search for his place in the world. Readers should track down Wrightson’s beautifully illustrated version for a more complete experience, mostly for the art but also because the novel is significantly different than most of the film versions of the story.

Jones doesn’t copy Wrightson’s style to hide the differences, rather he finds a middle ground between them to have the story flow while consciously drawing attention to the pages that are Wrightson’s. Indeed, the bold choice to have Jones’ pages toned in blue-grey and Wrightson’s in the original brown announces to the reader which is which. Jones is not taking over, he is paying homage.

The story is told using almost exclusively narrative boxes, and Robbins works well integrating the boxes with the flow of the art, particularly by matching the motion of the figures during the tensest scenes.

I am so grateful Niles and Jones came together to finish this series. Rather than issue a trade of an incomplete work with 5 scattered pages in as a footnote, this issue allows us to have a final, complete, story from a comics legend.