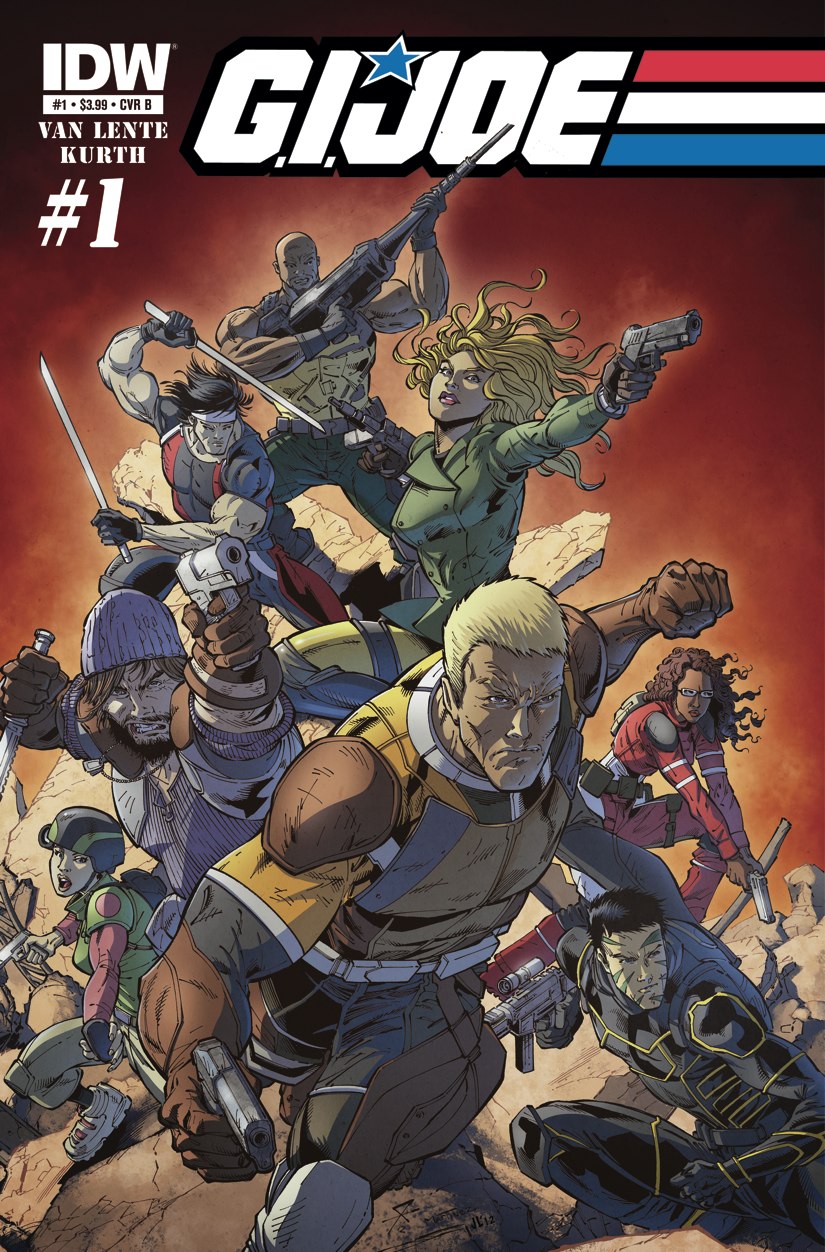 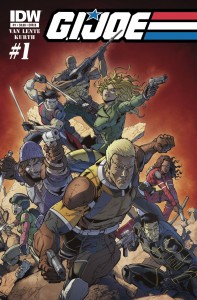 This week, a new G.I. Joe title launches, with a whole new take on the Joes we know and love. Having been outed to the public by COBRA, the Joint Services Special Counterterrorist Group will no longer be a covert unit, but will operate openly as the public face of, well, um, I’m actually not sure what exactly.1

But before we even deal with that, let’s chuckle with Duke’s incredulity that the government plans to produce G.I. Joe toys — that’s right, G.I. Joe action figures are now an in-continuity thing — and acknowledge the pure marketing bravado behind IDW’s reinvigoration of its G.I. Joe titles. If you’re not totally sold on the Joes as a strike team operating in the public eye, there’s also going to be Chuck Dixon and Paul Gulacy’s G.I. Joe: Special Missions, in which Scarlett and Mainframe will lead their own separate covert team. There’s also Larry Hama’s G.I. Joe: A Real American Hero which will continue the stories Hama started in the 1980s. (“With the original numbering!”) That’s right, not only are there going to be three2 G.I. Joe titles, but two independent continuities. See, DC? You can totally have your cake and eat it, too.

For all this, let me say that G.I. Joe is a perfectly competent comic book.3 Considered absolutely on its own, taking the Joes public is a perfectly serviceable way to throw some old characters into new situations. If what you’ve always wanted was to see what the Joes would do in the middle of Black Hawk Down, then this is the book for you.

On the whole though, I’m not a big fan of considering things absolutely on their own. It’s a bit strange to read a military fantasy title trying to reinvent itself by placing its characters into something trying to resemble contemporary media culture in a way that seems predicated on totally ignoring how contemporary media culture has already reshaped the way that we understand (I feel like I need to throw that word into scare quotes) war and the functioning of our armed forces.

I’m ultimately the wrong person to write with any sort of authority on the reality of the armed forces, so I’m going to end instead by pointing out that there’s a certain tension between the pleasures of a fantasy military book and the actual fear and uncertainty of the realities of international politics and conflict.4 There is, therefore, a problem (and maybe even a danger) in attempting to make a fantasy somehow more timely or relevant.

What ends up happening in G.I. Joe is that it ends up drawing on (and, in turn, feeding) the narrative that has fueled the worst elements of the past decade’s “war on terror.” In G.I. Joe, COBRA functions as exactly the sort of organization that people tend to imagine Islamic extremists to be — the sort of people who could set up or turn an entire town within U.S. borders to their purposes without anyone knowing. Worse, it reinforces the idea that it’s unnecessary to try to understand (or even acknowledge the humanity of) groups or organizations which might pose any sort of threat, since with COBRA, there really is nothing to understand. COBRA operates as an entirely non-specific “evil.” There’s no real agenda or purpose other than hurting people, and their grunts are literally faceless as they die. (But no longer bloodless, because everyone shooting at each other and missing is so 80s.)

And out of all this, the celebrity angle might be much less objectionable than the decision to re-stage a version of real events stripped of all their context. After all, G.I. Joe was always a celebrity fantasy, even when its operations were “covert,” but even here, G.I. Joe #1 still feels like ground that Youngblood tread, without many rewards, twenty years ago.

1. Seriously, what exactly is the purpose of a public — and not even public really so much as celebrity — counterterrorist unit? An exercise in U.S. military photogeneity?

3. Even if it doesn’t take much effort to step outside the confines of general competence. The drawing of the Baroness on the last page, for example, is clearly meant to be fanboy-bait, but I’m genuinely worried that she might have had some sort of undiagnosed scoliosis as a child. Or maybe she had a chiropractic appointment that went terribly wrong. Or maybe it’s just really annoying that the Hawkeye Initiative appears to still have taught us nothing.

4. This is to say nothing of the post-Vietnam recognition in mass culture that combat itself is anything but pleasant.