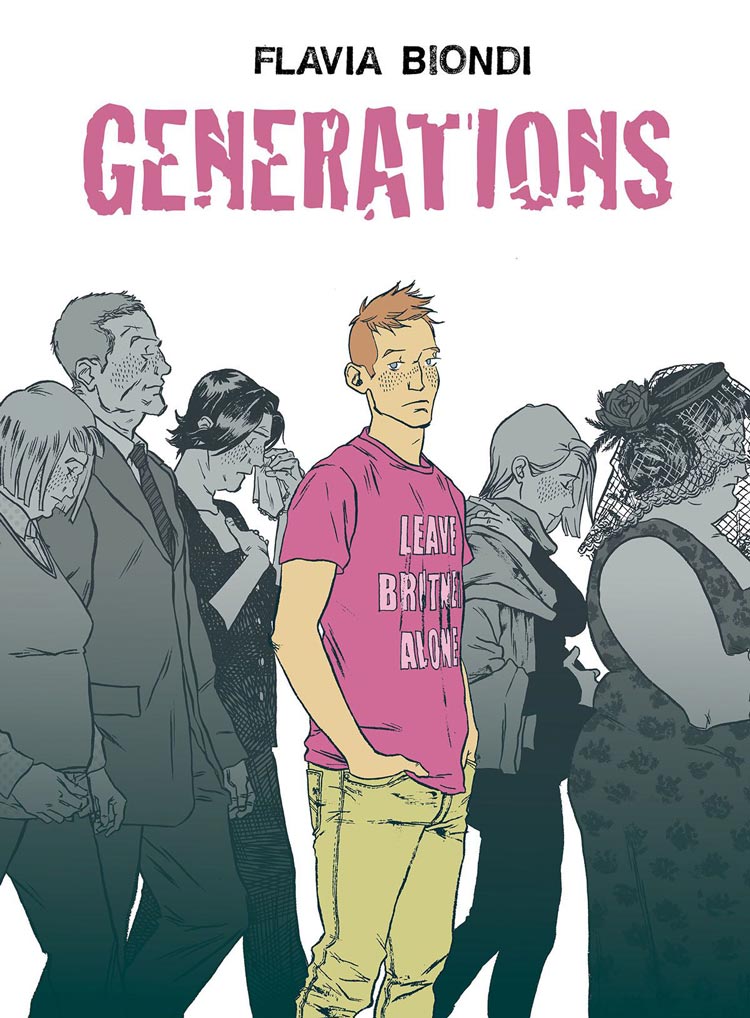 Matteo has been in Milan for three years, away from his family, away from his hometown, living with a man he fell in love with. Now, the relationship has fizzled, and Matteo finds his way back to the village outside Florence where his father and extended family live. Only he didn’t leave on such good terms. Settling back in “temporarily” with his grandmother, three aunts, and very pregnant (and unwed) cousin, Matteo has to decide what he’s going to do with his life — and when the best time is to face his father once again.

I’ve been married a long time, functionally for almost 20 years. It’s interesting what you forget about being alone in all that time. I can count on one hand the nights I’ve spent apart from my husband, and on less than a hand the number of times we’ve gone to bed angry at each other. That’s not necessarily astounding, but it belies the fact that it’s been a long time since I’ve felt the weight of heartbreak and loneliness the way the character Matteo does in Generations.

It kind of surprised me on second read on fast that sense flushed back into my chest. That sense beyond just being alone, and extending into a very real belief that what you are experiencing right in this moment can never change. That movement is not possible. That there is no one else who will come in and make it all better, and that you’re not equipped to make it better on your own. It’s lovers and family and society and basic happiness that are so far away as to be completely unachievable.

Even now my hand is shaking a little as I type.

The thing about Generations that’s really fascinating is that this is how it starts. We’re given this character, Matteo, who’s midway in his coming out journey (although one can argue no one ever quite completes that task in our culture), especially in regards to his more traditional, small town family. He’s left the big city and the loud, proud gays, both lover and friends. And that is a defeat of sorts for him, certainly.

Back right where he was 3 years ago. No motion forward.

But what Flavia Biondi does so surreptitiously with Generations is shift the narrative without my quite understanding it’s happening. Until it has. This isn’t just Matteo’s story.

It’s never just Matteo’s (or any one individual’s) story.

We are part of a chain of relationships and reactions, cause and effect, repeat mistakes and new opportunities to be better over the course of years, decades, generations, and people. We are both at once unique and so terribly connected to everyone around us, and most especially our families.

It’s a sad truth that many queer people don’t have the opportunity (or desire) to remain engaged with their families post-coming out, as the trauma of that interaction is too great. That isn’t necessarily the story Biondi is telling here, but you do feel that kind of internal dread that Matteo has for reveal, especially since neither he nor his father ever revealed his sexuality (or the argument they had three years prior) to the rest of the family.

And so we’re treated initially to what seems like caricatures of old aunt biddies in the form of Auntie A, Auntie B, and Auntie C, all living with their mother in a small home, now taking one more mouth to feed in. Yet, Biondi’s seductive characterization of the women, and the slow revelation of their histories — and exactly how that impacts their reaction to Matteo both before and after the revelation of his gayness — really takes over the narrative in a deeply pleasurable way.

Biondi, serving as both writer and illustrator on the black and white project, captures Matteo’s slacker posture and heavy eyelids as if the depression or repression he’s experiencing is a physical force exerted on his body. You can contrast it so beautifully with the lightness of his friends in Milan (available via Skype) and Nan’s nurse Francesco. Anger, frustration, emotional exhaustion — it all comes through in Biondi’s ink line and shading, punctuated by the cascade motion of Bolzoni and Torsoli’s careful lettering. It’s almost like the words drift across the page, held afloat by the density of the air around the family.

Ultimately, this is a story that’s so much richer than one man’s coming out story. It’s far more about moving forward in your life. Finding the motivation to grow from inside and not simply from those around you. But also, if you’re lucky, finding a way to bring those people closer to you as well.

There’s a lot to absorb in this graphic novel, and it’s a safe bet that readers will leave it feeling like it was about so much more than another coming out story. Those stories are deeply important, still, and that’s living here. But the framework of the larger world and sense of history that story slides into with Generations is impressive to contemplate and moving to experience. Take a shot at experiencing it with Matteo. You won’t be sorry.