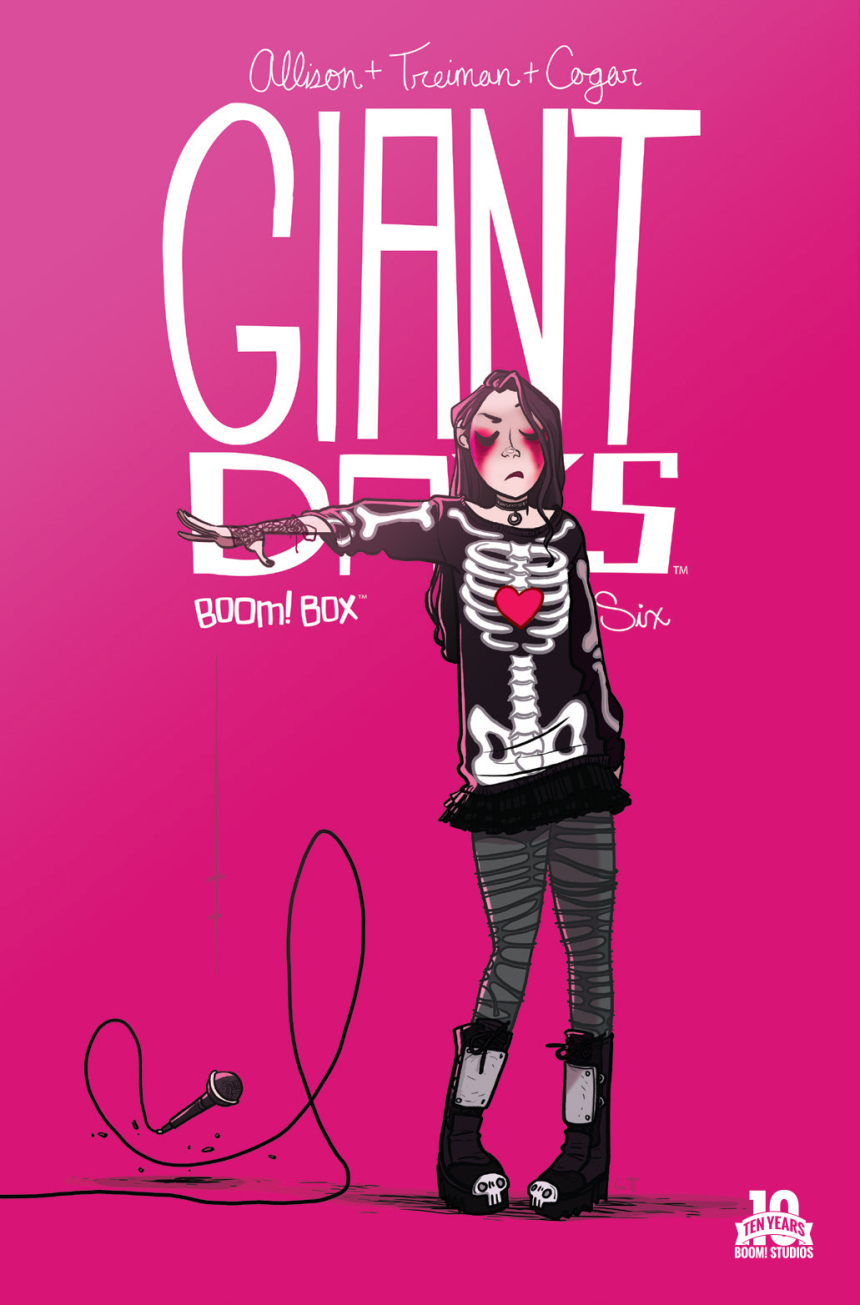 There’s a secret ingredient in John Allison’s work, and it’s that special, fuzzy four letter word: love. Let me venture back in time for a moment and explain myself. I picked up the first issue of Giant Days at random one day, when I was browsing at my local comic book store — Secret Headquarters.

From its vibrant yellow cover, featuring Esther squatting on a suitcase and texting, I thought the series would probably be a good character driven piece. Little did I know the extreme depths of affection I would go on to have for every character, the series as a whole, and the creative team behind the magic. Now six issues deep, I’m so confident in John Allison’s voice and storytelling that I’m more hooked than ever before.

For anyone who might be unfamiliar with Giant Days (no judgement, but, what are you reading?), it’s about three college freshmen who live in the same dorm and become fast friends, sharing the drama that we all experienced growing up. Issue #6 stands out to me as being slightly different than the previous five – different in a refreshing way. Esther and Daisy’s persistent search for their pal Susan sees them each take on a detective role of sorts, very Harriet the Spy-esque.

Of course, this identity fits Esther more than it does Daisy, who is such an endearing worry wart, “she told us to come because of an emergency… maybe the emergency consumed her.” Allison has a tremendous amount of respect for his characters – this is evident in the way they reveal their various neurosis with such vulnerability and honesty that we as an audience are never alienated; only brought a step closer. I, too, often feel the anxieties that Daisy feels, and I champion her ability be an open book and unmask the skeletons in her closet.

The hipster world gets a cheeky shout out in this issue, and it was so spot on that I wondered if Allison might reside in Silverlake? Then I remembered he’s a British boy. The detail that goes into the world that he creates with artist Lissa Treiman and colorist Whitney Cogar is just magnificent. Even seemingly small details, like the name and design of the bar, are all so well planned out. Nothing ever feels forced, or too easy.

From Daisy’s wild flurry of emotions and ‘advanced mantra,’ to Esther’s hilarious iPhone app (I hope it works), to Susan’s ingenuity in dealing with the rather unhinged Karen, this issue shows revelations of character in a well-told story. I liked that we were on a mission, I feel like I really was walking around town, looking for my friend Susan.

Lastly, I assume that John Allison was never a woman, but he really does capture these female voices extremely well. Each character is not only distinct, but I have genuine feelings for them. I experience their highs and lows, their successes and their failures. In fact, I was talking to my colleague Paul about this the other day, and he said, “You know, I just want to be all their friends.” I think that’s so perfect. That’s what I want, too.