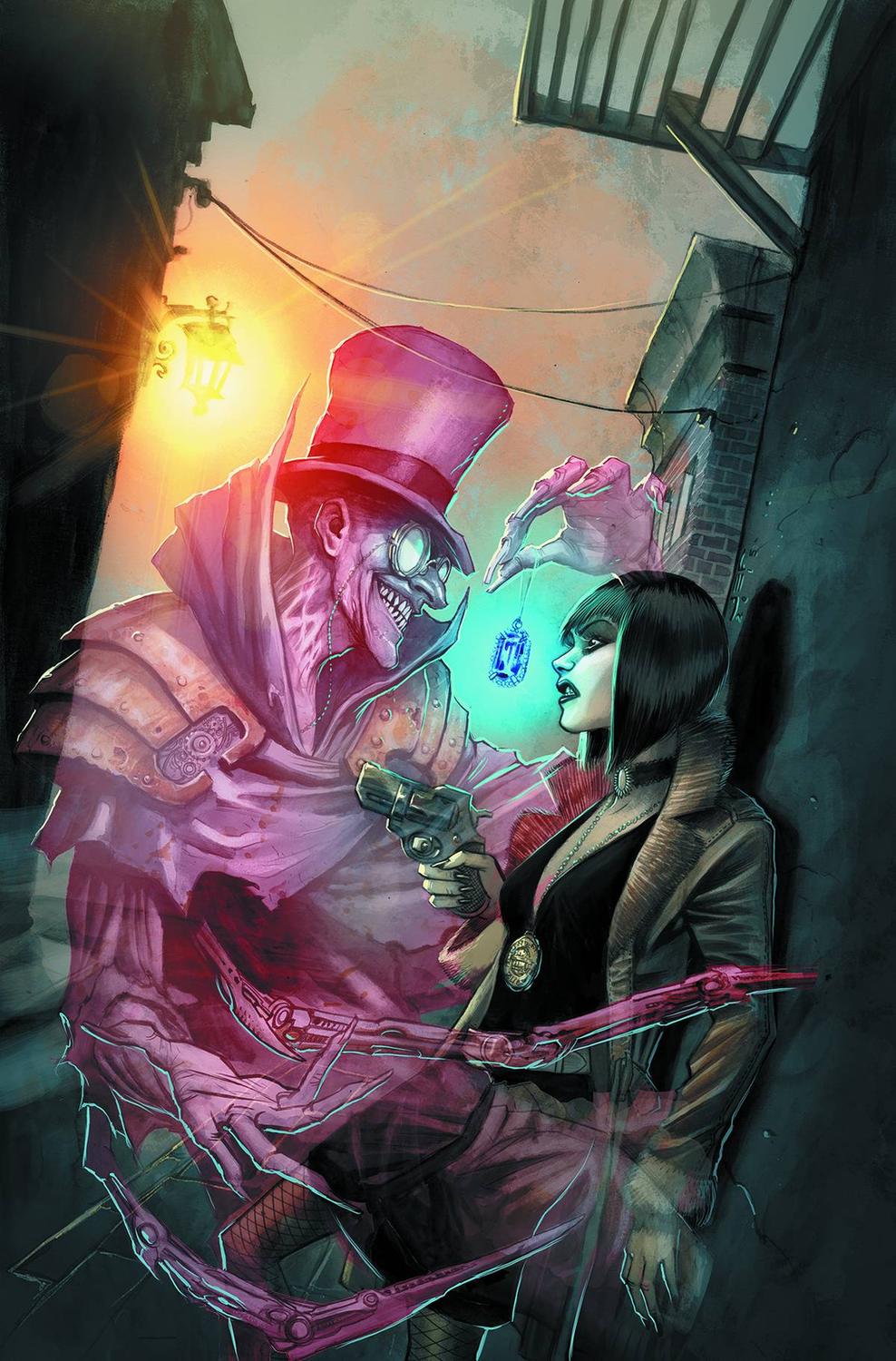 Detectives Jim Corrigan and Lisa Drake have an assignment. Stop and capture the so-called Gentleman Ghost. A legend for more than 100 years, the ghostly Jim Craddock has taken one victim and he may have his eye on one more — Detective Drake herself.

There are very few things as satisfying as supernatural noir. The setting is always night. The heroes gruff and unnerved. The villains seductive and deadly. And always — always a gothic twist that threatens to destroy everything.

Combining all of those elements with a classic cop set-up… that’s music to my ears. That’s the premise of Gotham By Midnight — Gotham Central by way of The Spectre. And boy, does Ray Fawkes ever deliver.

With this Annual in particular, we’re narrowed in on Corrigan — the Spectre’s current human host — and Drake as partners, with the other members of the squad taking a breather for the most part. Fawkes gives us a fairly nice rapport between the two without falling into an X-Files trope of the weird one and the skeptic. There are no skeptics here, but sure enough, Corrigan’s as weird as Mulder ever was (although I’d hazard a guess that Fox would have been much more weird if he had an agent of God’s vengeance living inside his brain.

Where Fawkes’s storytelling really shines, however, is in the reconceptualization of the Gentleman Ghost into a lothario of sorts. The character has a long history which certainly involved him being cursed, but not for such an unjust reasoning. As a result, this charm — the Gentleman’s gentlemanliness — is a power in itself, and seeing it enacted on both Corrigan and Drake is pretty compelling. You have to feel something for Craddock, especially with the Spectre on the way, and his curse is sadly inconsequential to the detective’s quest.

Where the issue falls short, unfortunately, is in the visuals — and I mean that literally enough. The art is actually quite strong. Duce’s pencils are clean and solid. His depiction of Craddock as having quite a handsomely seductive presence is fantastic. The Spectre’s impending arrival crackles with energy on the page. The art is, as I said, strong.

But it’s not of the style or stylistic level of the art on the monthly series. Both pencillers to date have demonstrated different, but largely expressive, styles that have given this book a painterly quality to be ogled and admired. Duce’s work is well done, but it feels too… normal by comparison. And that’s unfortunate.

Nevertheless, in and of itself, the art on Gotham by Midnight Annual #1 tells a story that, while contained, certainly opens a few doors into Lisa Drake’s psyche for the reader. And that’s a welcome delight. Fawkes is completely in his element with this book and am thrilled to see it on the stands — and on my pull list — every month.

Cops. Noir. And a big freaking ghost of terrifying justice. It doesn’t get better than that.