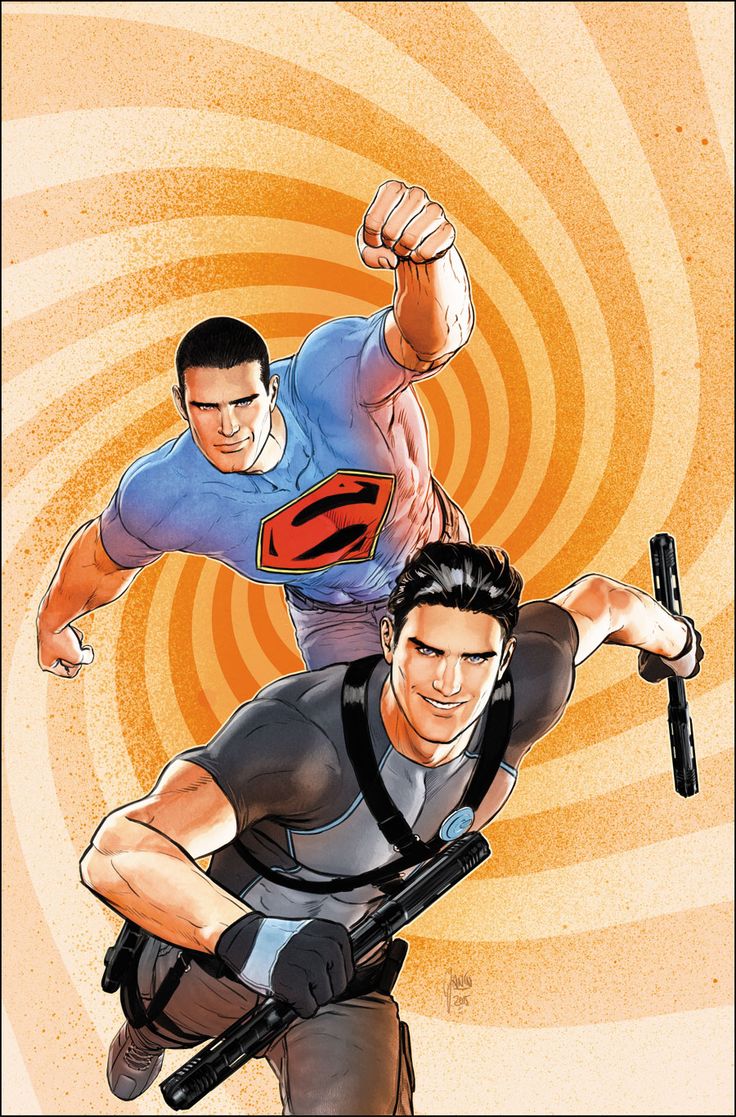 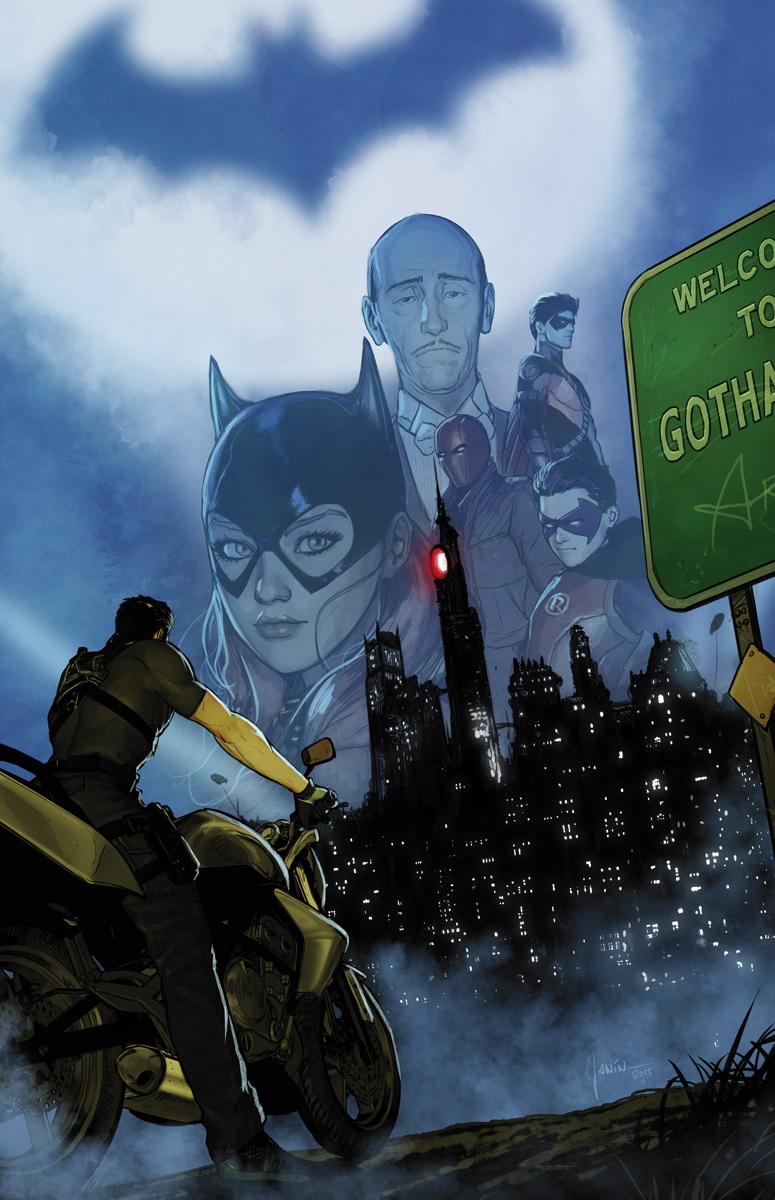 I suppose both can be true at different parts of our lives, for different reasons. And for Dick Grayson, the question comes at a very particular time.

His mentor Bruce Wayne is a complete amnesiac with little hope of recovery. The world thinks he’s dead (including his siblings and ex-girlfriend), except for the man who supposedly killed him, who just happens to be the archenemy of the greatest super-hero in the world. And he just quit the most insidious spy agency in the world, but they won’t take no for an answer.

As all these elements come to a head, what Seeley and King offer us at the end of the first year of Grayson is a chance to see what happens when Dick more or less becomes Nightwing again. And I’ve got to say, I don’t like it.

Mind you, I love that I don’t like it, if that makes any sense. The story the writers are telling with Grayson is likely the first time we’ve seen the former boy wonder grow out of who he’s been, not just into something else. The return to Gotham featured in Grayson #12 (and continued in Annual #2) isn’t about picking up where Nightwing left off. I think we’re made to believe that’s what Dick would want. And who wouldn’t? It’s always more comfortable — safer — to slide back into a life where you know you have support, where you know you can succeed on particular terms.

Dick Grayson was an exceptional super-hero. He was a capable sidekick, a trustworthy colleague, and even a successful Batman. But he’s none of those things anymore. The clothes don’t fit, and he’s on another path.

As a character, this clearly makes Dick intensely uncomfortable. We see him casting all sorts of self-doubt in his exchange with Superman, who, frankly, isn’t much help given his own current setbacks and crisis of confidence. Seeley’s script for that scene initially irked me quite a bit, as it left Dick with platitudes and not much of an actually genuine confidence boost. But that’s clearly the point. Superman doesn’t have that to offer to Grayson anymore. I’m not even sure Batman would. He’s playing on a whole new level, quite possibly above them, and that makes me — as a reader — very, very uncomfortable. But also very excited.

I get the trouble with going home again, especially with a character for whom independence wasn’t really a choice. And Seeley and King have done a tremendous job of teasing out all the wonder in each of those relationships as they currently stand. The reaction from Barbara to Dick’s return was one of two I would have anticipated (the more cerebral one, in keeping with her current solo series tone), but the interactions between Dick and the other Robins —  Damian, Tim, and Jason — is just magnificent. Each reaction is unique and voiced perfectly, especially as the youngest beams with joy in a way we rarely get to experience with the character.

By contrast, the adventure between Dick and Superman in the Annual feels a bit more forced and connects less for me overall. Perhaps it’s that they don’t have as personal a relationship, but the parallels between Dick’s unmasked life and Clark’s just don’t ring true to me. But part of that could be this: I see Grayson as a step up for Dick, and I think issue #12 proves it better than anything. Yes, they’re both moderately human, working on their wits in new surroundings and with new challenges. But Clark is depowered. Dick is empowered, no matter what sacrifice that’s been.

Martinez’s pencils in Annual #2 are strong, giving us a perfectly beautiful set of gentlemen fighting their way through the Fist of Cain (which seems oddly simplified in mission since their last appearance). The acrobatics from both Clark and Dick are probably my favorite part of the issue — aside from the gorgeous full page rendering of Blockbuster at the story’s start — and give the entire issue a little bit of what Janin performs somersaults to accomplish every month: that controlled, graceful feeling of movement across the page.

And that factor is certainly at play in issue #12, despite so much of the issue being about conversations between Dick and his family. The emotions on every character’s face (when they have a face!) are extraordinary, from Bruce’s confusion to Barbara’s clear hurt to Damian’s joy. But the action scene, particularly between Dick and Agent Zero — the former Batwoman, whose real name has been revealed to match her already revealed parentage — is to die for. They way Janin breaks the page here just reinforces this labrynthian feeling of Spyral’s hooks, while the openness of single full pages for his interactions with family just makes a wonderful contrast between the pressure of a double life and the ease with which you share with family, no matter how long you’ve been gone.

I could go on with praise for Seeley and King’s massive amount of dialogue research to provide us with moments from Dick’s past. I could write an entire speculative piece on Agent Zero and what we could be expecting in the next two months as more of her story unfolds. But the greatest takeaway I have with these two issues — and their depiction of a necessarily short return to the nest — is this: Grayson has elevated, by choice or not.

And what this means in practical terms is, I may never feel comfortable with him as a super-hero again, because I can’t see Dick feeling comfortable there either. It’s not that he’s darkened or hardened, as he seems to imply to Superman. No, it’s that he’s grown. And some homes you can’t just go back to once you’ve left. From now on, Batman and company are going to have to come to him, not the other way around. And that feels right.