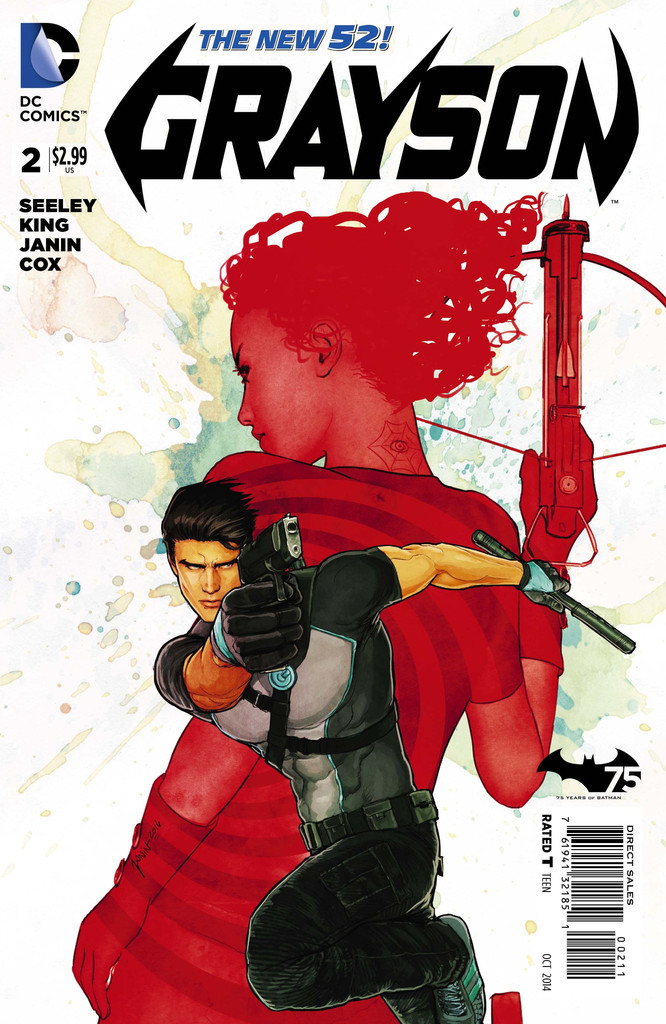 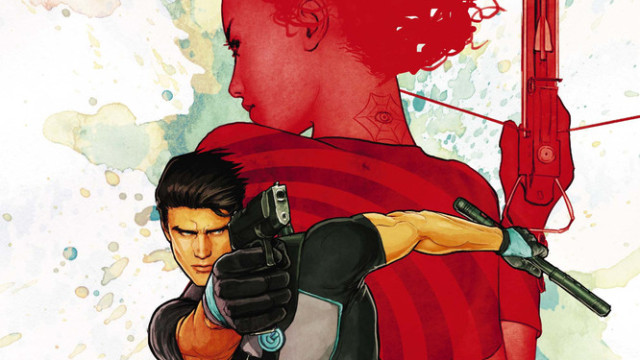 We see a little bit more of the world Spyral inhabits as Dick Grayson settles in at St. Hadrian’s Finishing School, England’s premier training ground for spies and Batwomen, among other things. As The Matron (as Ms. Bertinelli is known to the students) gives her lesson on crossbow, Agent 37 contacts his mentor under the radar — risking everything to protect against Spyral’s deconstruction of the super-hero community.

It’s an interesting juxtaposition to see so many disparate characters referenced in a single issue that have so much in common. As Grayson gets used to his new commander, Mr. Minos, he is simultaneously in contact with Mr. Malone — the Batman’s code name in this brave new world Dick has been inserted into. The Midnighter remains as well to play a key role in the ongoing story, leaving me with the primary question: is Grayson good enough to beat the Batman, even an erstwhile one? I’m kind of leaning toward yes, to be honest.

And that’s really the crux of this book in the long run. Can Dick Grayson stand on his own? Does he need to? Yes and no.

Part of the delight writers Tim Seeley and Tom King are bringing to the table is the actual reunion of father and son post-Death of the Family, in a more meaningful way than we’ve seen in a very long time. It’s again curious that the connection between Bruce and Dick becomes so clear when only operating over an encrypted telephone line, but that really speaks to the complexity of their relationship.

What I absolutely have to spoil — and genuinely must applaud Seeley for above all else — is giving us a Batman (not Bruce Wayne, but Batman) who expresses actual joy in his children. And laughs.

And it felt real.

That alone is worth the price of admission — to get your heartstrings pulled. Mikel Janin lends his exceptionally fine skills to the same, giving us a Dick Grayson who still knows who he is inside, despite the strange surroundings (not to mention a smiling Batman. For real. It made me glow inside.).

His Helena is unmistakably beautiful without being treated like a sexy lamp AT ALL. She’s rendered as skilled, agile, and well clothed for her mission — which I know is ridiculous to point out, but in relation to so many comics? Practically a miracle. Her role in the story, working alongside Grayson, fits so seamlessly that it makes me frantically happy we got Helena Bertinelli AND Helena Wayne in the New 52. Both women are bringing the best of their histories forward in the freshest, most daring way possible. In the Matron’s case, we owe Seeley and Janin quite a debt for such. They made it work beautifully.

A second issue that one-upped its first, if only because of the emotional moments slid in between the recon, Grayson #2 proves that if you stick mightily to the core of a character, no matter what their external circumstances are, you’ll be letting the best of him or her shine through.