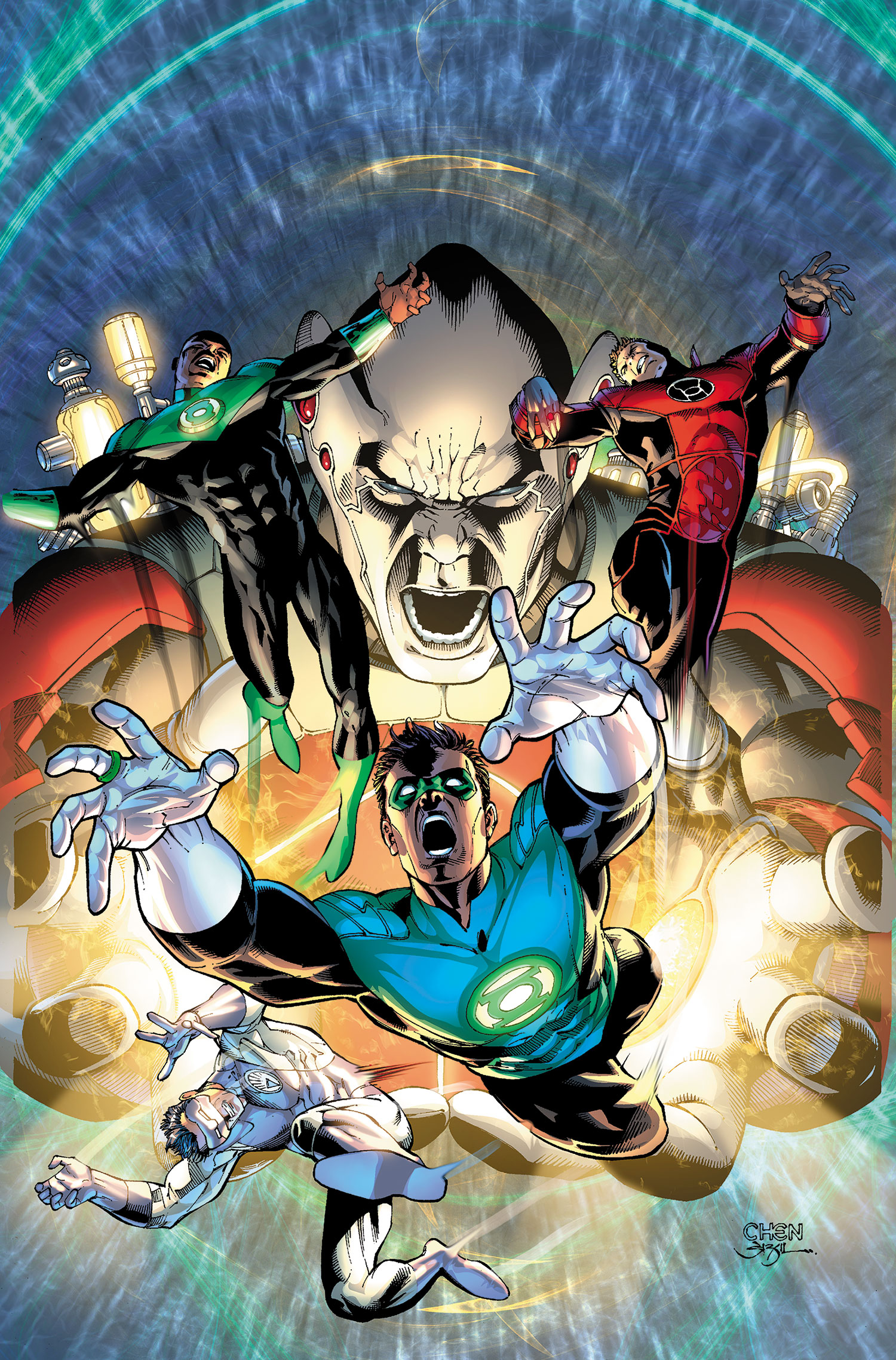 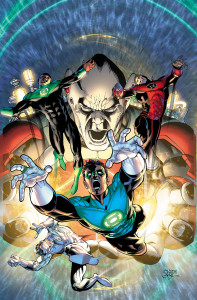 Hats off to Robert Venditti for actually delivering on the promise of the Lights Out event: the status quo for the Green Lantern universe has been changed, and there will be real consequences. I’ve read a lot of Green Lantern events (this happens when you’re married to the world’s biggest fan of the GL Johns run), and this one ranks up there with Blackest Night and Secret Origins. This story presented Hal Jordan & Co. with a question: Can we fight this? In a move that is both brave and bold, the answer was “No.”

This review contains SPOILERS, so tread carefully. This is the perfect example of how to do a big event without making your readers go broke or sacrificing scope and grandeur. Keep them contained, tightly written, and well-coordinated. Interestingly, the big change to the Lantern mythos actually occurred in the first issue of the crossover: the light is a limited resource. That took a bit of the punch out of the final issue for me, but the permanence of it (as much as these things can be permanent) is a big deal. The Green Lantern oath itself means something different now. Are you willing to deplete the life force of the universe to catch Kanjar-Ro for the thousandth time? That’s a big question.

Making the light finite also reestablishes a much needed limitation on the Green Lanterns. Under Johns, they got a bit overpowered. The weakness to yellow (which was dumb) was removed, the ban on killing lifted. The only limitation on the ring was the user, and all of our main characters (Hal, John, Guy and Kyle) are heroic, standup dudes. You can’t have a superhero be too powerful. You run into early Superman syndrome – before the weakness to magic and kryptonite, literally NOTHING could beat him. That makes a story boring. You have to have a chink in the armor, so to speak. This is a fascinating one.

The destruction of Oa leads to a new gig for Mogo. The entities are gone, following Grant Morrison’s “toys back in the toybox” adage. Natromo deus ex machina’d a new central battery suspiciously quickly. Everyone thinks Kyle is dead. Frankly, I wish they’d gone through with it, not because I hate Kyle (I don’t), but because it would have been another bold move. Given how much DC loves controversy these days, I’m surprised they didn’t kill him. It felt a bit like a cheap bait-and-switch. Still, I look forward to what comes next for him. I do have questions about the notable absence of Parallax, the yellow entity. Why did the plan work without it? What happens now that Parallax is the only entity left?

I don’t know if I’ve seen this artist’s work anywhere before, but something about it was off. It wasn’t bad, but the faces were too variable panel to panel. Once people got their masks off towards the end, it looked much better. The whole issue was bright and colorful and space battle-y, but I’ll be glad to go back to the regular art teams in the individual books.

Venditti said that this is the story he pitched to DC Editorial that got him the Green Lantern book. I think they made the right call. I’m left with questions about the future of not just the Green Lantern Corps, but ring-slingers in general.  For me, this beat the pants off of Rebirth because it takes nothing for granted. I can’t ask for more out of my superhero storytelling.