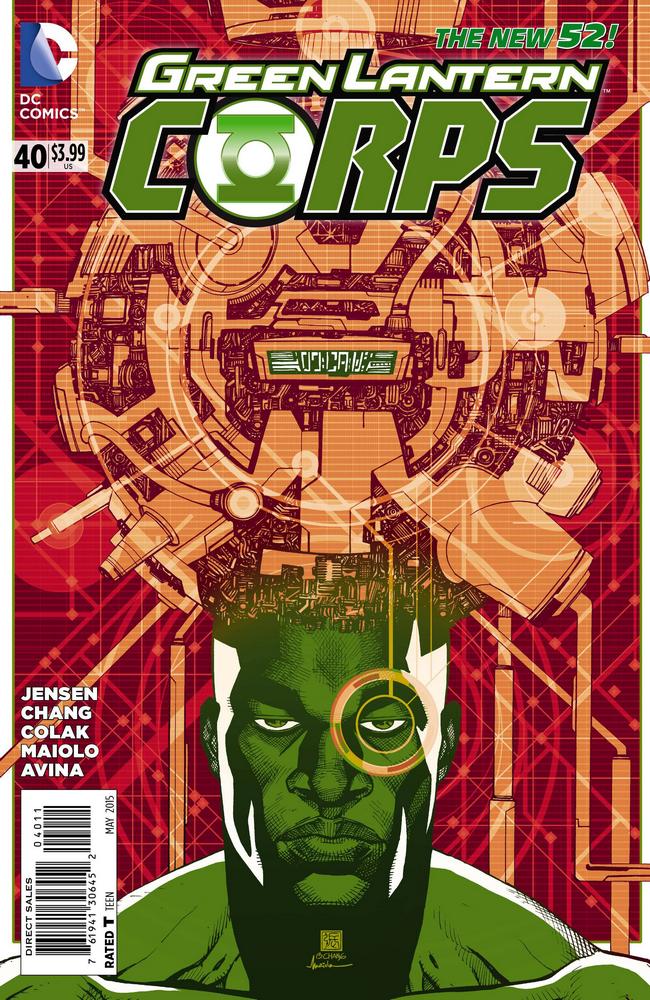 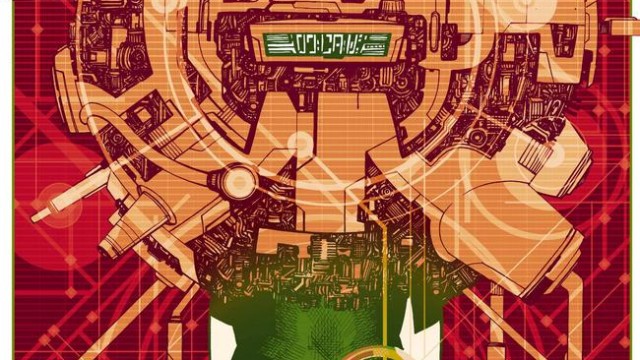 Van Jensen’s run on Green Lantern Corps comes to an end as he sends John Stewart and the recruits he and Robert Venditti brought into the Corps off in style.

Van Jensen wraps up this mini-arc nicely, forcing John Stewart to face his greatest fear and choose to drive past it and triumph. Stewart and his Corps team are up against a threat that is fully willing to go to the catastrophic level, and these crew valiant throws that green light around to thwart them, which may seem straightforward, but with this 40th issue it just feels right. Each of the crew gets some solid page time, but Stewart is the star of this book and it was great to see him “own” this storyline. This is a threat that I’d argue only John Stewart could neutralize properly and I applaud Jensen for making this issue very John-centric. The dialogue is strong, the plot is very solid and the pacing is perfect, ending in a way that suits this arc very well. Jensen has made his mark with this series and established himself as a solid team & cosmic writer, and I’ll be following him very closely after this strong run on GLC.

Bernard Chang does what he has done for his whole time on this comic, delivering rock solid artwork on every page he is involved with. He splits duties with Mirko Colak in this issue, and their styles don’t gel seamlessly, but the issue works overall. I preferred Chang’s crisp work, as it provided a platform for Marcelo Maiolo to really light the pages up, with Colak’s work (who I assume was working with colourist Tony Avina) being much more subdued. Neither artist fails to deliver the story, that is for sure and this book is easy on the eyes. This art team is sending out the title on a high note and where Bernard Chang leads, I will be following.

Green Lantern Corps #40 is the end of an era, and a fitting one for these characters. The creative team says goodbye with this issue and they do it in a very strong way by telling a good story. This is John Stewart at his best with some really interesting Corps members that we’ve seen come all the way, Van Jensen and Bernard Chang have done quite a job with Green Lantern Corps.