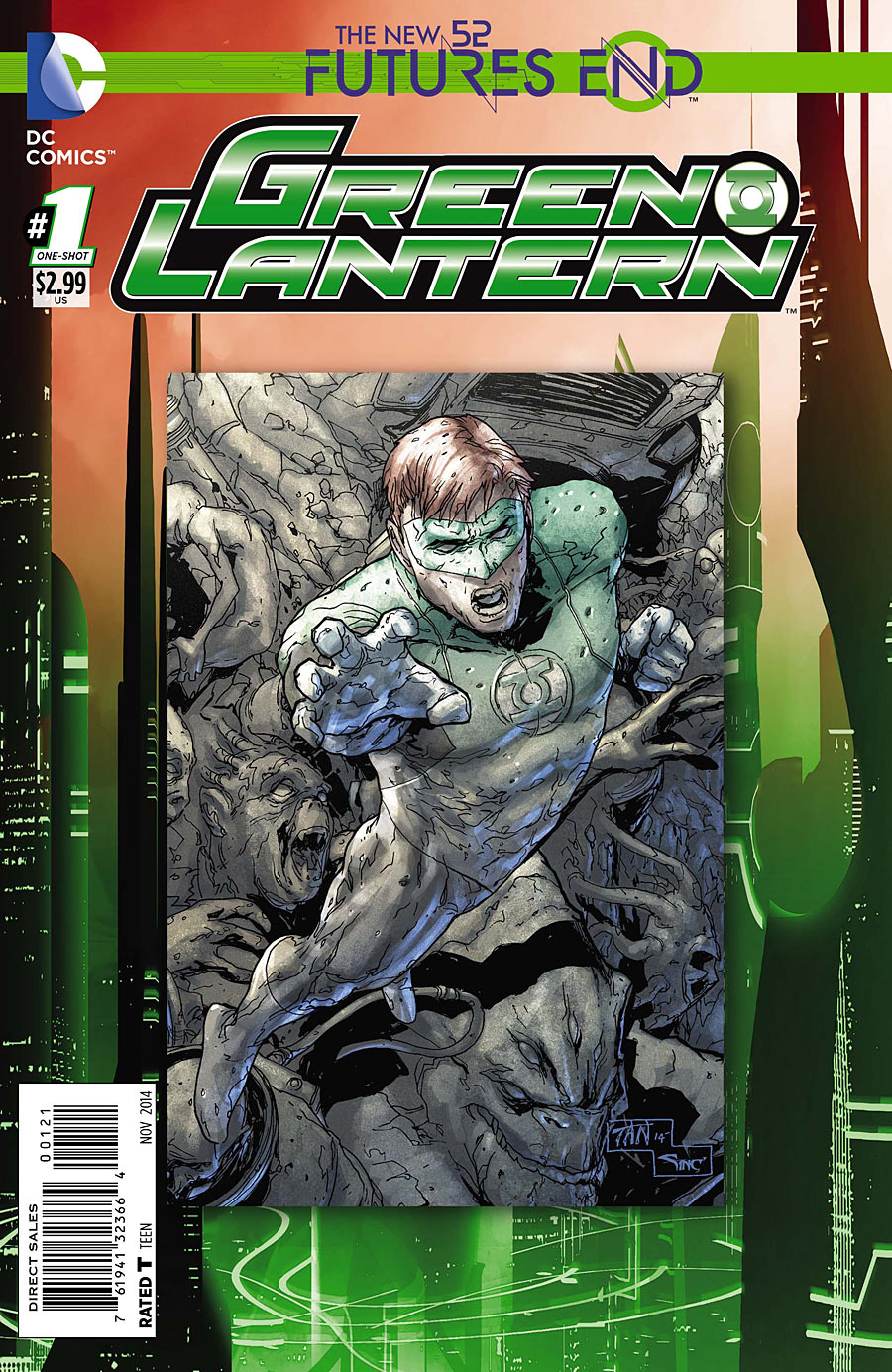 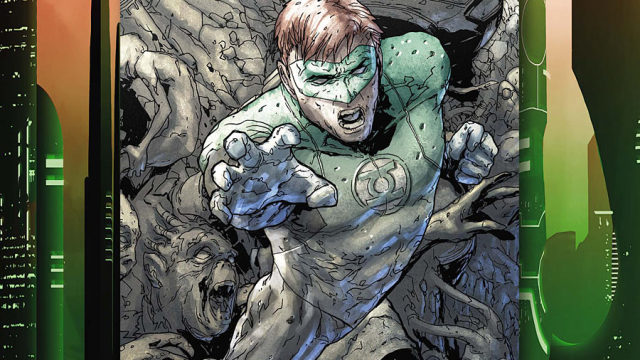 The Black Lanterns return to raise hell for Hal Jordan as he teams up with an unlikely ally, Relic, in the Futures End issue of Green Lantern.

Robert Venditti brings Relic back into the fold to tell a very strong, contained tale about Hal Jordan that highlights why he is one of the greatest Green Lanterns of all time. This issue cuts right to the heart of the man, giving Hal some time with his father and some time being the best there is, excelling at doing the right thing when the odds are stacked against him. Venditti ties this story into Futures End very vaguely, but makes it apparent early on that Green Lantern has next to no role in the event so there is little to tie in. He deftly shifts focus to a set of events that Lantern fans will enjoy as they call back to Villains Month of last year very well and showcase a “villain” that I have enjoyed very much, Relic. Relic is the perfect foil for Hal Jordan and the banter between the two characters in this issue keeps the story light and cheeky despite what is occurring, and makes the emotional beats hit that much stronger when they occur. This issue is filled with clever call backs to many Green Lantern tales in the New 52, and those small easter eggs, for lack of a better term, do a great job of unifying this story to the current continuity. This issue doesn’t feel like a random “might happen” story, but rather a culmination of events five years in the making and that makes it quite exciting.

Issues like this, even though it is a one-shot set in the middle of an event that some will consider a stretch to include Green Lantern in, further solidify Venditti as a great Lantern writer. He knows how to cut to the heart of these characters and highlight their strengths and weaknesses while delivering a good ol’ fashioned space adventure for readers who love to see those constructs flying. This is not an easy balance to achieve, but Venditti nails it in this issue.

The art by Coccolo and Lopestri is solid from start to finish and very in tune with Billy Tan’s series style (so much so that I thought this issue was penciled by Tan). Because of their adherence to Tan’s style, this story immediately feels like it is an integral part of the current storylines. There is no doubting it’s integration with plots that Venditti and Tan have collaborated on, and the issue looks and feels completely relevant and not like a random one shot. The duo handle both the slow moments with Hal’s father and the action packed, high octane moments very well. Hal is just the right amount of cocky and fearless, with Han Solo-esque grins at just the right time and Relic is as towering and calculating as ever. The Black Lanterns are cold and lifeless and small touches throughout the issue, such as Hal appearing to crowd surf while his “light show” is happening take this issue to the next level and give readers a lot to enjoy visually to compliment the strong script.

While Green Lantern: Futures End #1 doesn’t necessarily add a lot to the Futures End weekly title, there is so much to enjoy here that it doesn’t overly matter. This is a must read for Green Lantern fans, and any readers considering skipping this month, assuming nothing relevant to the main series will occur should definitely reconsider. Venditti is throwing all kinds of smoke right now and readers get to reap the rewards of having a Green Lantern title that is on fire.